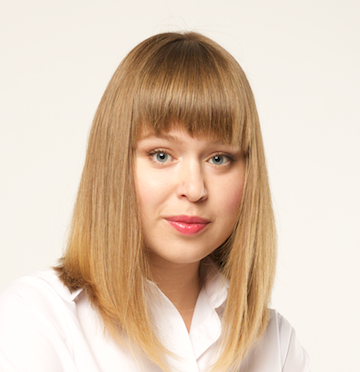 She was the first Ukrainian to graduate from Blavatnik School of Government, University of Oxford, and has more than 10 years of experience of advocating Ukraine through public diplomacy projects abroad.

She is a founder of Yellow Blue Strategy NGO, which organized cultural and educational projects and produced documentary films for Aljazeera, ZDF and ARTE. She cofounded and coordinated Witness, a   musical commemorative campaign which marked the 75th Anniversary of Babi Yar tragedy and won Ukraine’s first ever Cannes Lion Award.

She is connected to The Bards, a network within IofC. She was part of the organizing team of CDLS in 2018 and 2019.