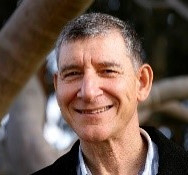 Tony Rinaudo took on his current position of Senior Climate Action Advisor in 2020. He is responsible for advocacy, awareness creation and promotion of sustainable land management practices, particularly Farmer Managed Natural Regeneration (FMNR). He joined World Vision Australia in 1999 after spending 17 years in Niger, where he managed rural development and relief projects and pioneered the development and dissemination of FMNR. From 1999-2011, he held project officer roles for country portfolios (Ethiopia, Kenya, Senegal, Chad). He held a variety of positions between 2011 and 2019, including Principal Natural Resources Advisor.  He was awarded the Right Livelihood Award in 2018 and made a Member of the Order of Australia (General Division) in 2019 in recognition of his work. The FMNR practice itself received the World Future Council’s ‘Best Practice Agro-Ecology’ Award in 2019.