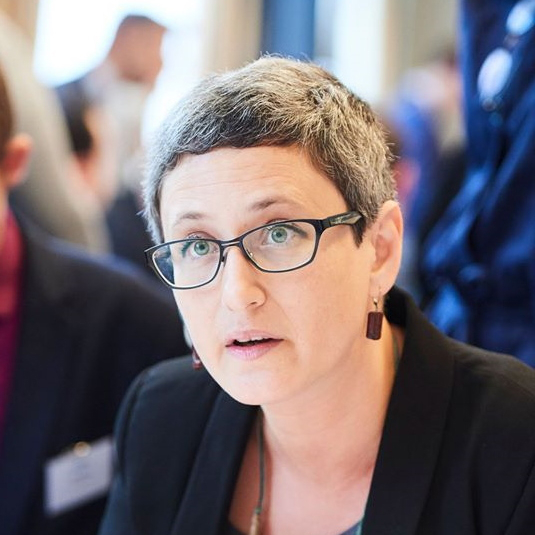 Iryna Brunova-Kalisetska has been involved in conflict and peace studies as a researcher, trainer, dialogue facilitator and author of manuals since 2000, with a focus on identity-based conflicts. Since 2015 she has been an expert/facilitator on a number of dialogue initiatives organized in Ukraine by the Policy Coordination Unit of the Organization for Security and Cooperation in Europe (PCU OSCE). These dialogues have addressed conflict or poor communication between the authorities in Donetsk and Luhansk regions and local communities and activists; conflicts involving journalists and the media, such as the one between media organizations and the Ministry of Defense; and conflicts between the Ministry of Education and minorities in Transcarpathia, Odesa and Chernivtsy regions around the medium of education.

Iryna also has eight years of experience in dialogue on memory issues. She is part of the Ukrainian Network of Dialogue Facilitators (in cooperation with Foundations for Freedom) and with them has designed dialogue elaboration and training programmes for community and civil activists, police, journalists, human rights activists, local authorities, ethnic and religious leaders and other groups. Since 2008 she has been a member of the Working Group on Peace Education of GPPAC (the Global Partnership for the Prevention of Armed Conflict). This has taken her to Moldova-Transnistria, Kyrgyzstan and Tadjikistan.