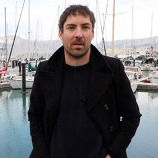 James Nikitine is a French-British citizen originally from the French Alps near Geneva. He is an interdisciplinary marine scientist with extensive experience working in sustainability and climate change communications in Geneva and Oxford.  He holds an MSc in Marine Systems and Policies from the University of Edinburgh and since 2016 has worked producing marine science and policy audiovisual content through his company Manaia Productions. Working all around the globe, he has worked for the International Union for Conservation of Nature, the Prince Albert II of Monaco Foundation, The Pew Trusts, the Ocean Acidification Alliance, the French and British governments. He is a Fellow with the Edmund Hillary Fellowship, a professional diver, underwater videographer and an avid sailor. He recently launched a new ocean science and conservation organisation, Blue Cradle, which aims to operate a sustainable research vessel in the South Pacific region. James currently lives with his family in Ōtautahi-Christchurch, Aotearoa New Zealand.

James will talk about how everything we do on the planet inescapably connects back to the ocean, which covers 71% of the Earth’s surface and 90% of its living space. We cannot truly solve the climate change and biodiversity crises without addressing the fundamental challenges faced in the ocean, which include pollution, overfishing, and the deadly trio caused by climate change: acidification, deoxygenation and warming. We will see how some of the solutions to the  catastrophic risk facing our societies can be found in the oceans – through strong governance, high seas marine protected areas, aquaculture, community-based conservation and blue finance. James is  now based in NZ and is launching Blue Cradle, with the aim of operating a research vessel for the South Pacific regions.