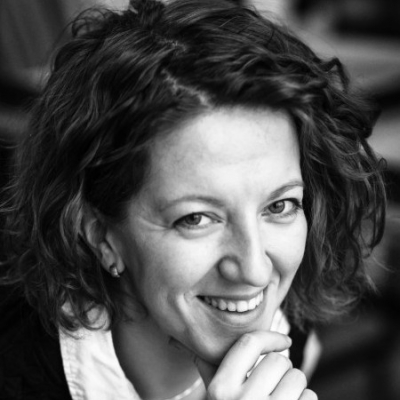 Natasha Borenko was born in Siberia, Russia, graduated in Psychology at Novosibirsk State University in 2008 and obtained an MA in Dramaturgy at St. Petersburg State Theatre Arts Academy in 2013. Original plays and adaptations were staged in theatres of various cities in Russia. Since 2014, she does interdisciplinary horizontally-structured collaborations with artists, educators, peace-builders and activists.

Borenko focuses on socially and politically engaged theatre projects. For her participatory productions with local communities, she applies formats of documentary theatre, Theatre of the Oppressed and site-specific performances. Since 2016, she participates in and initiates international peacekeeping art projects with people from Ukraine and Russia, Caucasus and Chechnya. As a fellow of the Bundeskanzler-Stipendium programme of the Alexander von Humboldt Foundation, she is spending 2019 in Berlin, conducting the research based project “Gender-sensitive theatre as a tool for peacebuilding”.