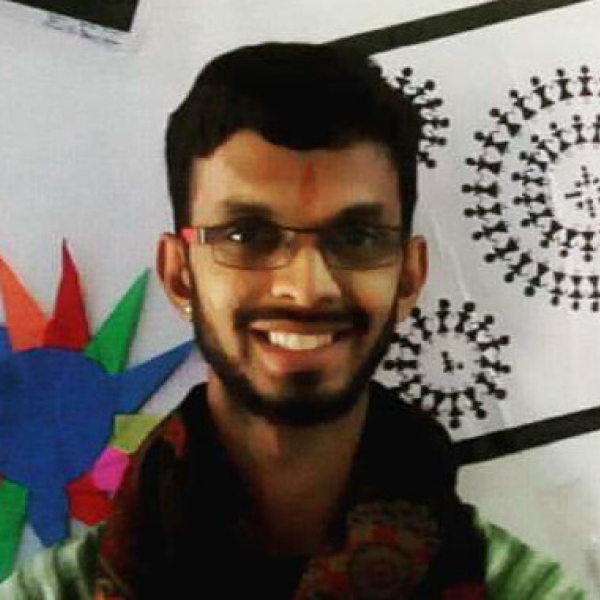 Vijayendra Kadalabal calls himself a 'Non Conventional Educationalist' by profession and has spent more than 3 years working with the indigenous communities from the eastern state of India--Jharkhand. Originally, from the south of India, Vijay has spent his Masters' years in the western state of Maharashtra, earning one in Financial Economics from GIPE, Pune and another in Social Work from TISS, Mumbai, both institutions being among the best in India. Children and youth always enticed him because of their potential to transform the world for the better, so he chose to specialize in working with them. His first rendezvous with peace building happened at Caux Scholars Program at Asia Plateau in 2016-17, to which he was to contribute later again as a coordinator the following year. These experiences streamlined his thoughts, both personally and professionally, and inspired him to pursue his third Masters, in International Development (Poverty, Conflict and Reconstruction) from the University of Manchester as a Chevening Scholar at present. He aspires to return to India post his studies and wants to play a significant role in the educational reforms of the country. An inherent believer in the 'power of collective', he is also a travel freak, a passionate trekker, a movie buff and a trained Classical Carnatic Music singer.