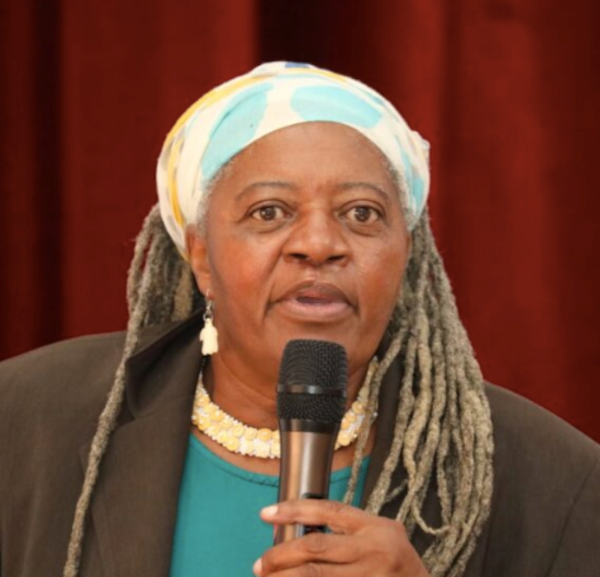 Visolela Rosalinda "Rosa" Namises is a social, gender equality and human rights activist and chief of the /Khomanin people in Namibia. She was a co-founder and director of Women’s Solidarity Namibia, a women’s organization combating gender-based violence in Namibia from 1989 – 2004. Visolela also served as a Member of Parliament from 1999-2005 and again in 2010. Inspired and connected to Mother Earth through her cultural heritage and the power of the ancestors, she has led initiation, healing, and the sacred dance ceremonies for both the Namibian and international communities. She has knowledge of traditional and herbal medicine and is an active member of GEN (Global Ecovillage Network) Africa and Europe Network and serves on its Advisory Board. Visolela Namises is also the founder and main operator of Dolam Residential Child Care, a day-care facility for vulnerable children in Katutura, Namibia.