‘Peace work is not for pessimists or even for realists,’ mediator Antje Herrberg told this year’s Geneva Peace Talks on the International Day of Peace, 21 September, in the Office of the United Nations. ‘You need to be able to give people hope, you have to yourself believe there is hope. Therefore it will be important for you to always trust your own inner compass.’ It takes courage to work for peace and build trust day after day, encounter after encounter. 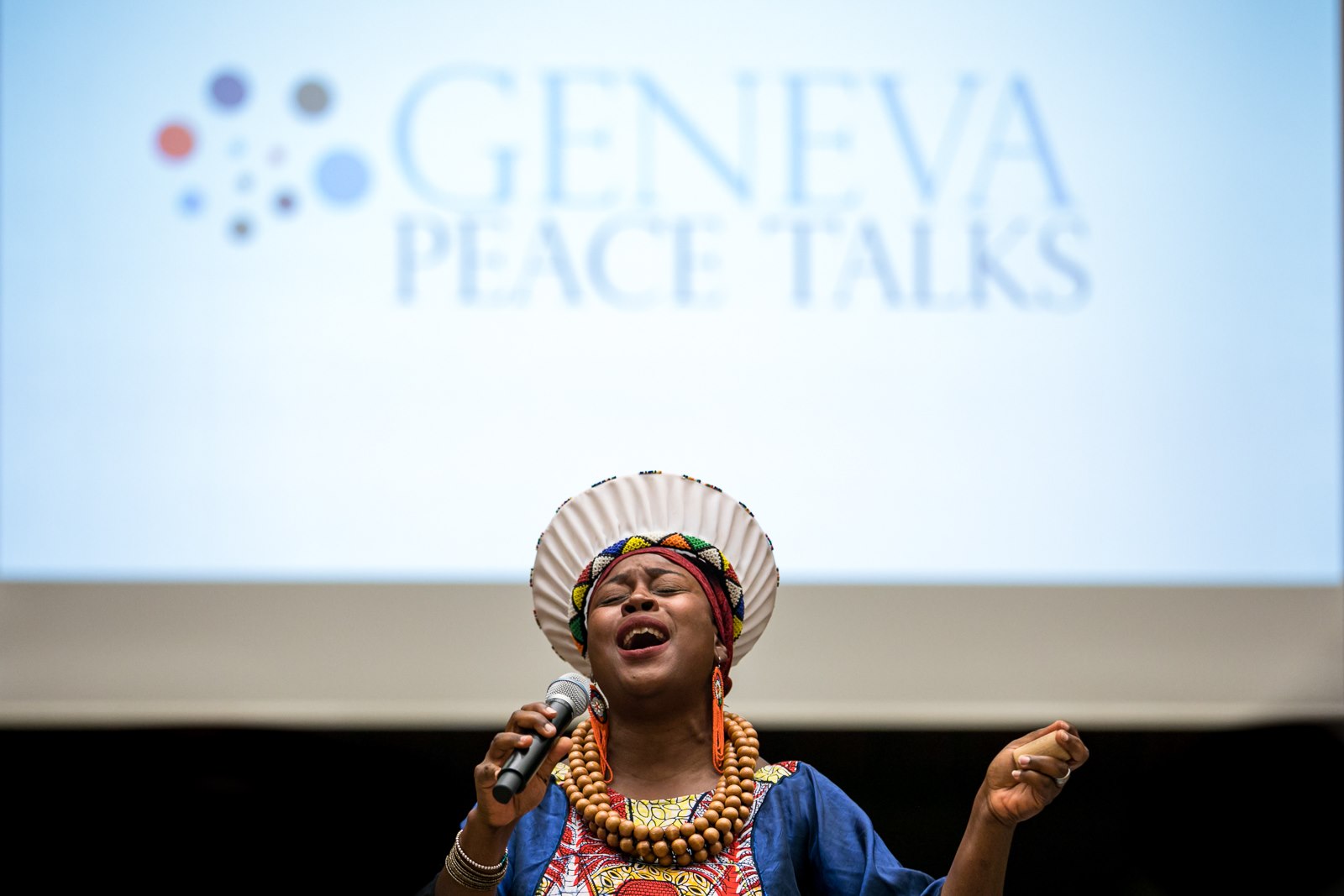 Antje Herrberg, a former Caux Forum speaker and senior mediation advisor at the EU’s European External Action Service, was one of eight people who spoke on ‘Trust Matters’ at the event, which was moderated by IofC’s Rainer Gude and by Sarah Noble, Curator and Co-Creator of the Peace Talks.. Listening to their stories of building trust in different contexts brought not only inspiration but also hope that things can still change.

As Dina Alami, a young activist from Sweden, said, it’s when you feel hopeless that it’s dangerous – when you have nothing to lose, nowhere to belong. You feel hopeless when you are always part of the problem. It takes courage to go beyond this, to decide to trust that there is hope but also to trust in people again.

A young policewoman from Colombia, Coronel Lurangeli Franco, agreed: the first step is always taken with some fear. But, as Eleanor Roosevelt once said: ’Do one thing every day that scares you.’ When we go beyond our fears, we often realize that we did not need to be so fearful after all.

One thing that stayed with me was what Bernardo Arévalo de León said. A former diplomat, who has now been elected to Congress in Guatemala, he acknowledged the current lack of trust in political institutions and authorities. He made the point that trust needs to be earned, but also needs engagement. ‘Stay engaged and trust but verify,’ he said. ‘Trust a bit, then verify if you can keep trusting, then trust a bit more….’

Award-winning Guatemalan filmmaker, César Díaz, maintained that lack of dialogue is a major reason why there is a lack of trust. ‘We don’t have to agree, but we should at least talk with each other, be able to exchange our thoughts and opinions.’ Often the personal story is a reflection of the collective/ societal story. He argued that dialogue can be facilitated in different ways, including through art and cinema. He presented his film about Guatemala’s unresolved past, which he hopes will spark conversations that will ultimately contribute to healing personal and global memory. His message was similar to that of the Duo Pososhok, who use music as a tool for catharsis and communication, and performed twice, making the UN clap, sometimes a bit off rhythm.

Being brave is also about telling one’s story on stage at the UN. Dina Alami told us that she used to think her story wouldn’t interest anyone until she raised her voice and discovered its impact. Zainab Nankya and Salama Ibrahim, who work to bridge inter-religious divides in Uganda and Nigeria respectively, had also had to overcome their fear to speak here – just as they had when they decided to get to know and trust each other. They had both grown up with narratives about ‘others’ that they were able to deconstruct through taking a leap of faith, believing in hope, deciding to trust.

A call to action came from Mo Ibrahim, founder of the Mo Ibrahim Foundation supporting good governance and great leadership in Africa, telling the young generations of today: “It’s your future, not ours. Act. Vote.” It take courage to change and to shape new systems but there is a great opportunity at the moment according to him.

Eight stories, each of them well prepared and timed, in different languages and in no less a setting than the UN building in Geneva, organized by the UN Office at Geneva, Interpeace and the Geneva Peacebuilding Platform. As we know in IofC, well prepared and genuine storysharing is a powerful tool, which can inspire action like nothing else. It reinforces the role that we each have in building trust and lasting peace, and clearly restates the link between the personal and the global/the collective. 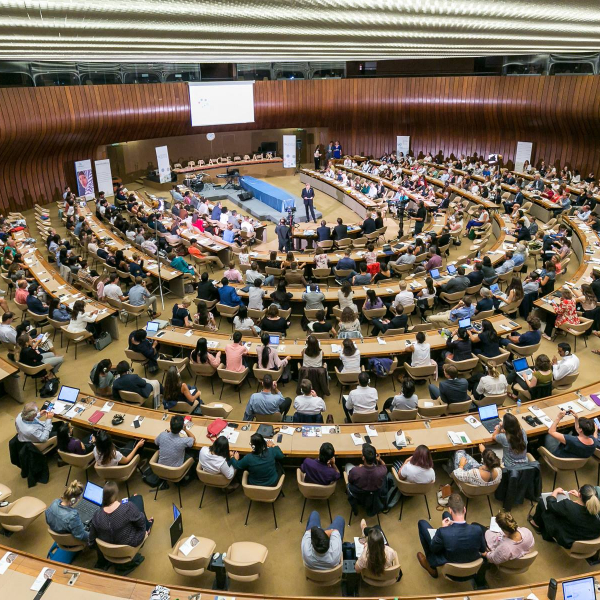