Beyond Prevention: 5 Alternative Ways to Peace

Born and raised in the United States, Shontaye has also lived in Europe, Africa and North America. She has been a devoted volunteer for various organizations since adolescence and her interests include:  peace building, intercultural dialog, human security and good governance. Volunteer work began for Shon with Initiatives of Change in Washington, DC in 2004 where she was immediately struck by the inclusiveness and ‘global thinking’ by everyone she met. Shon was drawn to the focus on the human factor in global change as a unique aspect of Caux and believes it is impossible to tackle the topic of human security without focusing on the human factor.

Hassan is a teacher and has a great interest in education as the way to build a new society where democracy, human rights and peace are built through reconciliation and healing. In Somalia he worked on peace and development issues, such as school-building, laws and the judicial system. He is also committed to sustainable agriculture, forestry and a secure water supply. His personal journey with Initiatives of Change for the last 24 years began with his reconciliation with Ahmed Egal who was from a rival clan in Somalia. Hassan and Ahmed have been instrumental in supporting reconciliation among the Nordic and European Somali diaspora, which has also led to healing in Somalia.

For more than a decade Dr. Elsanousi has worked in the intersection of American Muslim communities and the government of the United States. Since 9/11, and the political turbulence following the attack, a key emphasis of his work has been in addressing radicalization and working in the field of countering violent extremism. Today, Dr. Elsanousi focuses on building bridges between grassroots religious actors and communities and international players as the director of the Washington DC office of the Network for Religious and Traditional Peacemakers.

Head of Migration, Environment and Climate Change of IOM

Dina’s passion for migration arises from her early experience as a political refugee in France, escaping with her family from the Romanian dictatorship in 1987. After studying political science, Dina has worked with Roma populations and youth in post conflict then with the OECD on local development and entrepreneurship, and joined IOM in 2004 dealing with a broad array of migration policies. She was awarded as “Inspirational woman working to protect the environment” as part of the International Women’s Day 2016, at the initiative of UNEP, the Geneva Environment Network and the Swiss Confederation. 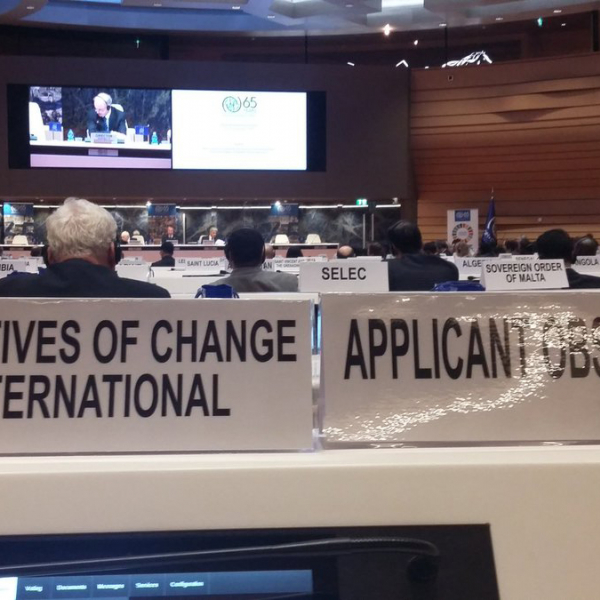