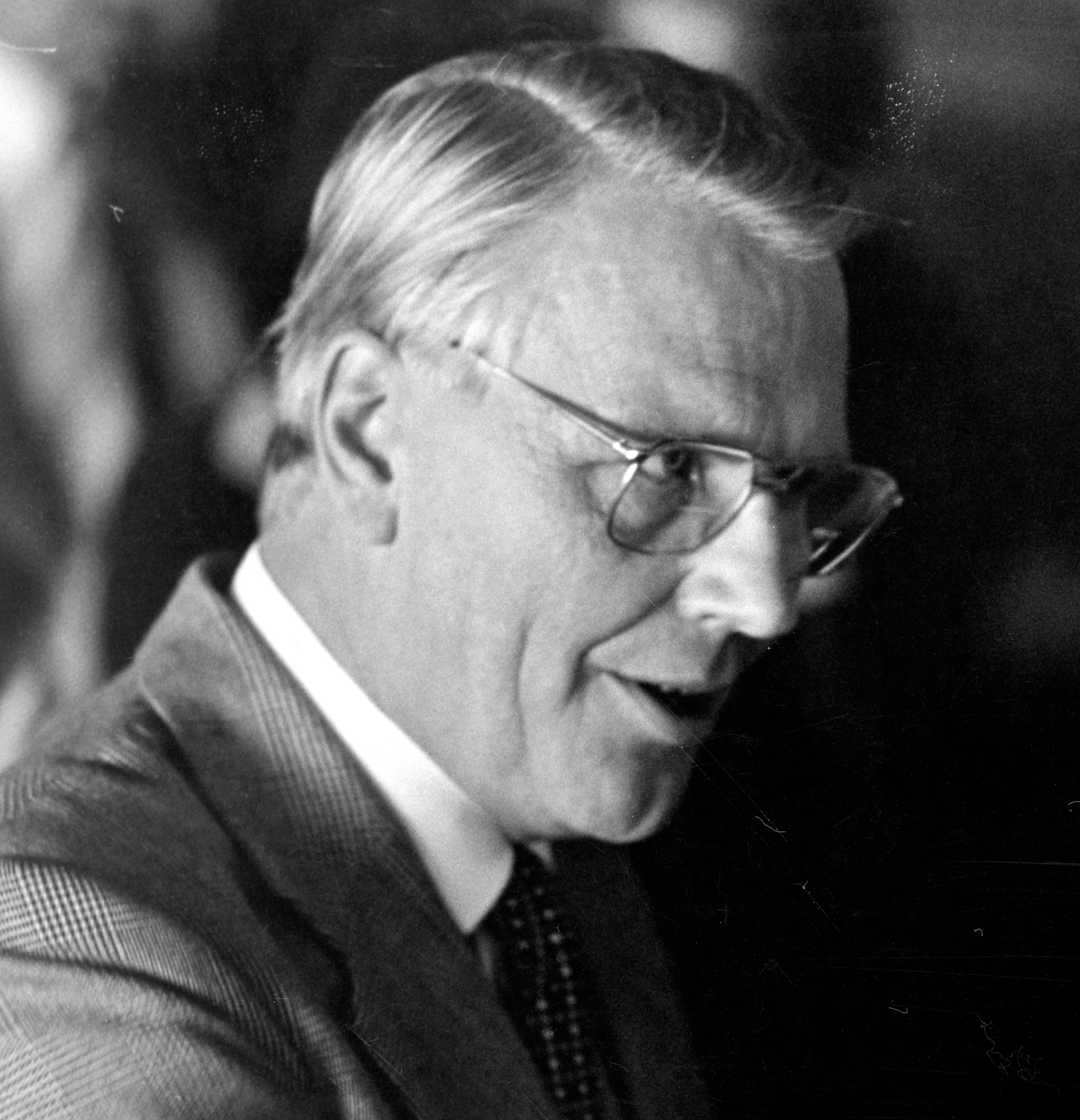 ‘At that time, even a dog would have refused a bit of bread from the hand of a German,’ remembered Peter Petersen, one of 150 Germans who the Allies allowed to come to Caux in 1947. They were some of the first Germans to leave their country after World War II.

To their astonishment, Petersen and his companions were greeted not with revulsion but by a French chorus singing a song in German. ‘We were already past masters at defending ourselves when we were accused. But here the doors were wide open for us.’

Petersen had worn a uniform all his life: first as a Hitler Youth, later at a special Nazi school and then in the German army. He had been wounded two weeks before the war ended and imprisoned by the British after the war. Now aged 21, he had no civilian clothes and arrived in Caux in a suit of his grandfather’s, which was both too short and too big for him.

‘Like many Germans I had withdrawn into an attitude which was a mixture of self-pity and bravado,’ Petersen said later. When he and his friends discovered that the Secretary of the Socialist Women of France and member of the French Resistance, Irène Laure, was going to speak at the conference, they braced themselves. ‘We said that if she talks about all that France has suffered, we will have a thing or two to say about the French.’

Her honesty and greatness of spirit made us look at ourselves. We were ashamed of our blindness.

To the Germans’ astonishment, Irène Laure apologized to them publicly for her hatred. ‘It was so unexpected. All our defences crumbled away…. Her honesty and greatness of spirit made us look at ourselves. We were ashamed of our blindness.’

After long discussions among themselves, and some sleepless nights, Petersen and his friends went to talk with Irène Laure. ‘We began to see where we had gone wrong and we told her, because that’s the only way healing can come.’

Between 1948 and 1951, nearly 4,000 more Germans attended conferences at Caux. Petersen was part of an international IofC taskforce (see our story on 1948) which travelled through Germany over the next five years, building the bridges of the heart which made the post-war reconciliation and reconstruction of Europe possible.

In 1965, Peter Petersen was elected to the German Bundestag. During his long political career, he made no secret of his past or of the sacrifices needed to heal relationships with those who had suffered at Germany’s hands.

‘There are two ways of getting rid of the past,’ he said. ‘You can sweep it under the carpet, but there is always the danger that it will pop out somewhere else. Or you can take the way of honesty. It was this characteristic of Caux which allowed us Germans to meet with other people as equals.’