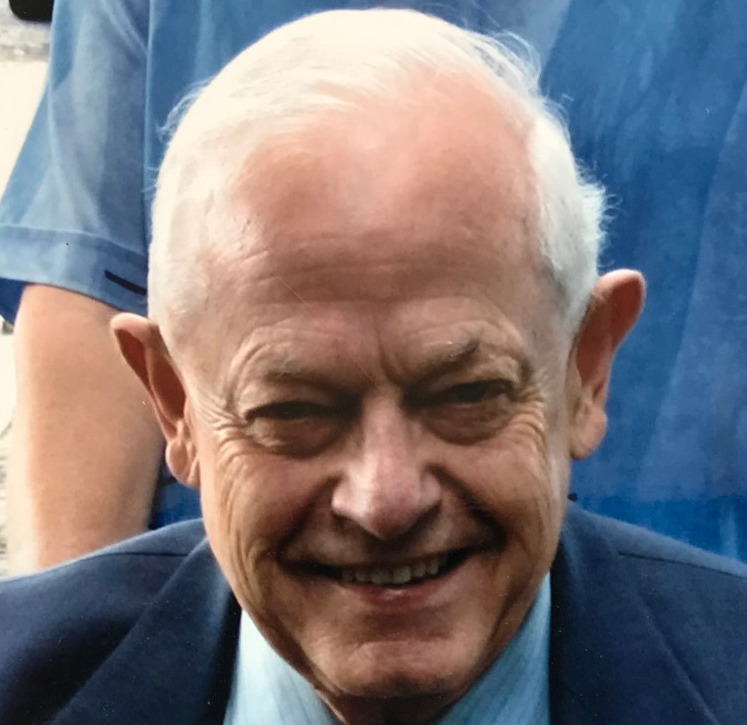 In 2020, the Caux Forum went online in response to the pandemic. Its organizers found that this made Caux accessible to people all over the world who could not have taken part in normal circumstances. One of these was 91-year-old Aad Burger from the Netherlands. He writes:

I went to Caux almost every summer between 1946 and 2010. Then, aged 82, I realized that the travel and the programme were becoming too much for me in my wheelchair. So when I read that the Caux conferences were going to take place online, I saw it as a great opportunity. Because of my deafness I couldn’t understand everything, but it was better than I expected.

In 1946, when I was 17, I was invited to help prepare the Caux Palace for its first Initiatives of Change (then Moral Re-Armament/MRA) conferences. My father worked for the Dutch Railways so I was able to get my train ticket and visas to leave the Netherlands and to enter Switzerland. We were not allowed to take money out of the Netherlands, so the Swiss MRA Foundation paid all my expenses.

While I was at Caux, I decided to give my life to God and to work with Moral Re-Armament to build a new world. I apologized to my father for cheating him. Sometimes I asked for an advance on my monthly pocket money, to be deducted the next month. If he forgot and paid me the full amount, I didn’t remind him.

I apologized to my father for cheating him.

I paid him back with money I had earned by growing tobacco on a small piece of land belonging to the family. I should have been growing vegetables, which we needed during the ‘hunger winter’ of 1944-1945. I apologized for that too!

After university and military service, I began to work fulltime with Moral Re-Armament. In 1952 I went with an international team to Africa, and stayed on in Ghana and Nigeria after they went home. Two years later I was travelling to Onitsha in Nigeria with a colleague, when I became more and more ill. The doctors we met did not know what was wrong.

One night I dreamt that I might be paralyzed for life. I prayed that this wouldn’t happen, but also decided that if it did, I would accept it and that I would continue to seek God’s guidance for my life.

I prayed that this wouldn’t happen, but also decided that if it did, I would accept it.

The next day, at a small hospital in Enugu, I was diagnosed with polio. I told the doctor that I felt God had warned me. ‘This will help you recover as much as possible,’ he said.

After three months immobile in bed, I had recovered a bit, but my legs remained partly paralyzed. I was flown home to Amsterdam.

Back in the Netherlands, I continued to work with Moral Re-Armament, mostly with workers in the port of Rotterdam. In 1968 I married Josienne De Loor. During this time I joined the Labour Party. I became its chair in Utrecht and served as a member of the city council from 1977 to 1998, with two interruptions.

Ever since my first time in Caux, I have started every day with quiet reflection.

Ever since my first time in Caux, I have started every day with quiet reflection, seeking God’s inspiration and direction. This has helped me to put into practice what I learned at Caux.

When the pandemic began, it reminded me of being struck by the polio virus. Completely unexpectedly, at the age of 26, I found myself paralyzed. I survived but with increasing dependence on a wheelchair. Was I going to die now, in my 90s, because of another unexpected virus? Of course, I hoped it would not hit me. But if one of my family was going to be hit, I hoped it would be me rather than my son or daughter, their partners or my four granddaughters.

What is my advice to young people today? Just as we did after World War II, let them take up the challenge to build a new world and experience the changes in their lives that will equip them for this.

What is my advice to young people today? Let them take up the challenge to build a new world.