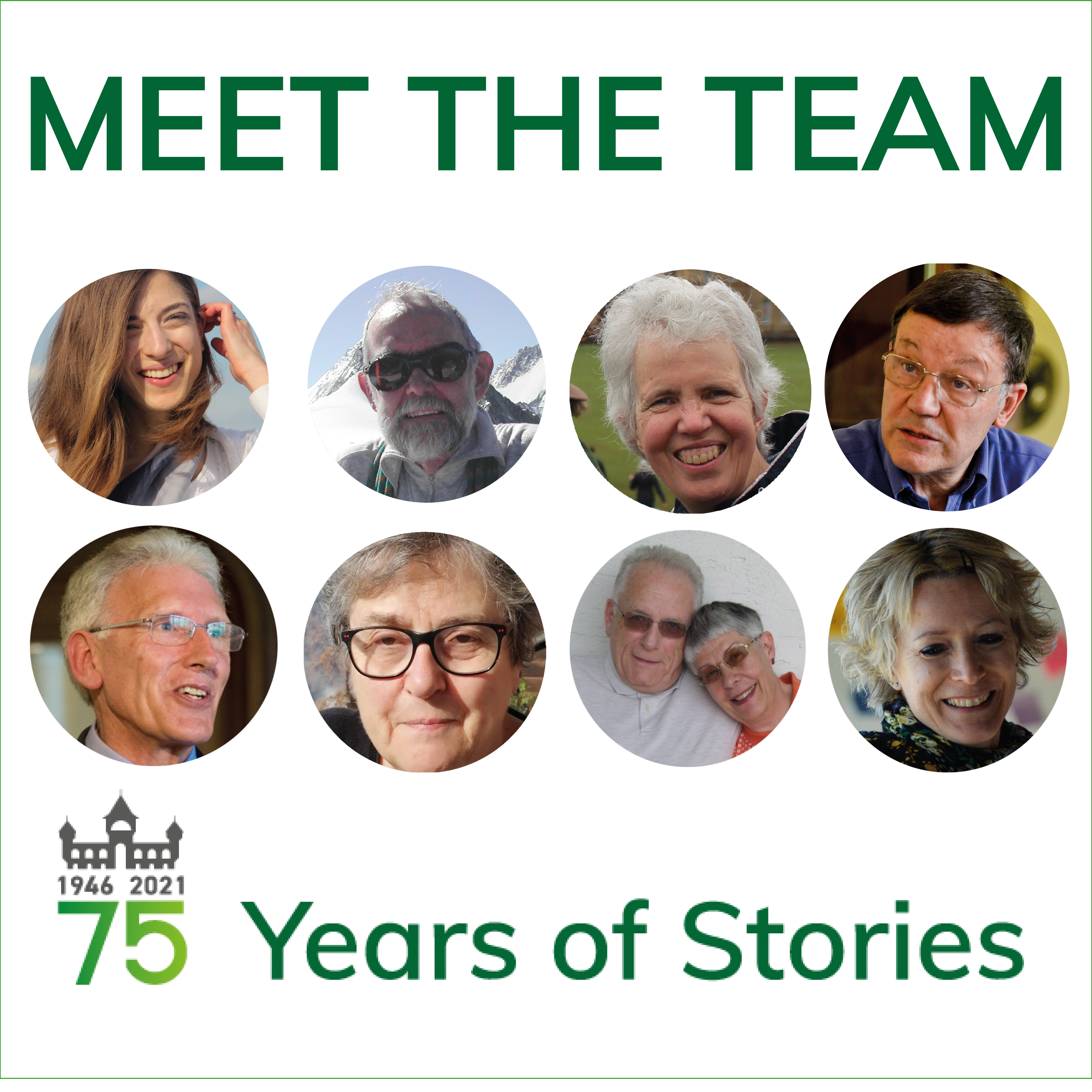 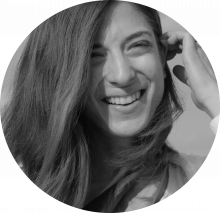 When we launched the 75 Years of Stories series in February 2021 about 75 years of encounters at the Initiatives of Change conference centre in Caux, we had no idea what an adventure we had embarked on!

The idea came from Yara Zgheib, a Lebanese novelist living in the US. She introduced the series by describing how she came to Caux in 2010, as ‘a shipwreck of a girl’ and for the first time in her life found quiet. ‘This place taught me to breathe, to see, others and myself,’ she wrote. ‘By the time I left, I felt so light I could have flown to Montreux.’

My story is not special, or mine. It belongs to this conference centre.

Over the last year we have shared 75 of them. Now in our final post, we’ve asked the team who took up her challenge to share their reflections, memories and what motivated them to participate in the series. 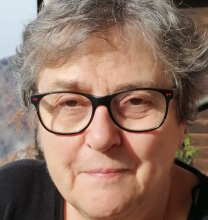 I was enthusiastic when I heard about the idea of producing one story for each of the 75 years that Caux has existed as an Initiatives of Change conference centre.

Then we started the work of finding the right stories and I even had to write a few myself, which was sometimes hard going! Recalling my memories of all these people, and of what they had brought to my life, was often moving.

Now I find I do not know some of those featuring in the more recent stories. Such is life. Like the conference centre, I am also 75. 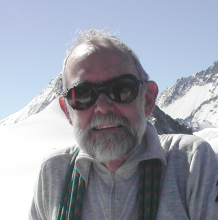 More than 50 years of my adult life has been largely centred around the Caux conference centre. Eliane and I now live in the village in our active retirement. I have a passion for the history of the village and the centre, and give guided tours of both, trying to bring to life some of the amazing stories wrapped up in this perch looking out over Lake Geneva.

I’ve had the immense privilege of knowing so many of the people whose stories we’ve told. So many good friends! As so often in life, you start by thinking that you may lend a hand, and find that you’ve given an arm and a leg as well. But it’s been fun and great teamwork. 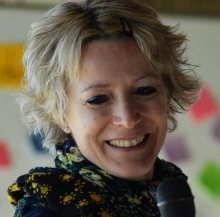 When we started preparing the 75th anniversary celebrations I realized that 2021 was also my own IofC anniversary. I first came to Caux 35 years ago, in 1986. These 35 years have been an amazing journey with new skills learned, fascinating encounters, many friends from all over the world – and a place which feels like home, whenever I go there.

Working on the series was like diving back into my early years in Caux. It was fascinating to discover new facets of people I had met there but didn't know that much about. Working with our international team of writers and proofreaders wasn't only a lot of fun, but also a reflection of that core value which is so typical of Caux: bringing people together, no matter who they are and where they come from! 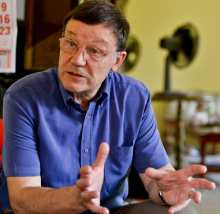 I first went to Caux 55 years ago and have been there most years since. A particular year changed the course of my life. In 1967 Rajmohan Gandhi, a journalist and author from India, brought a troop of young Asians to Caux to perform their colourful stage production, India Arise. He appealed for young Europeans to join his team in India in a spirit of service.

I went in 1971 and stayed for three years, working on the production of his newsweekly paper Himmat (courage). This encouraged me in my calling to be a writer. I have lost count of the number of times I have visited India since then.

Returning to Caux over the years, I have met people in business and industry who run their companies with honesty and integrity, serving all stakeholders. I have written their stories in four books and in national newspapers. www.michaelsmith.iofc.org 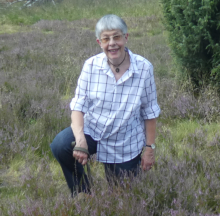 It was not easy to decide what to write about Caux and me, because my life has been so closely linked with Caux. For five years, I lived there and went to school in Montreux.

One summer, as a young teenager, I was helping in the kitchen. It was the first time I had used dry, instead of fresh, yeast. Because of a wrong calculation, I ended up with eight times more yeast in my dough than the recipe asked for. Another girl and I filled the cake tins as fast as we could, racing to stop the dough pouring over the top of the tub it had been mixed in. Luckily three other desserts had already been made.

Over the years, whenever I have come to Caux, it has been a great privilege to meet old friends. For me, friendships, like my marriage vows, are ‘until death do us part’. 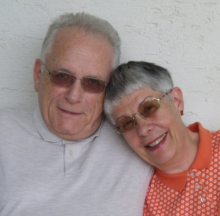 During the business conferences organized by Heinrich Karrer, one of the best team-building exercises was operating the big dishwashing machine. Two people fed it with dirty dishes at one end and the rest of the team emptied at the other.

For several years, I was a member of the same team as Frits Philips, CEO of Philips Electronics. As we worked together, we developed a personal friendship. I learnt how he had been treated by the German occupying forces during the second world war, and told him about growing up in East Germany and how I left it.

One year, Frits asked me to drive a young Japanese to Eindhoven and to stay in his home for a few days. He needed a trustworthy interpreter because he was preparing for a high-ranking Japanese delegation. The next morning the young Japanese and I set off from Caux. That relationship also is still alive. 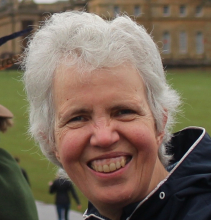 Among 60 years of memories of Caux, one stands out.

7.15 am. A small, diverse group gathers in the bay window of the meeting hall, to share the silence before the hubbub of the day. Today it’s my turn to offer a reflection. Picking my words carefully, I share my experience of God’s unconditional love. Then we are silent.

The sound of a reed pipe floats up from the terrace where a group of indigenous people from different countries are also welcoming the new day. The birds fly to and fro between the trees and balconies, as we look across the lake to the mountains.

I close the session with a prayer. One of the Muslims gets up and leaves the group. Have I offended him in some way?

Then I realize that, just behind our semicircle of chairs, he is prostrating himself. ‘I prayed in my own way,’ he explains later, and gives me a quotation from his tradition which speaks of God’s love. 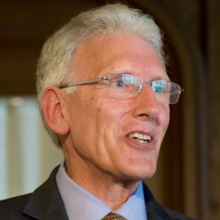 I believe in the future of Caux. These 75 stories tell of people who found the faith and hope and courage to be the change they wanted to see (like my parents' story), often with creative outcomes in their communities, sometimes even affecting whole nations.

One outcome was the strengthening of democracy, especially in Europe. Thirty years ago IofC launched Foundations for Freedom, a programme which focused on the moral and spiritual qualities in citizens needed for democracy to thrive. Thousands of young people from Eastern and Central Europe, newly freed from dictatorial rule, took part.

Now democracy is threatened in much of Western Europe, and we need a new focus on those qualities. This has always been the role of Caux, and I want to help this to continue.

Working with our international team was a reflection of that core value which is so typical of Caux: bringing people together, no matter who they are and where they come from!

We are grateful to everyone who allowed us to share their experiences and to all who wrote, researched, commented, and contributed photographs.

Thank you to Yara Zgheib for her inspiration and to Franz Vock for his support.

Thanks to the hard work of translaters and proofreaders Maya Fiaux, Jean Fiaux, Claire Fiaux-Martin, Teresa Healey, Tatjana Horbenko-Enomoto and Sebastian Hasse, the stories are now appearing in French and German.

And we could not have done it without the For a New World website, a treasure trove of source material, images and videos.