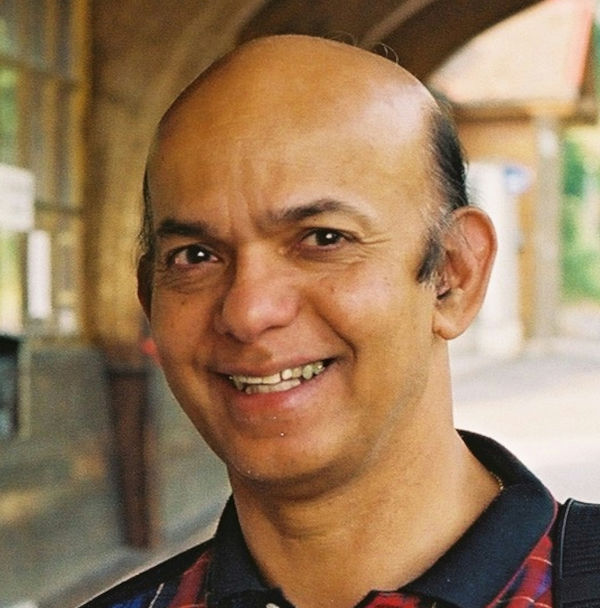 Mohan Bhagwandas is all too aware of his carbon footprint. In the 13 years from 2006 to 2019, he flew 17 times from his home city of Melbourne, Australia, to Switzerland to take part in the Caux conferences – a total distance of 578,000 km, with each flight lasting about 24 hours.

He was the International Coordinator for the annual forums on Trust and Integrity in the Global Economy (TIGE) which ran for a decade till 2016. The global financial crisis of 2008, with the threat of a great depression, struck at the core of financial markets.

‘In reality, it was an integrity crisis that demolished our trust in the banking and financial systems,’ says Mohan. ‘The conference theme could not have been more for our times.’

From 2012 to 2018, he served on the International Council of Initiatives of Change (IofC), as Vice-President and later Acting President of IofC International.

‘It was a privilege to work with a global team to launch IofC’s Trustbuilding Program in 2018 and to see it being rolled out in seven countries, in partnership with the Fetzer Institute,’ he says.

Mohan grew up in Colombo, Sri Lanka. The grinding poverty of people living in the slums and the conditions in which factory workers had to work seeded his passion for change. He found a vehicle for this when he encountered IofC in the 1970s. ‘This led me to apologize to my father, resulting in a transformed relationship,’ he says. In his 20s, he dedicated himself to working full-time with IofC.

My aim was to attract a team of young professionals to pursue their dreams for a better, more equitable world.

He worked with IofC in Northern Ireland, Quebec, NE India, Papua New Guinea and Australia. In 1989, he moved into a career in information technology, overseeing business strategy and change management, for a global IT firm based in Melbourne. He and his family had migrated there from Sri Lanka in 1972. In 2006, Mohan returned to work with IofC, heading up the TIGE conferences in Caux.

In their academic book Integral Development (2014), Alexander Schieffer and Ronnie Lessem describe Mohan as ‘one of those rare, mature personalities where a strong moral compass is matched with a persistent, calm dedication to service through action. Guided by a strong rootedness in values and a deep spirituality [he is a Roman Catholic], combined with a sense of duty and pragmatism, he brings clarity to the people and contexts he engages with.

[He is] one of those rare, mature personalities where a strong moral compass is matched with a persistent, calm dedication to service through action.

‘Frantic pace and agitation are alien to him, as much as the need to push himself to the front row of life…. He acts more in the background, nurturing and mentoring the people who work with him…. Bhagwandas is a prototype of a “servant leader”.’

The leadership team for the TIGE conferences included young people from India, Sweden, Mexico, the UK, the Netherlands, Italy and Latvia. ‘My aim,’ says Mohan, ‘was to attract a team of young professionals to pursue their dreams for a better, more equitable world.’

Among the keynote speakers at TIGE were Kofi Annan, former Secretary General of the UN; Lady Susan Rice, then Managing Director of Lloyds Banking Group in Scotland; and R Gopalakrishnan, Director of Tata Sons, India.

In 2020, Mohan joined Earthbanc, which encourages investment in carbon offsetting and was founded by people he had worked with in Caux. ‘We are living at the crossroads of another phase of transformation in the world, post-Covid,’ he says. ‘The smartphone brought communications, business, finance, music and videos into the palm of our hand. The next transformation will be in the care of the ecosystems humanity depends on for survival on Planet Earth. That’s my focus now.’

And he is glad that, thanks to online conferencing, he is radically reducing his carbon footprint.

We are living at the crossroads of another phase of transformation in the world, post-Covid.

Watch Trust and Integrity in the Global Economy International Conference (2013)