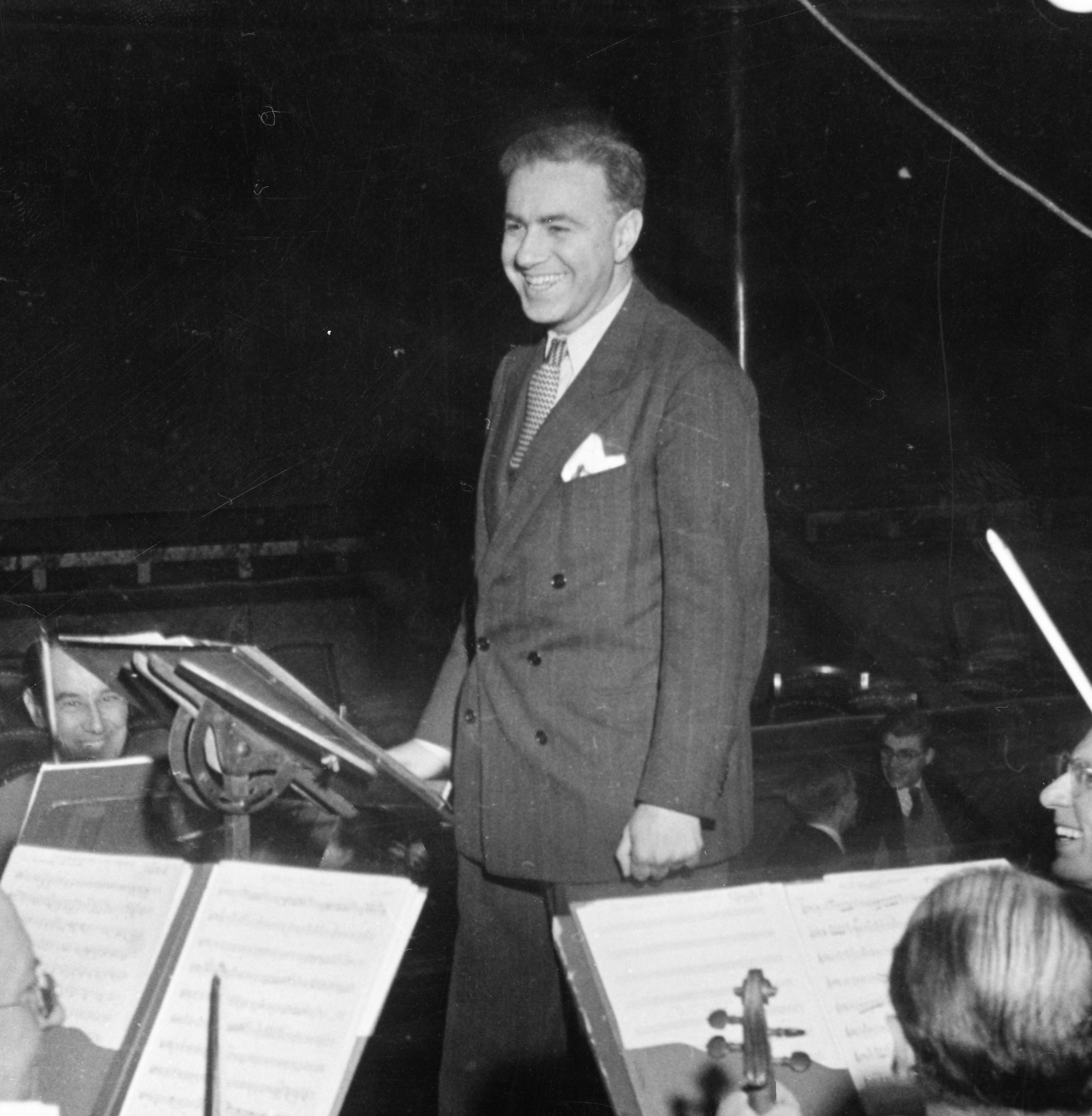 Germany was in ruins. Europe was in ruins. Millions had been killed; millions more wounded and displaced. There were also ruins of the mind, deep collective trauma in desperate need of healing. In the summer of 1948, a musical revue was created in Caux, along with a travelling photo exhibition and a booklet, "Es Muss Alles Anders Werden" (Everything must be different). A Swedish paper-maker who was at Caux provided the stock to print one and half million copies.

In October 1948, Frank Buchman and a team of 260 left Caux by bus for Germany. In the words of Irène Laure, a Frenchwoman who’d fought in the resistance to the Nazi occupation of her country, ‘We ploughed our way back and forth across Germany as you plough a field.’ It was described as the largest non-military operation in Germany since the war.

One of the remarkable talents enlisted in this innovative and challenging project was Paul Misraki, a major French composer of popular music and film scores. Over more than 60 years, he wrote the music to 180 films, for directors like Jean Renoir, Claude Chabrol, Jean-Luc Godard and Orson Welles.

Born in Constantinople, into a French Jewish family of Italian descent, by the 1930s he had become an established jazz pianist, arranger, and writer of popular songs. He fled France during the World War II German occupation, and ended up in Hollywood. In Caux, Misraki composed a number of songs for the revue, including the music for the title song, to words by Alan Thornhill, an English church minister turned playwright. (Listen to the song "The Good Road" here.)

The photo shows Paul Misraki conducting the Orchestre de la Suisse Romande in the Victoria Hall in Geneva (the major concert hall and the major orchestra) as they recorded the soundtrack for the show – necessary because they couldn’t take a full symphony orchestra ‘on the road’ with them in Germany.

The German Peter Petersen (see 1947) was one of the stage crew. In the chorus was 19-year-old Jacqueline Piguet-Koechlin. She and her family had been forced to leave Alsace in 1940. In a booklet of letters home to her parents, she describes in vivid detail the buses winding through the ruins of city after city in Germany. She wrote, ‘This is what I’d wanted. Under the occupation, I’d wanted the Germans to have their share of suffering. When I joined this venture and postponed my university studies for a year, I felt proud of myself for caring for the defeated enemy. But I didn’t know, I couldn’t imagine suffering like this. And I wept.’

The team held 200 public meetings and shows in 11 weeks, including in 10 of the 11 state parliaments. In the party were two French Jews, one of whom had lost 15, the other 22, relatives in Nazi concentration camps.

The London News Chronicle quoted a Military Government official as saying, ‘You [Initiatives of Change*] have done more in two days to interpret democracy to the German people than we have been able to do in three years.’