An evening full of laughter in Caux with four internationally acclaimed comedians! 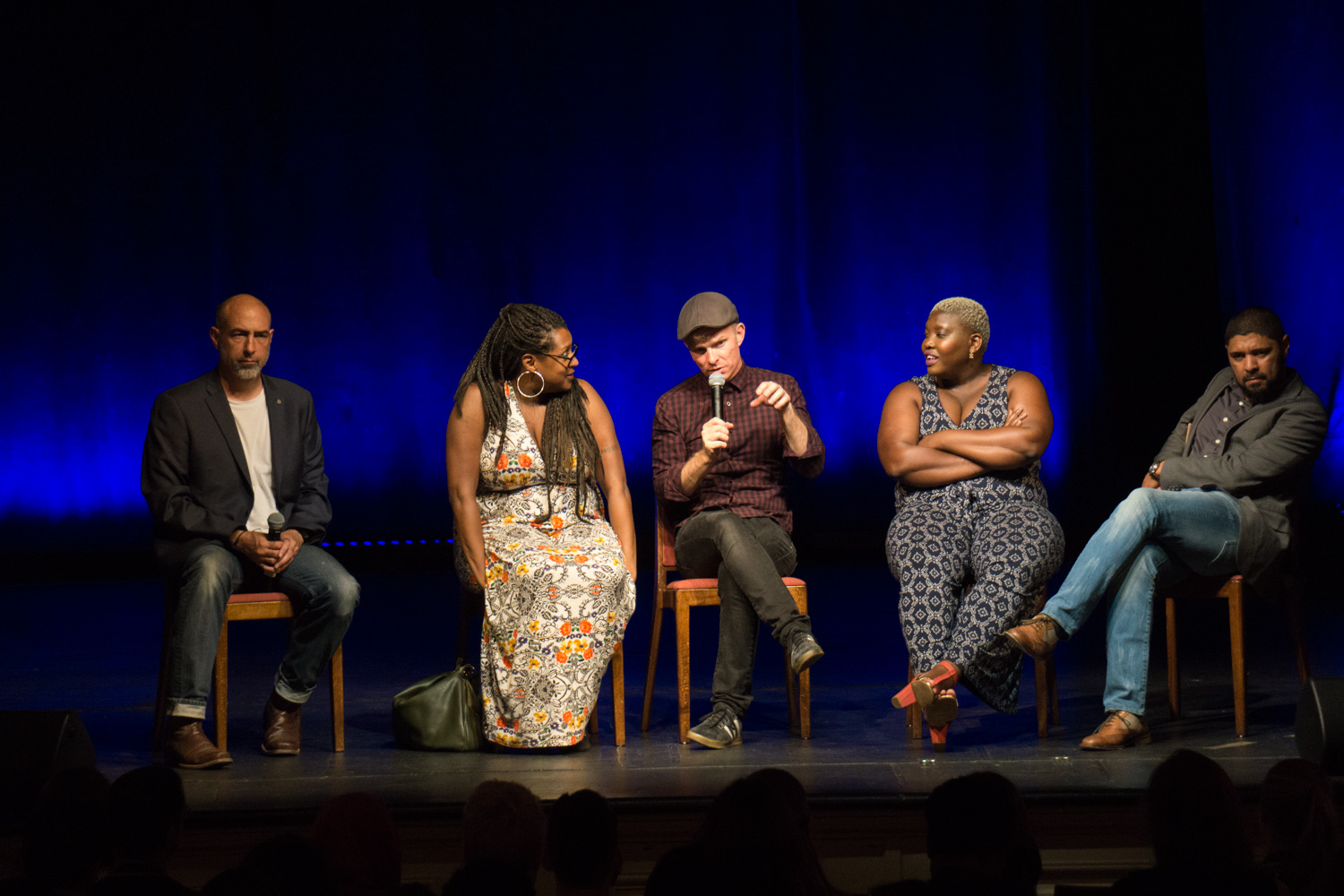 These comedians use their talents not only to entertain, but also to provoke discussion, challenge stereotypes, and incite societal change. Each of them has a unique style that draws on their personal experiences of racism, conflict, multiethnic identity, and post-apartheid South Africa. By using humor to diffuse tensions associated with uncomfortable topics, they are able to talk about things that are usually considered ‘taboo’ and open them up to critique.

At the end of the performance, the comedians engaged with the audience in a panel discussion. Audience members asked the comedians about their creative processes, about concepts of race, and about the use of humor as catharsis. A few people described their own experiences of racism and conflict, and some shared their reactions to this innovative use of comedy.