MAYOR OF HIROSHIMA ADDRESSES A LETTER TO CAUX-IOFC 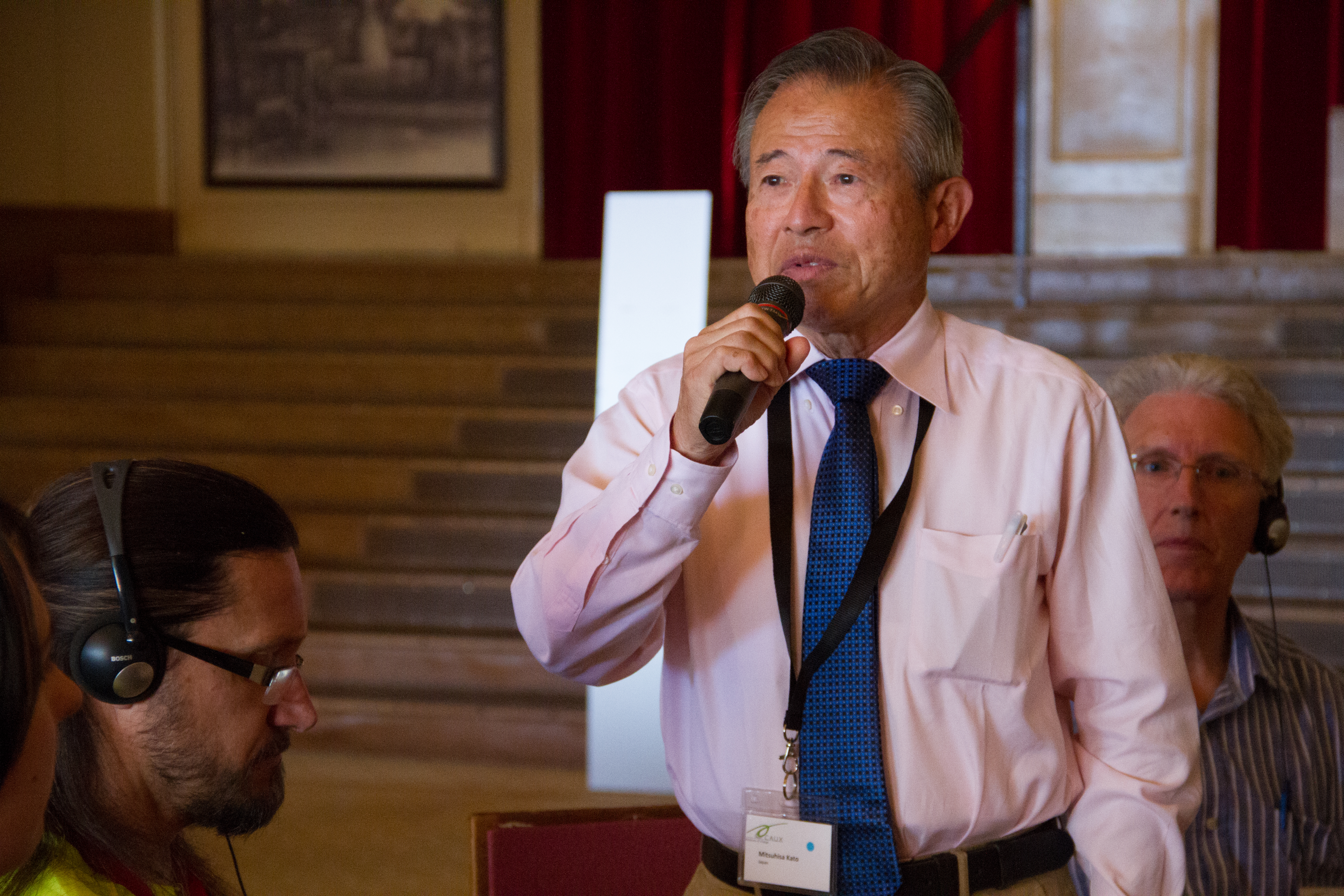 On the third Day of Seeds of Inspiration under the theme “Listening to Unheard Voices: Hiroshima Day” Caux remembered the victims of the nuclear bombings alongside a delegation from IofC Japan.

Mr. Mitsuhisa Kato, from IofC Japan, read the letter from Kazumi Matsui, current Mayor of Hiroshima, in which he states that a visit to Caux in 1950 by the then Mayors of Nagasaki and Hiroshima deeply influenced them as they faced Japan’s reconstruction after the bombing: “if every person listens to the voice of his conscience, he can orient himself in a positive direction, bringing about positive changes not only in the family, workplace, school, community and nation, but also in the relationship between both people and countries.”

Mr. Matsui calls for a total nuclear disarmament as he sees nuclear weapons as “absolute evil” and encourages “people from all over the world, [to] take the testimony to heart, and [to go] beyond differences of nationality, race, and religion, [and] endeavour to build a world in which we can have a future-oriented dialogue.”

Another member of the Japanese Delegation moved the audience as she told her personal experience of how the Bombing had affected her life and that of those around her, especially under the then circumstances that speaking about the bombing and the consequent suffering had become a taboo.

Claudine Rochat, a member of IofC who was at Caux in 1950 as the mayors visited, told the audience that the mayors had given a Cross to IofC, which was made out of the wood of the only tree that had not been destroyed by the bombing in Hiroshima.

The CAUX-IofC Foundation thanks Mr. Matsui for his letter and for the Japanese delegation’s support and testimonials. This commemoration reinforces the Foundation’s vision to work for a just, peaceful and sustainable world.