Storytelling forms a central part of the yearly summer Caux Forum. One of the most dramatic stories this year was that of former neo-Nazi Peter Sundin from Sweden. When he spoke in the main hall in Caux during Addressing Europe’s Unfinished Business 2018, the woman I sat next to was in tears. She couldn’t really find words to explain it. She had no radical past herself. ‘But it touches me in the heart,’ she said. ‘So much courage.’

Telling his life story is one of the ways Peter Sundin wants to ‘give’ to society, to repair the damage he has done in his youth. He works at a crime prevention centre in Sweden to combat radicalization, particularly in schools. ‘Saying sorry is not enough,’ Sundin says. ‘I want to show people I am different now and contribute to society.’

With anti-Semitism growing all over Europe, Sundin’s work feels all the more urgent. In his home country the ultra-right Swedish Democrats became the third largest party in the elections in September. The party has roots in the Nazi movement in the eighties, although they distance themselves from them.

In the past few years the extremist Nordic Resistant Movement also seems to be gathering strength, with the establishment of a political branch in 2015, apart from its military branch. They have been elected onto some municipal councils. This makes Sundin feel like ‘banging my head against a wall’. He knows from experience that working against racism takes a lot of dedicated time and effort.

Sundin grew up in a racist family with Nazi traditions passed down from the 1940’s. His mother told him that his second generation foreign class mate and his family were to blame for the Sundins’ rocky household economy. His brother gave him white power music to listen to and he read Nazi newspapers and children’s books. At school he automatically joined up with other boys from Nazi families.

When the school tried to counter their extremist opinions, it only resulted in more radicalization. The school invited a survivor of the Holocaust to speak. Sundin’s brother warned him that she was a fraud. The school ordered Sundin and his friends to sit in the front rows. He could feel the other children staring at him. After that day he decided to create a local movement of National Youth, a national violent Nazi movement. ‘As I felt backed up by this organization, we became more confrontational at school.’

Later he took part in a violent attack on a foreigner. ‘When you join the movement, part of the training is to learn to justify what you do. So you justify the violence: this man was a threat for our country, so it’s self-defence. It’s a good thing.’ When the attack was on the news the next day, he felt a heavy lump in his stomach. ‘I realized I needed to free myself from this destructive context.’ It was the start of a five-year process to cut himself loose from his Nazi environment.

‘It is not a straight process,’ he explains. ‘I needed to reinvent myself, build up new values, a new worldview. Sometimes I had relapses. I would buy a Nazi newspaper again, or listen to the old music. It was easier to be a Nazi, I knew how to do that.’ Most of all, he needed to meet new people. ‘The most important thing was to get new narratives. I had always believed that the Jews controlled everything, the government, the media. People outside our movement were blind to that, it was our crusade to tell them the truth.’

During this period the support of a local policeman was of great importance to him. ‘He helped me to take the next steps. He took me to McDonald’s, where I never had been because I thought it was controlled by the Jews. But he also said: “You are the Nazi, you are the one who has to change”.’

His own process has helped him to see how important it is to see the human being behind the extremist opinion. ‘I was always Nazi Peter, never just Peter. In a conversation you can show that you respect someone, but disagree with their opinions.’ Sundin is convinced that it is only when you reach the human being that the change process can start. ‘I can never change another person’s opinion, that is something that only that person is capable of. But I can ask questions that stimulate reflection.’ 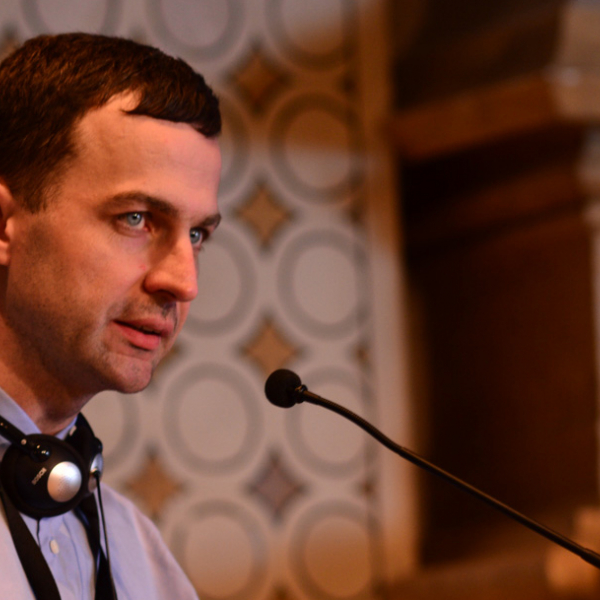 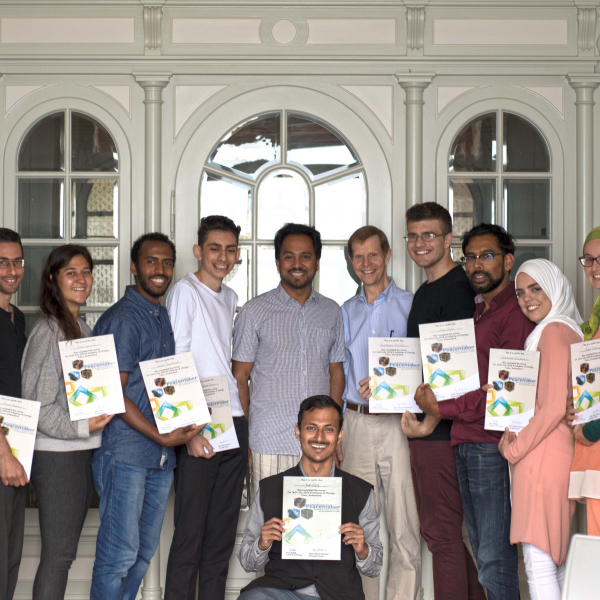 Young Muslims and non-Muslims from Belgium, France, Germany, Italy, the Netherlands, Spain, Sweden, Switzerland, Turkey and the UK took part in the Learning to be a Peacemaker course at the Caux Palac...