What tyrants need to know 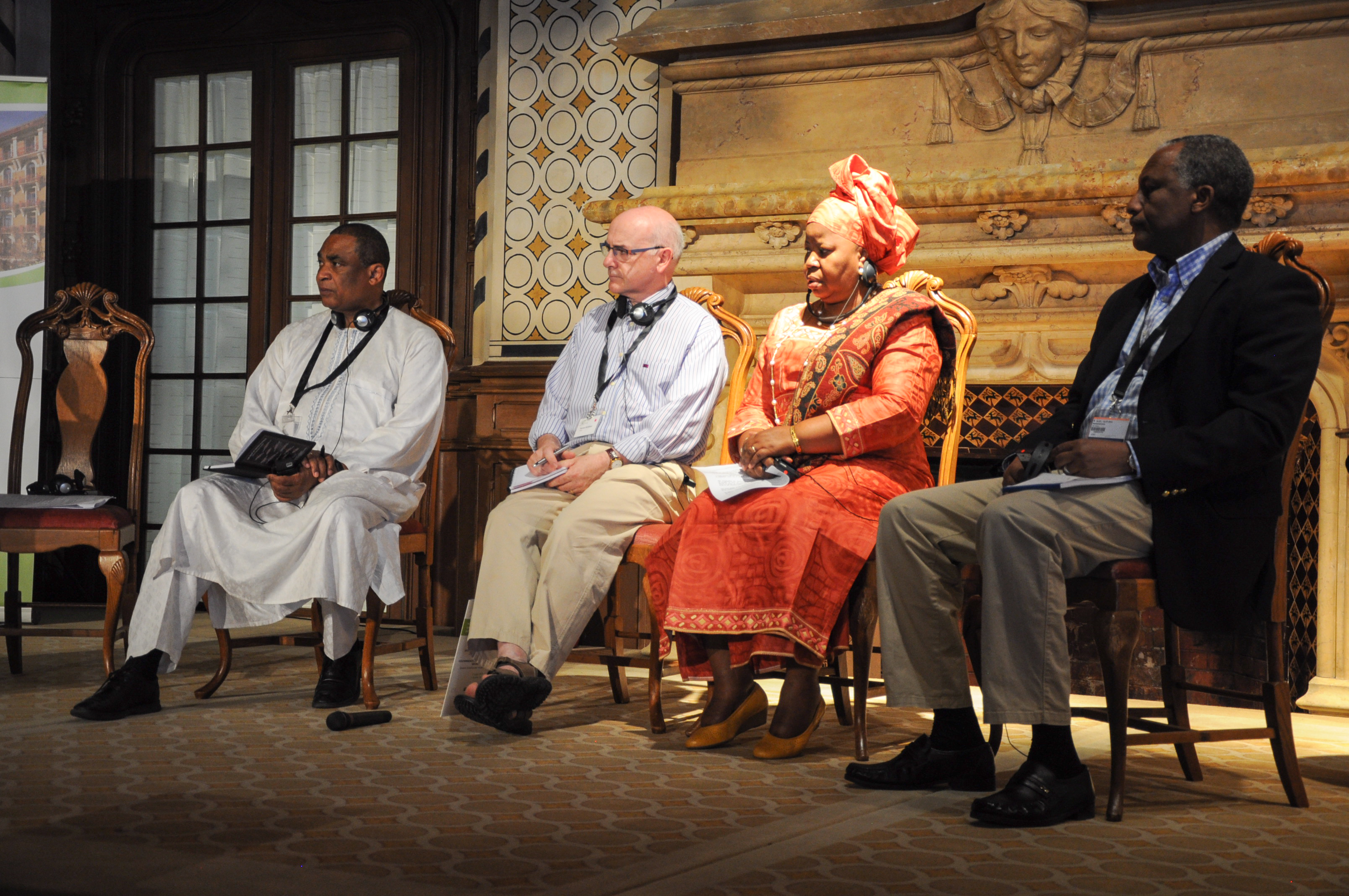 A Dialogue on Just Governance brought people from 38 countries to Asia Plateau, the IofC centre in the Western Ghats of India, in February. Welcoming the participants, Professor Rajmohan Gandhi spoke of the ‘disappointments, civil wars and cruel violence’ which had followed the failure of the Arab Spring of 2011. ‘But,’ he continued, ‘the human spirit is not weak, and many refuse to give up on their faith in, or hope for, a struggle for justice, for inclusion, and for a voice. The tyrants of our world need to know this.’

Kem Sokha, Vice President of Cambodia’s Opposition, the National Rescue Party, said he had come to the dialogue because millions of Cambodians are calling for change. After last year’s disputed national elections, the ruling party has asked the Opposition to negotiate. ‘I have come to learn what might build sufficient trust between us to bring change,’ said Mr Sokha. ‘I affirm that from now on, Cambodia will not have change with violence.’

Speakers came from conflict zones such as South Sudan, Ukraine and Palestine, and from countries, such as Sri Lanka, South Africa and the Philippines, which are struggling to heal the legacy of past conflicts and oppression. Eight ethnic and racial affairs ministers from Regions and States of Myanmar participated as part of a learning and exposure trip.

‘The war in Sri Lanka is over,’ said Jehan Perera, Director of the National Peace Council, ‘but conflict remains. In a divided society politicians will not speak the truth that brings people together. Our role as civil society is to say the things the politicians won’t say: to be prophets.’

Sarah Awel James Ajith, Chair of the South Sudan Women Association, spoke of her devastation when tribal conflict erupted in her country in December 2013, only 18 months after independence, and close relatives were killed. ‘We didn’t create a shared identity and accept our diversity,’ she said. ‘We are one country but not one nation, torn apart by hatred and suspicion.’ After the killings, she was unable to speak for three months. ‘Then I thought – I didn’t choose to be born Dinka, they didn’t choose to be born Nuer. I must work for peace.’

‘The great strength of Indian democracy is the laws that give every villager the rights of a legislator in his or her village,’ said Wajahat Habibullah, India’s first Chief Information Commissioner. ‘This participation guards against democracy becoming a tyranny of the majority.’ Speaking in a session on overcoming corruption, he warned that democracy does not of itself guarantee just governance; it needs measures which ensure transparency and accountability.

Guled Osman, an advisor to the Foreign Ministry of Somalia, described what had led him to leave his ‘comfortable life’ in UK and return to his country of birth, to engage with its problems, not least the challenge of corruption. ‘I realised that criticising from afar was just shallow activism.’ His co-panelist, Opis Kakumi, a teacher from the Democratic Republic of Congo, told of his school’s stand against the bribery which pervades his country’s educational system.

Another plenary focussed on ‘healing the wounds of history’, with speakers from Tibet, Palestine, Myanmar and the Philippines. Youdon Aukatsang, elected member of the Tibetan Parliament in exile and founder of Empower the Vision, spoke of her hopes for open dialogue with China and her vision of a peaceful future for Tibet. Filipino lawyer Jose Luis Martin ‘Chito’ Gascon said his country is still dealing with the wounds resulting from the Marcos dictatorship which ended 29 years ago. He is active in negotiations to end the long-standing war between the government and rebels representing the 5 million Muslims in Mindanao. ‘There is a deep need for social inclusion and fundamental reforms that acknowledge their legitimate concerns and ensure that those excluded are included,’ he said.

In plenaries and workshops, participants told of the challenges they face, and what they are doing about them. Sudhakar Varanasi from Andhra Pradesh told how the death of a close friend inspired him to launch India’s 108 emergency service, which is credited with saving 2 million lives. Mediatrix Shokoli and Anne Gitu from Kenya described how personal experiences of forgiving had led them to bring women together in Creators of Peace Circles, most recently in a region in northern Kenya where conflict rages over resources and cattle rustling.

Mohamud Hassan, a Somali refugee in Sweden, had reconciled with a fellow Somali from another clan, and returned with him to Somalia to work for reconciliation. 17,000 children are now receiving education in schools he has established. Workshops with Letlapa Mphahlele on forgiving, and with Florina Benoit and Sriprakash Myasandra on peace building and refugees, provided useful tools for participants to take back to their own communities.

Music played a prominent role in fostering a spirit of community during the Dialogue. A concert by classical Indian vocalist, Rasika Garud, drew rapturous applause and prompted Madeeha Gauhar, Founder of Ajoka Theatre in Pakistan, to recall India and Pakistan’s shared musical heritage. Vernita Pearl Fort from USA presented her insightful research on the role of music and art in community building.

Pulitzer Prize winning journalist, Leon Dash, now a professor at the University of Illinois, described the teenage experience which convinced him that ‘ethnicity trumps merit’ in the United States, and led him into cynicism, anger and alcoholism. When he went into recovery and made restitution to those he had harmed, he found a new energy. His articles in The Washington Post have brought hidden causes of social disadvantage to national attention. Of the Dialogue, he said that the sessions of silence had been challenging – ‘I don’t do silence, I don’t do inactivity’ – but he had welcomed time to ‘reflect on the past and to look to the future’.

Others took the practice of ‘inner listening’ away with them from the Dialogue. ‘I come from a community of talking and talking,’ said one. ‘I have learned the gift of silence.’ ‘I have been looking for a clear path in the context of peace building,’ said another. ‘I have found one I can embark on. There are a lot of changes that I will have to make.’

‘What has touched me these past few days is the spirit of community,’ concluded Jose Luis Martin Gascon. ‘We’ve been sharing stories of pain, adversity, tragedy, oppression, yet we are able to face them with dignity. What encourages me is the generosity, the openness, the patience, the love, the steadfastness, the solidarity, the hope, the enthusiasm and the joy that each person brings.’