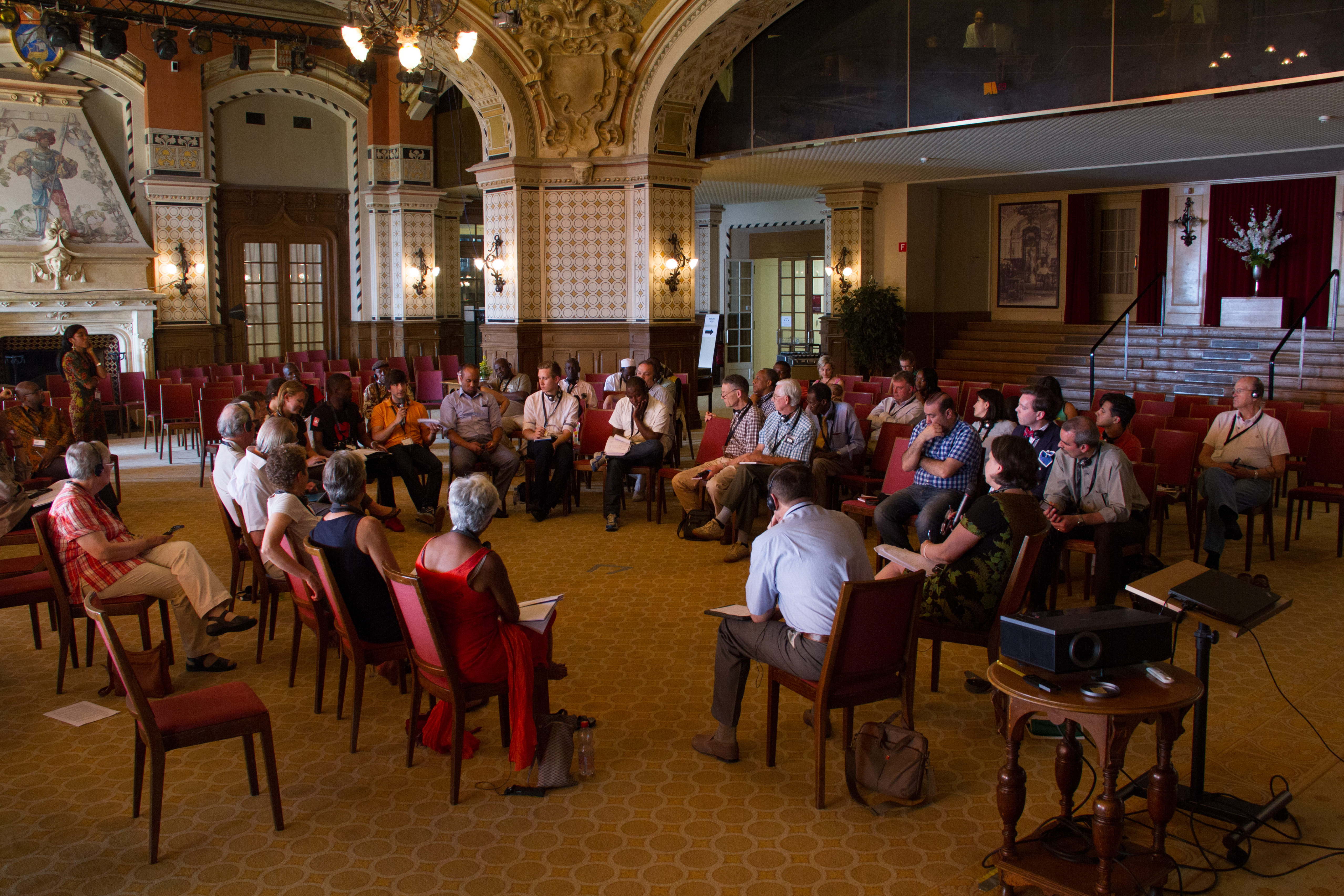 The 9th TIGE Conference ended and left the Caux Conference Centre filled with extraordinary life-stories full of courage and determination.

Speakers included Sunil Mathur the CEO of Siemens LTD in India, Swiss businesswomen of the year Jane Royston, and Emmanuel Mutisya who delivered an inspiring story of fighting corruption in Kenya.

Wendy Addison, founder of Speakout-Speakup, and Alia Benomar, shared their stories as whistleblowers. They both had to face harsh consequences but never gave up. They continued fighting for what they believed in, even if it meant giving up the life they had known thus far. Addison reached the bottom when she found herself begging on the street to feed her 12-year-old son, as finding a job after being labelled a whistlelower had become impossible. Ben went against her own family as she found out something wasn't right in her family flour-milling business in Morocco. Ultimately both found a way; Addison, after a long journey, created a company to encourage and support other whistleblowers. Ben, despite her family being torn apart in the process, decided to sell the old family business, only to create another one with her mother and brother, keeping the faith in family-run businesses with trust and integrity.

Ahmet Shala, former Ambassador and Economics Minister of Kosovo, closed the conference with a moving and motivational speech: "Make a Choice, take a chance and you will see the change you want to see." Even after losing half of his family to the war in Kosovo, ambassador Shala never gave up and still believes that peace and transformation is ever more important than before. He called for the support of participants and organizers in creating an institute for peace-building in Kosovo, towards economic development and healing the wounds of history.

Participants had the choice of attending a variety of practical workshops, including Spiritual intelligence for leadership, Business and human rights, Knowledge flows in organisations and how to lead change. For the first time there was also an action-oriented leadership training that aimed to improve participants collaborative skills, strengthen leadership confidence and acquire stakeholder engagement competency – the ‘Impact Leadership’ track was delivered by Business School Lausanne and LiFT.

Not only was the mind energised, so was the soul with daily morning yoga sessions, group silent reflection and ‘Inner leadership’ sessions that looked at one’s purpose, character and competencies.

TIGE yet again challenged the status quo and not only showcased compelling stories of change but also equipped participants with leadership tools to create a more just and sustainable economy.

TIGE is now emerging around the world! Inspiring conversations were happening throughout the conference about TIGE National Chapters being established in Sweden, Denmark, Netherlands, Australia, Switzerland, USA, UK, Mexico and Scotland – watch this space!