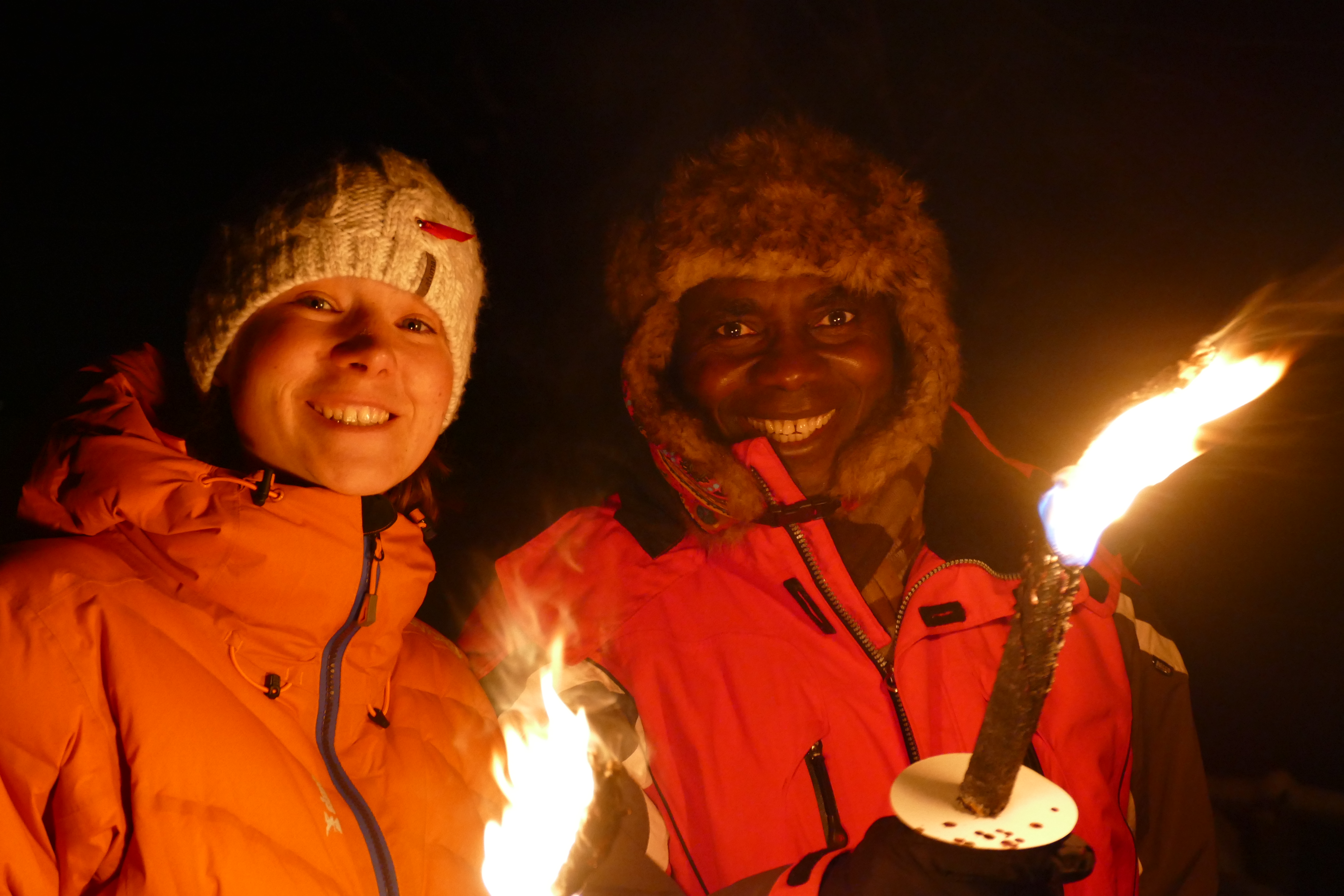 We live in a constantly changing world in which strength is often seen as an instrument of power and a means to improve one's image. What is strength? What is a weakness? Where are those places and what are those moments which give us strength, which makes us stronger and better people?

This year's Winter Gathering, which took place in Caux/Switzerland, brought together more than 100 people from all over Western and Eastern Europe, Russia, Tunisia...and even Mexico!

The Caux location and the celebration of the New Year provided a perfect setting to discover new sources of personal and communal strength in an environment of open dialogue and mutual respect.

The fact that it started snowing on day two only added to the feeling of living for some days within a bubble far up a mountain top where everything is possible:

Strength from well-being, relationships, calling, weakness, or change - for early birds, discovering the theme of each conference day started with a time of quiet and music where the mountains opposite Caux slowly emerged from darkness into the light of day.

After breakfast, a 30-minutes input session set the pace for the daily discussions where people were able to share and discuss within a small and safe group. While afternoons were free (Yay! Snoooow!) the daily themes were then taken up again in a plenary session before dinner.

The discussion groups were precious moments of deep experiences, laughter, and - as always, when different people from different backgrounds come together - challenges. In one group the youngest participant was two months old, the oldest was 96 years old and said she decided to come this year because she felt waiting another two years until the next conference might be too long. In another group, people speaking five different languages were mixed together...and not only managed to discuss important questions but also to cook yummy meals for the other participants. The sketch they played on stage during the Cultural Evening on 31 Dec showed how they dealt with this situation with lots of humor on all sides.

So - where do we gather our personal sources of strength? Sometimes the answers that came up were surprisingly simple. The oldest participant, the 96-year-old lady from Switzerland, gave the following advice: 'When you walk, walk.' Or to use the conclusion of the last plenary meeting: 'Wherever you are, whatever you face...

"Start where you are! Use what you have! Do what you can!"