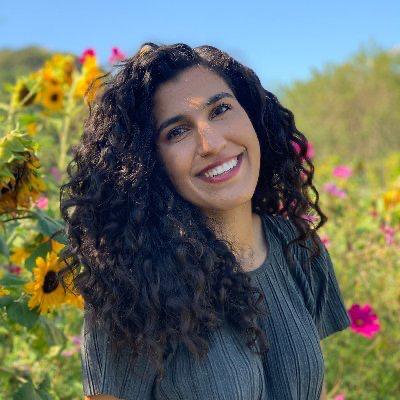 Abeda Nasrat came to Denmark as a refugee from Afghanistan at the age of two.  She now studies Law at the University of Copenhagen and works as a student assistant at the Danish Institute for Human Rights. Abeda was a participant of the Caux Peace and Leadership Programme in 2019. In an interview for CPLP Talks she talks about culture and identity.

What does ‘culture’ mean for you?

When I think of culture, I remember the things that I grew up around – my grandmother putting henna on my hands, celebrating the Afghan New Year and the Islamic festivals, wearing Afghan clothes, the dancing and all the food. How I lived at home was distinctly different from what I experienced whenever I stepped outside the door.

I came to Denmark when I was about two years old. I was put into a kindergarten for refugees. I had a lot of friends who like me, were part of a ‘minority’. We connected over the fact that we ‘didn’t belong’. We shared the same struggles. We all had difficulty speaking Danish and felt a little embarrassed about having a different culture. I grew up surrounded by Arabs, Somalis and Turks.

I don’t think I would be aware of culture if I hadn’t grown up in Denmark, a space where my culture was in a minority. I was soon faced with the reality that Afghan and Danish cultures were contradictory. Danish culture is very liberated, whereas Afghan culture was very traditional. I had a hard time figuring out what I wanted, because I was under social pressure from both cultures. I always chose to do the opposite. At home I would act out Danish culture and at school I would act out Afghan culture. This was my way of finding a space to define and and discover myself.

How significant was language in creating your identity?

The language we shared as immigrants was more about how we communicated, than what we spoke. We all greeted each other by kissing. We were all, children and adults, extremely expressive. We shared body language, the little acts that we all understood. Language was not so much what we said, as what we did. I know my grandmother loves henna, so I show my appreciation to her by going to her room and asking her to put henna on my hands. Then her face lights up. Music has also been an important feature in identifying myself. When I hear Pashto music I connect to the life I never had in Afghanistan, and it sort of shows me who I could be.

I remember from Caux that you are an exceptional footballer. You told us that you play football as part of your ‘rebellion from the expectations from your Afghan culture’?

In Afghanistan, women cannot play football. Some years ago, a member of the  Afghanistan women’s football team had to flee to Denmark because the Taliban was after her. This paints a picture of how Afghan culture sets expectations on how women should behave – on men too, but more on women. When guests come, we speak a certain way and act in a certain way. There are social expectations and barriers, for both girls and guys.

I grew up with four brothers, doing ‘boy things’, climbing trees and playing football. When  we went home, I had to dress differently, and I felt that was unfair. We had to act a particular way for no reason, except to say ‘this is who we are and this is what we do’. So football was my rebellion. As someone who has never belonged, I know I belong on a football pitch.

I fought hard to prove to my parents that I can’t be the Abeda they want or need me to be. My father was really helpful as he was open to me being who I wanted to be. He sat me down and said we could meet in the middle. And that was really important for me.

In your view, is culture learnt or is it lived?

I find myself challenging the structures that disagree with my personal values. Culture informs us of what we should do, and what we should not do, and sometimes we can see that it is wrong and unfair. When I talked about this with my friends, we all agreed that we are quick to speak about things we would like to change in our cultures, but we do not find it safe to engage in these discussions at home, with our families. It is almost as if we find it acceptable to concede and follow culture at home.

I disagree with a lot of things which have become prevalent in our culture. One of these things is the focus on material status. People are judged on the basis of what they have, as opposed to their character. I disagree with the concept of honour, which has different standards for different genders. It traps women and that is unfair in itself. The perennial struggle is to find a balance between what you know to be right or wrong and what culture sees as acceptable and unacceptable.

One final, unfair question: how do you identify yourself?

I’ve learned that I will always be slash something. I am Danish slash Afghan, woman slash tomboy, refugee slash Muslim. These are all my identities, but the best way to identify myself would be as a third culture kid. My upbringing in Denmark was so beautiful. I was raised in the Turkish and Arab mosque, so naturally I connect with these cultures. When I am with my close friends we all dance dabke, buraanbur and attan (Arab, Somali and Afghan dances). That’s why culture means so much to me, because it gave me the power to connect with people from all around the world.

One of the people who helped me find my identity was my class teacher, Ole. He changed my life. I went to a catholic school and had a hard time fitting in. He taught me to take pride in my values and the parts of my identity that didn’t fit in. He was the first person in my life to accept me for me. When we graduated, he had to choose one person to a give a scholarship to – and, to everyone’s surprise, he choose me.

I still remember his speech, eight  years later. He said that what he valued most about me was my roots, my religion and the combination of Denmark and Afghanistan. I hold these words dear to my heart since that day. I really believe that I would be a totally different Abeda, if I had not met this teacher. So I guess you could say that Afghanistan gave me roots and Denmark gave me wings.

If you would like to take part in an online conversation on Saturday, 23 Januray 2021 at 13:00 GMT on the topic of culture, with other Alumni of the Caux Peace and Leadership Programme, you can sign up here for the next CPLP Talks!

After registering, you will receive a confirmation email telling you how to join the meeting.

Find out more about the CPLP Talks here. Please read the terms and conditions here. 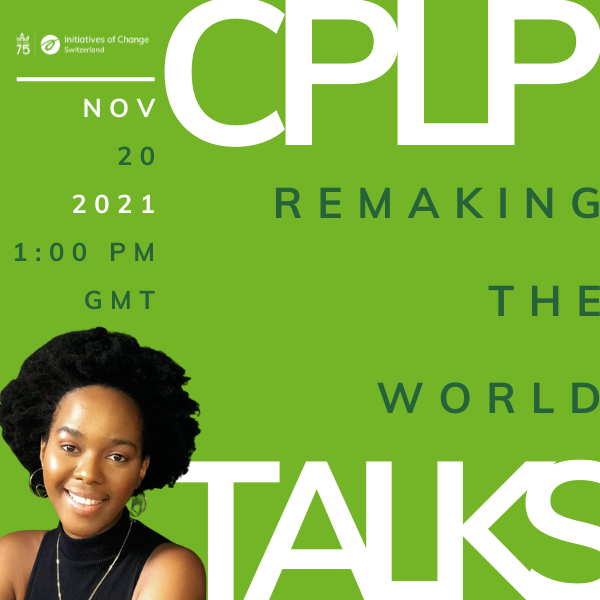