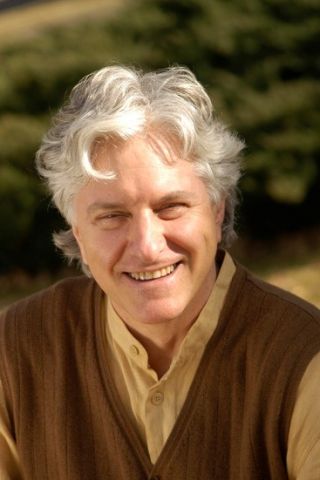 Marc Ian Barasch describes himself as ‘a social entrepreneur, a communicator, a meditator, a networker’. A glance at Wikipedia shows he is also an international thought-leader and innovator. The titles of ‘founder’ and ‘co-founder’ recur regularly beside well-grounded green initiatives, and his books and films span topics from holistic healing through the science of empathy to the phenomenology of dreams.

Among his social enterprises are the Green World Campaign, and Green World Ventures, both inspired, he says, by writing The Compassionate Life (a bestseller that inspired the Compassionate Cities movement and the popular documentary, I Am). In 2018, he convened the ReGen18 conference in San Francisco, gathering together 500 leaders of the burgeoning regenerative movement.

In the late 1960s, Marc was an active participant in movements for cultural and social change. He dropped out of Yale University, hitchhiked to the Rocky Mountains to study Buddhism with a Tibetan lama, and went on to edit such magazines as New Age Journal, Natural Health and Psychology Today. He produced and wrote documentaries on the environment for Ted Turner (one of them, the 1992 Earth Summit special One Child, One Voice, was seen by 2 billion people in 160 countries) and wrote a culturally influential series of books.

Thirteen years ago, Marc gave up writing and set out ‘rather naively’ to maximize the tangible good he could do in the world. One day on this quest, Marc met a man who planted trees according to ancient methods of agroforestry.

When Marc learned there was a way to combine feeding people with afforestation, a light went on in his mind: ‘green compassion’. This insight led him to explore how to solve convergent ecological and human crises in ways that were not adversarial or ‘doom-and-gloom’, but holistic, optimistic, conciliatory and healing.

He was invited to visit Ethiopia, where forest cover has dwindled to little over one per cent. Local leaders told him that though the world’s magnanimity had poured into the country, it had little if any lasting impact on the lives of people subsisting at the bottom of the pyramid, trapped in a vicious cycle. Poor people cut down trees in fragile forests out of dire need. Treeless soils erode, become infertile, arable land diminishes, aquifers and rainfall dwindle. Conflicts over resources arise. Impoverished land swells the tide of human migration from rural villages to urban slums. He saw how poverty, hunger, ignorance, deforestation, conflict and climate change are all connected. 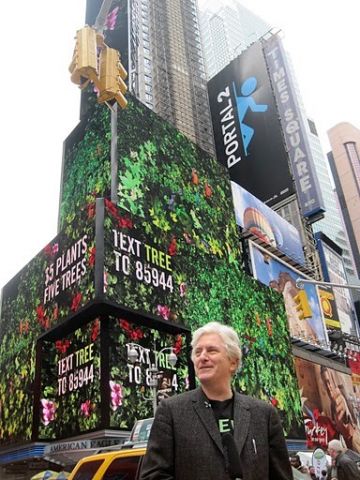 But he also learned that regeneration is possible. Local people desperately wanted to restore the lush landscapes that some elders could still remember. He recalls visiting a village where the well had broken and kids walked miles each day to fetch uncontaminated water. They always used some of what they lugged back in their heavy jerrycans to water trees planted on a hillside. He gave a grant to repair the well.

His next project was helping to start up the Bees and Trees regeneration project in Ethiopia. ‘We worked with the community to plant calliandra and gravillia trees to prevent erosion and enrich the degraded soil. Calliandra also have big, beautiful red blossoms favoured by honeybees, which increased yields at village hives. The bees pollinated the coffee crops, creating an economic incentive for villagers to plant even more.’ Marc realized that everything was connected to everything: you had to consider all the inputs and outputs, upstream and downstream, internal and external, and all the stakeholders from people to planet, from human biome to soil microbes.

So he started the Green World Campaign (GWC), which worked to restore forests in Ethiopia and Mexico, funded schoolchildren in Jordan to plant trees and supported agroforestry programmes in former conflict zones in the Philippines. Over the last nine years, GWC has planted 3.5 million trees in Kenya.

Hundreds of thousands of kids pass through Green World Schools programmes in Kenya and in turn influence hundreds of thousands of community members, many of whom have also benefitted from Green World Campaign’s programmes. Fast-growing, drought-resistant moringa trees have spread from schoolyards to farms across the Kenyan coastal region, providing nutrition, income, seed oil and climate change resilience. Their leaves contain 30 per cent protein with all essential amino acids. No village that plants this superfood tree will starve.

Marc took part in the 2018 Caux Dialogue on Land and Security, including the Policy Makers Round Table. He appreciated the new working relationships which blossomed there and the ‘well-curated, generatively designed context that fostered collaboration, compassion and awareness’.

He suggested that Caux could be the site of a high-level ‘Regenerative Davos’. The idea is under discussion. Other proposals include combining the forces of GWC with those of the Evergreening Global Alliance; a Green World Token to invite more public participation in regenerative projects; working with the drone tree-planting company BioCarbon Engineering on a test-bed project in coastal Kenya; a collaboration with DJ Spooky, merging environmental and social regeneration with urban arts , music, and culture; extending Kenya’s successful Green World Schools programmes to many more countries in partnership with collaborators he met at CDLS; and a joint venture to pioneer a moringa-based regenerative food industry, starting in Ghana and Nigeria.