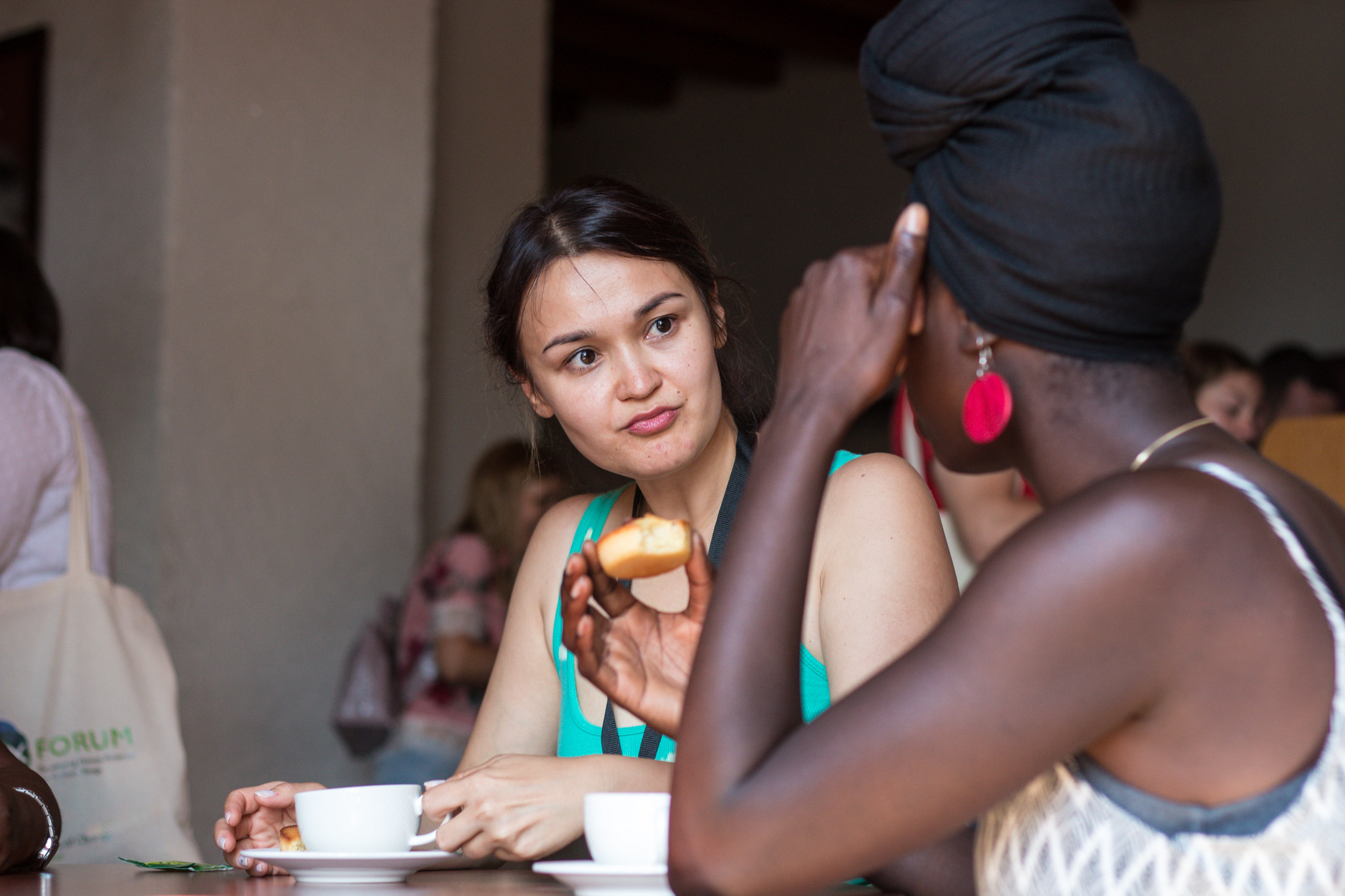 Ilinca Romocea took part in 2018’s Young Ambassadors Programme, under the aegis of Addressing Europe’s Unfinished Business, which brought together young Europeans who aspire to take an active role in transforming society. When Ilinca came to Caux for the first time in 2017, she met Ayat, a young Muslim woman. The encounter changed her profoundly.

Back home in Romania, Ilinca is a medical student. Her dream is to work for Doctors Without Borders: ‘I always wanted to heal people but I also want to fight the deeper causes of conflicts.’

Ilinca enjoys clothes and always dresses elegantly. So when she met Ayat for the first time, her attention was caught by the dress Ayat was wearing: the same colour as hers, but Ayat was wearing a hijab. Ilinca and Ayat started talking and discovered that they shared common interests, particularly related to health. It was the beginning of a friendship.

Ayat is originally from Syria and now lives in Saudi Arabia. She studied law and Ilinca recognized her as a real changemaker who was trying to bring peace to her community. Ilinca had never built a connection with a Muslim woman before: ‘I always considered myself an open-minded person but I didn’t want to hear about Muslim women’. She perceived them as oppressed and weak: ‘I thought that they weren’t doing enough about their situation, that they had the power to change things but didn’t use it.’ Ayat was doing all the things that Ilinca thought Muslim women didn’t do. ‘She was the example that I needed to understand that I was wrong,’ she says.

After they both left Caux, the friends lost contact. The last Ilinca had heard of Ayat, who was pregnant, was that she was in hospital. Ilinca was very worried. When she came back to Caux this year,she couldn’t have wished for a better surprise: she went into the kitchen at lunch time and found Ayat there. But the reunion came with sad news: when she was in hospital, Ayat had lost her baby.

During their year apart, Ilinca had told her family and friends in Romania about her experience in Caux and about Ayat. She says telling their story is ‘not much but it is the best I can do’. But storytelling may be more powerful than Ilinca thinks: it enables honest conversations, builds trust and ignites personal inspiration and action.

Ilinca’s story is about admitting preconceptions and judgments about other people and openly discussing them. Judgment often seems to be about the fear of the unknown. What if overcoming prejudices was just about meeting and building a connection with someone you used to perceive as ‘other’?