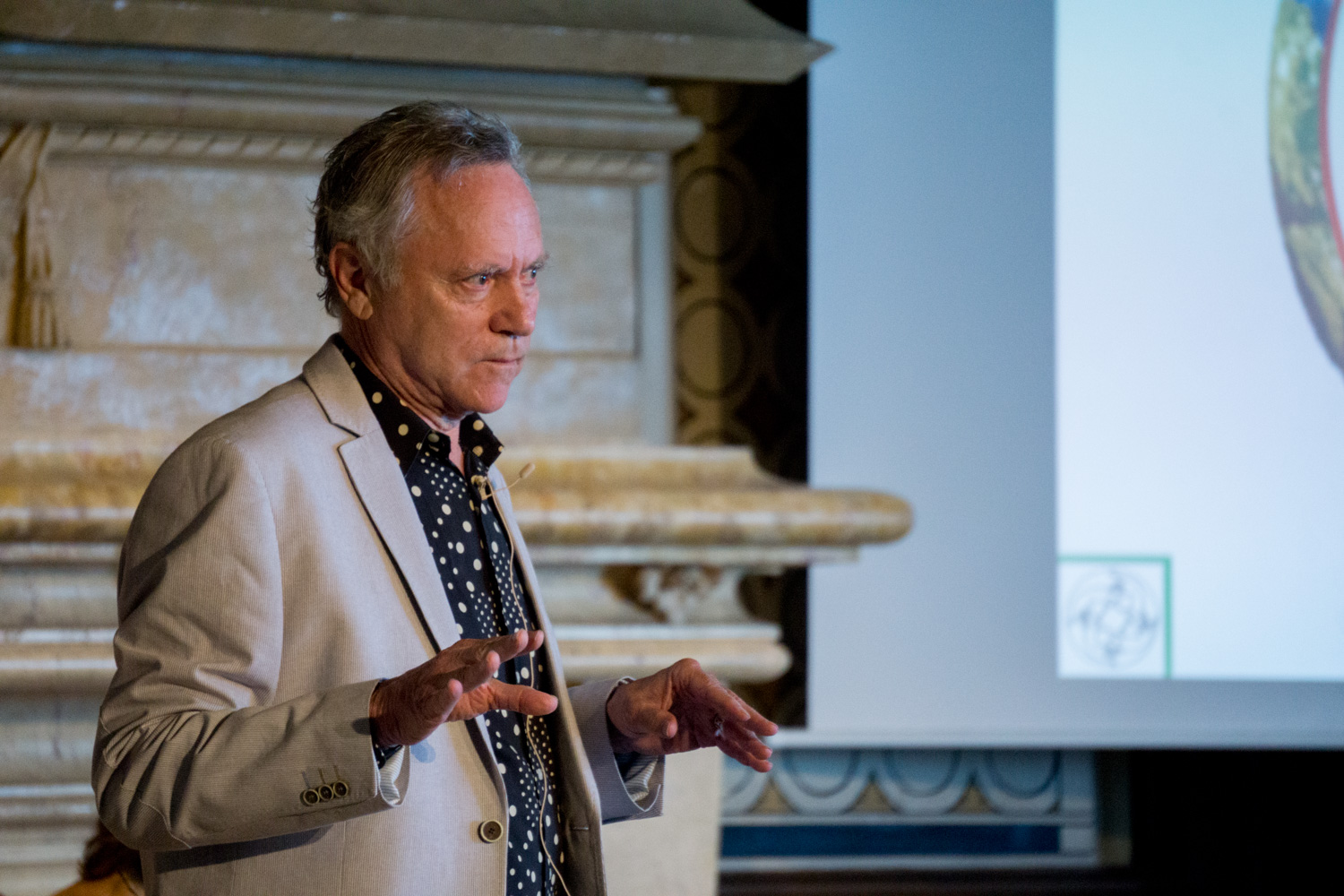 Opening the Caux conference last night on Trust and Integrity in the Global Economy, speakers Sir Mark Moody-Stuart, vice chairman of the UN Global Compact, and Laurence Cockcroft, co-founder of global anti-corruption coalition, Transparency International, talked about the corrosive effect of corruption on societies and on people’s trust in businesses. Truly global in their outlook and careers, both have taken a strong stance against corruption in their respective fields and been instrumental in establishing regulatory, anti-corruption frameworks. Moody-Stuart has been the chairman of both Anglo-American plc and, before that, Royal Dutch/Shell Group. The talk and Q&A session was facilitated by Anita Hoffmann, MD of executive search company, Executiva.

Although a “strong believer” in the power of markets, Moody-Stuart acknowledges that markets cannot deliver everything. “Markets offer choice to people, they release creativity. But you need frameworks for transparency.” The right regulations can push companies to meet more stringent environmental standards more rapidly and effectively. Catalytic converters, for example, “were installed by regulation, at a cost to all car buyers, but they almost immediately eliminated vehicle emission smog.” Moody-Stuart views regulation as essential in tackling our looming environmental crises, such as climate change.

“No single group, whether a business, a civil society organisation or even a government, can solve problems alone.” Cross-sector alliances - engaging different groups to work together - can help solve problems, keep business practices honest and even develop sector-specific ethical regulations. Responsible businesses have an important role to play, even in places where governance is corrupt. “Responsible business is about reporting openly and being accountable to not only stakeholders but to society at large.” Staff also need to see what ethical decision-making looks like; “It might be, ‘We lost that contract because we wouldn’t pay the bribe.’ That way, people see that values trump profit.”

The UN Global Compact can be seen as one of the world’s biggest corporate alliances, with some 8,500 companies involved in 140 countries. “Companies sign up voluntarily but they must report openly on what they are doing on each of the 10 points of the compact.” And the rules are strict: 3,500 companies that signed up have been ejected for not fulfilling the reporting requirements.

‘Responsible investing’ is another potential force for good. “Ten to 15 years ago, if you asked shareholders about what the company was doing, they probably wouldn’t have known.” But today, more informed investors are “raising the bar”, pushing companies towards greater social and environmental responsibility.

After 25 years of working in agricultural development in East Africa, Laurence Cockcroft of Transparency International, sees corruption as a threat not only to the way business operates but to civil society as a whole. He defines corruption as “the misuse of entrusted power for private gain.” However, with the rising power of lobbying groups on political decision-making, the definition can be widened to include the purchase of influence, too.

Cockcroft outlined the multiple ways corruption can impact development, including the distortion of projects, such as “large-scale infrastructure projects that end up as roads that…lead to nowhere.” Public services are diminished and there is environmental destruction, such as illegal logging. Corruption also leads to breath-taking sums of public money being siphoned off illegally, often into off-shore tax havens. “Washington-based non-profit, Global Financial Integrity, puts the figure of such illicit outflows at over $1 trillion dollars” - missing cash that has “disastrous effects” on developing economy government budgets.

Although Cockcroft has witnessed progress, such as greater monitoring of corruption by organisations such as the World Bank and the UN, there are still entrenched ‘roadblocks’ to its effective eradication, such as embedded corrupt networks at the highest echelons of government and society who invest in political machines in order to secure their position and determine outcomes. For real change to happen, the anti-corruption movement needs both “a groundswell of grassroots movements” as well as truly ethical individuals in positions of power. “Leaders that live their anti-corruption beliefs can make the difference.”