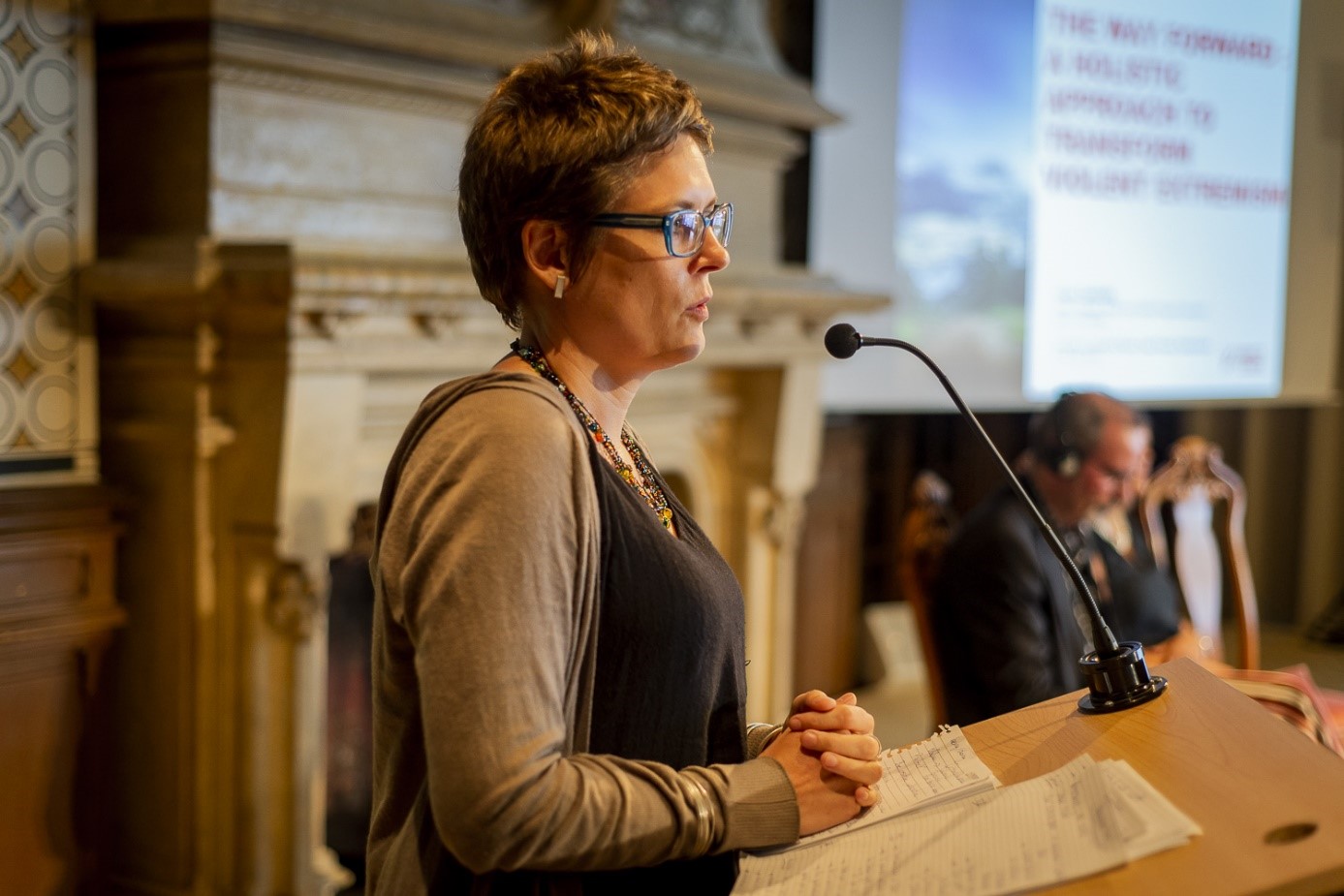 No-one is here by chance. We don’t get involved in peacebuilding without having a story linked to it.

It is 12 July 2019 and the last session of the Towards an Inclusive Peace conference. While attention has focused successively on the prevention of violent extremism, community resilience and the protection of peacebuilders, today’s plenary is highlighting a holistic approach to the promotion of peace, taking Mercy Corps as an example. Represented at the Caux Forum by Emilie Tankora and Alliou Traore, Mercy Corps works in almost forty countries. The international non-governmental organisation works in the areas of humanitarian assistance, food security, conflict management and peacebuilding. 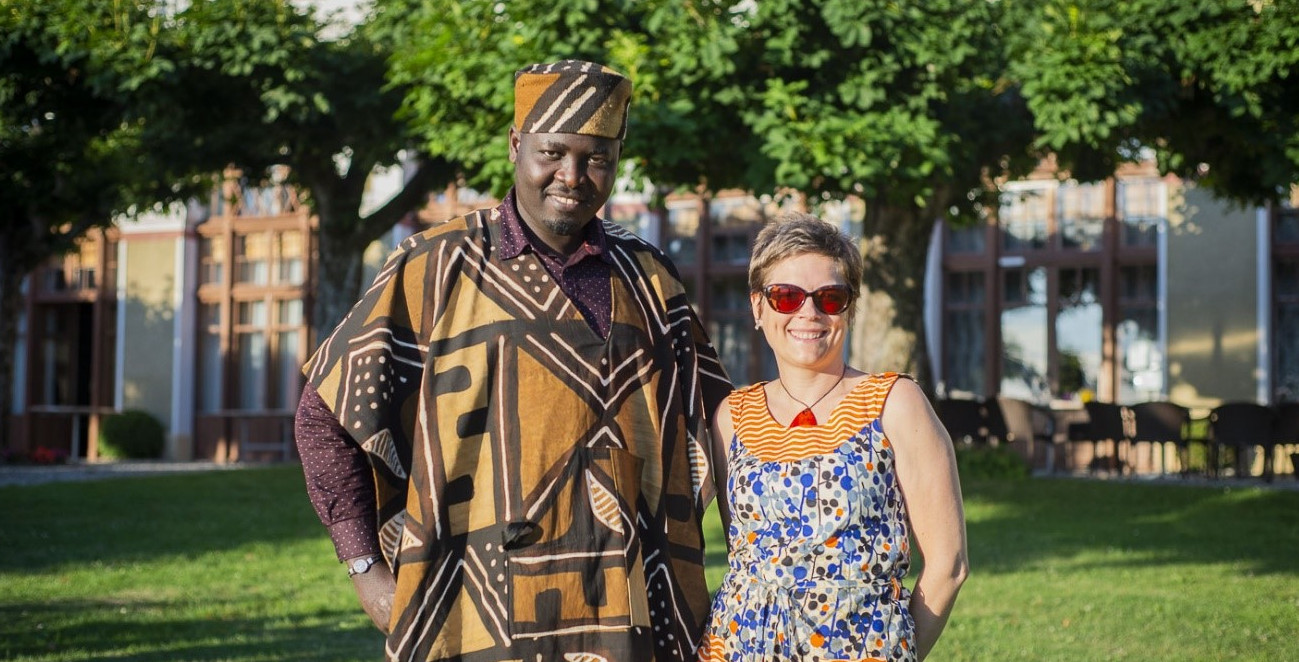 Emilie Tankora is a programme specialist for social cohesion, peace and conflict in Niger, while Alliou Traore is coordinator for peacebuilding programmes in Mali. As part of the regional strategy in the Sahel, Mercy Corps’ programme teams work together to strengthen the organization’s cross-border collaboration.

Emilie studied philosophy before getting involved in the area of migration in France. In 2007 she moved to Niger to work in the area of development with the NGO EIRENE. She joined Mercy Corps in 2019.

Alliou comes from Côte d’Ivoire. A decade ago, he was involved in the mediation of a land dispute which made him realise his professional purpose: work for justice and the communities. ‘Peacebuilding has human beings at its core,’ explains Alliou. This helps him in the work he does at the moment which is in a difficult context.

In Mali, in addition to armed groups, there are rebels, jihadists and radical groups as well as rivalries between communities and attacks on the United Nations mission (MINUSMA), and the French and Malian forces. ‘Giving hope to local communities’ is the mission he gave himself almost a decade ago.

Mercy Corps is working both on a humanitarian response looking at subsistence methods, agriculture and access to water, and on a longer-term approach. It is trying to strengthen community resilience and promote social cohesion.

The approach is localised and integrated. Initially the aim is to identify the communities’ points of resilience and vulnerability. The communities then implement, in partnership with Mercy Corps, projects to strengthen their resilience. ‘What’s most important is understanding. Each village has its own story,’ says Emilie.

In the Tillabery region in Niger, Mercy Corps studies highlighted the vulnerabilities and resilience of local communities. The main points of vulnerability are due to a weak state presence which negatively impacts education as well as a lack of economic opportunities and difficult access to resources. Resilience comes from intra and inter community dialogue and religion which allows actors to connect around central values of peace and love.

Two projects have been set up by the community: Youth ACT which is about the development of economic opportunities and the inclusion of young people in the decision-making process, and the PEACE project which is an action research project. The hypothesis is that strengthening cohesion increases community resilience to violent extremism.

The Caux Forum as place for meetings and exchanges

Thanks to the contact between the Mercy Corps office and the Initiatives of Change office, Emilie and Alliou have been able to share their experiences during the Towards an Inclusive Peace conference.

Alliou tells me that this is the first time he has shared his personal experience. ‘The Caux Forum’s philosophy, which is based on human potential, is in line with Mercy Corps’ vision. Be the change you want to see in the world,’ he continues. Emilie agrees. She talks about her all-encompassing work promoting strong values such as tolerance, sharing and inclusion.

In 2019, Mercy Corps’ example highlighted the need to adopt a local approach. The participants of Towards and Inclusive Peace all agree: we need to go beyond security approaches to prevent violent extremism and promote peace. 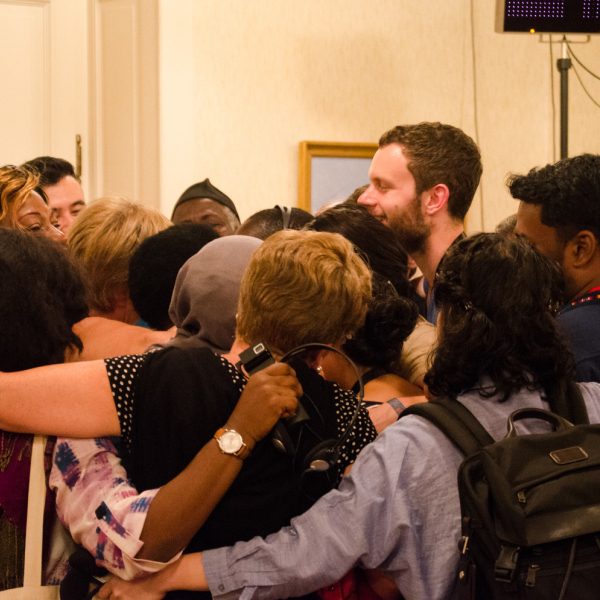 Towards an Inclusive Peace 2017 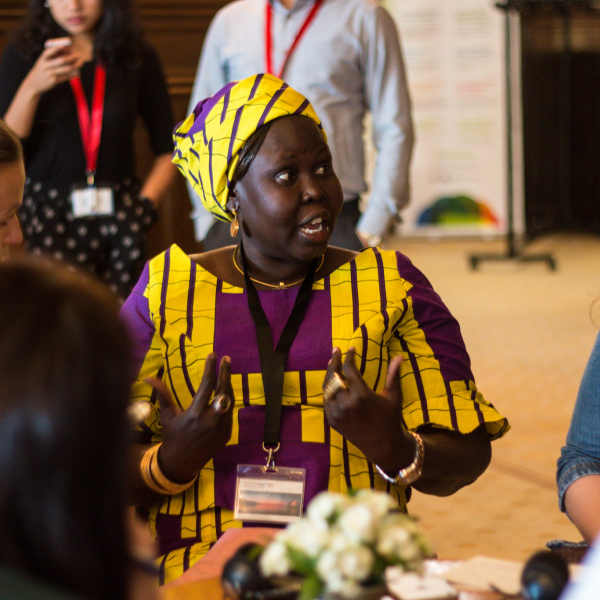 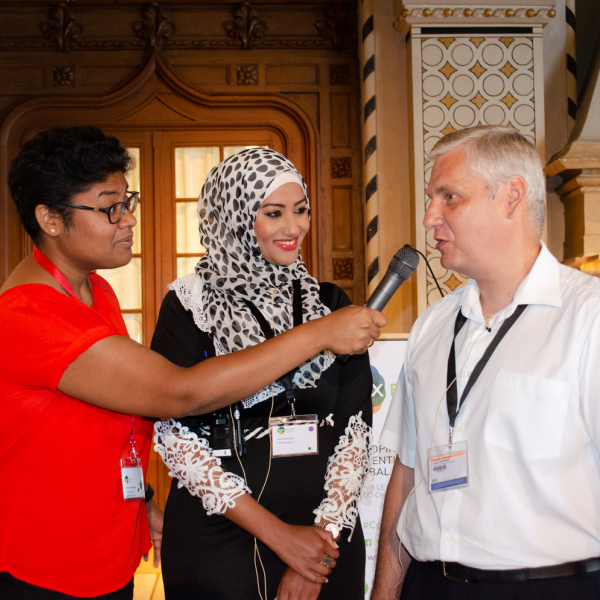