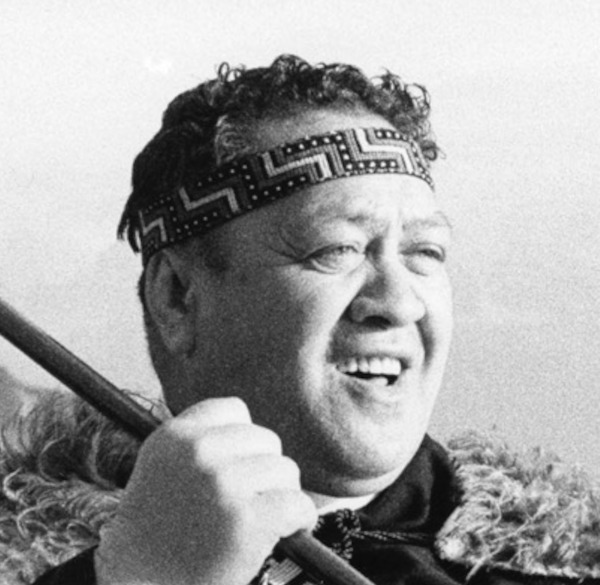 For Caux’s 25th anniversary in 1971, a charter plane brought 124 people from Australasia and the Pacific, including a group of Māori from New Zealand. As it flew up the coast of Italy, their leader, Canon Wi Te Tau Huata, experienced strong emotions.

Wi Te Tau Huata had been chaplain to the 28th Māori Battalion which had suffered heavy casualties in Italy during World War II, especially at Monte Cassino. Huata had conducted the burial service for each Māori who was killed.

When the party arrived at Caux, one of the hosts of the conference, Fulvia Spoerri, gave the new arrivals an introduction to the conference centre. She ended by saying, ‘I am a German; many of my generation call themselves Europeans. We are ashamed of the cost paid by your countries on the other side of the world for our actions in the Second World War. We don’t ask you to forget; we do ask for your forgiveness.’

As soon as the meeting ended, Huata stormed out. ‘That was one of the worst moments I have lived through,’ he told a friend who asked what was wrong. ‘I am reminded of all the friends I buried in Italy and of my prayer during those days: “God, destroy Hitler and wipe the Germans off the face of the earth.”’

‘What do you feel to do about it?’ the friend asked.

‘I need to apologize to the lady,’ Huata replied. ‘I have been a priest all these years and I have carried this hate in my heart.’ Before he left for Caux, his wife had asked him, ‘What are you going to do when you meet the Germans?’ His reply had been that he would wait until it happened.

At that moment Fulvia Spoerri walked by and Huata stopped her and asked for her forgiveness. ‘This produced a stormy conflict inside me and I had a restless night,’ he said later. ‘Next morning my room-mate told me it had been like sharing a room with a whale!’

The next morning, he asked for a chance to speak from the platform, and repeated his apology to all the Germans present. ‘I spoke about reconciliation and felt as if a ton weight had fallen from my back.'

I spoke about reconciliation and felt as if a ton weight had fallen from my back.

Unknown to him, former officers from the German Afrika Corps were present and at the end of the meeting they came to shake his hand. Some of them had come to Caux in a last attempt to heal difficult marriages, or to reach an understanding with their children. They asked Huata to help them.

After Caux, Canon Huata visited Northern Ireland, where he met the outspoken loyalist politician Ian Paisley. He told him of the freedom from bitterness he had found, and of the new friends he had made amongst former enemies.

He also went to see the Abbot of the Cistercian Order in Portglenone. There he spoke of the bitterness he had held towards Catholics. ‘My eldest son married a Catholic and I never forgave him, until at Caux I saw that “love your neighbour” includes those not in the Anglican Church!’ He had written a letter of apology to his son and daughter-in-law and received their loving reply on the day he arrived in Ireland.

Before leaving Europe the Māori group visited Rome where they attended Pope Paul VI’s service at Castel Gondolfo. They were ushered to the front of the large auditorium with its congregation of 5,000.

After the service the Pope came down from the dais to where the Māori were standing, wearing their traditional cloaks and headbands. Placing his hands on their shoulders, the Pope said, ‘My blessings and special greetings to the Māori people of New Zealand.’ He presented them each with a medallion. Huata later gave his medallion to his son and daughter-in-law.

The New Zealand Ambassador in Rome had known the Canon in Italy during the war. He provided a car and driver so that they could visit the war cemetery in Monte Cassino, 80 miles away. There, more than 25 years after the battle, the Canon conducted a memorial service for all those who had made the ‘supreme sacrifice’, both friend and enemy.