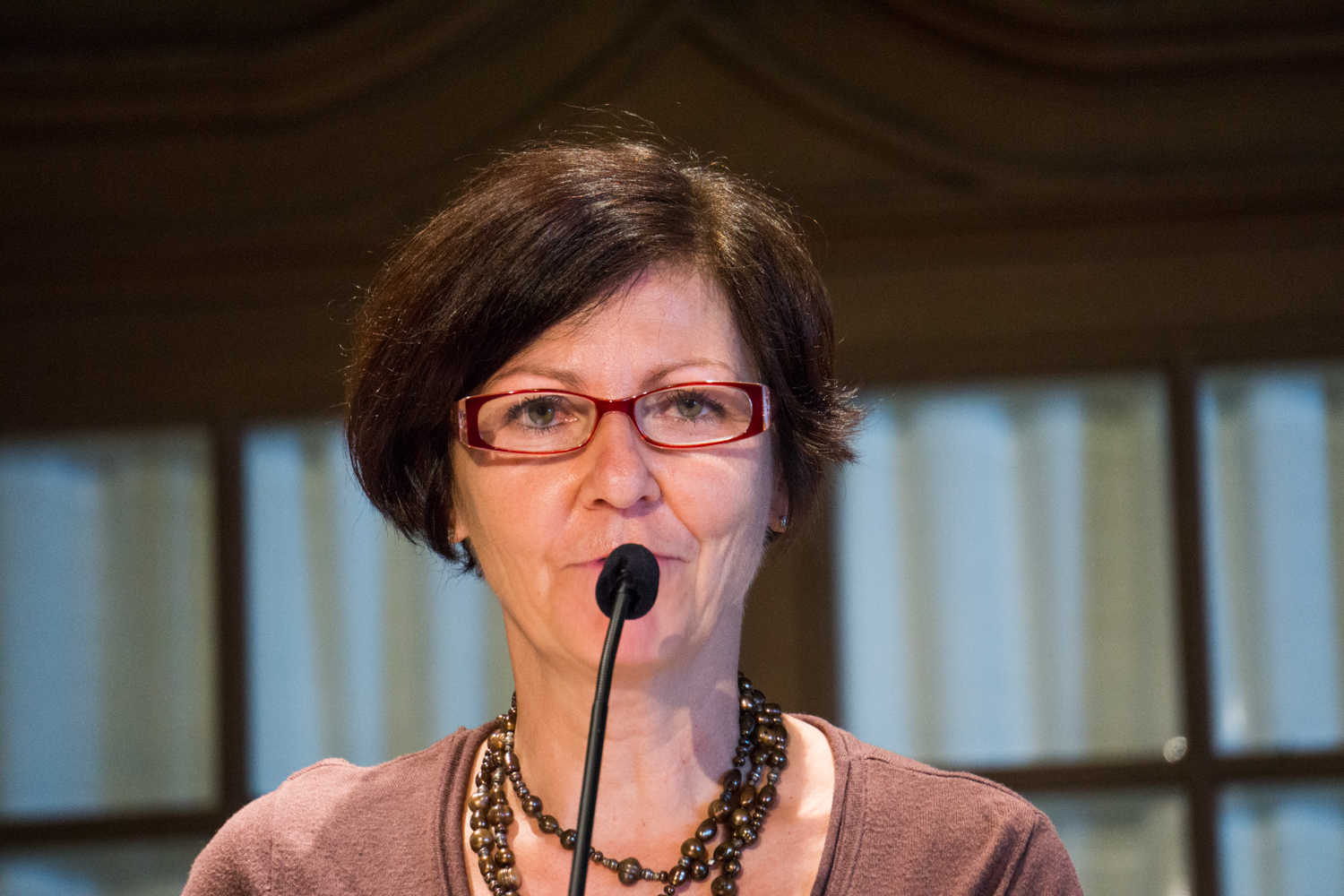 The Swiss foundation CAUX-Initiatives of Change (CAUX-IofC), well-known for its reconciliation and peacebuilding work as well as its yearly International Caux Conferences, has announced the hiring of Ms Barbara Hintermann, as its new Secretary-General.

Barbara Hintermann will bring her wide international experience and knowledge to help further develop the actions of the CAUX-Initiatives of Change Foundation in its main focus areas of trustbuilding, ethical leadership and sustainable living.

Barbara Hintermann was born and studied economics in Zurich. After spending two years in a data processing project for a Swiss Bank, Ms Hintermann decided to work for social causes and took on a position with the Association of Zurich hospitals managing an environmental and a human resources project; she then took the responsibility of UNICEF Switzerland’s fundraising. In 1995 she joined the International Committee of the Red Cross and held several positions in the Middle East and Africa. From 2002 to 2004 she served as Deputy Head of Operations for the Balkans. She then returned to the field as Head of Delegation in Guinea-Conakry and in Colombia. From 2008 to 2012 she was Head of Operations for North America and Europe, before being appointed the ICRC’s Deputy Director of Human Resources. In 2014 she decided to look for a different challenge and commitment, again in the service of the humanist goals she had set herself. She is married and the mother of an 11-year girl.

Cornelio Sommaruga, Honorary President of Initiatives of Change International, said: “I am extremely pleased with the decision of the CAUX-IofC Foundation to appoint Ms Barbara Hintermann Secretary General. While at the ICRC, she handled a number of challenging experiences in conflict situations. I appreciate her maturity and openness as well her social engagement since many years. I wish her and the Caux Foundation all the best in this new situation for both.” “We are extremely happy that Ms Hintermann joins us as our new Secretary-General,” added Antoine Jaulmes, the President of CAUX-Initiatives of Change. “In a world where the work of non-profit organisations is increasingly complex and demanding, the CAUX-Initiatives of Change Foundation is being confronted with greater-than-ever needs as well as unprecedented opportunities for partnerships and new initiatives. We needed someone who understands not only the world of peacebuilding, but also the world of management and communications.”

“After 20 years spent in the humanitarian field with the ICRC, I am keen to explore how to foster global change through individual change,” said Ms Hintermann. “CAUX-IofC has done so much meaningful work over the years; the chance to add new achievements to its unique legacy is compelling. I look very much forward to working with a broad community of highly committed individuals and groups.”