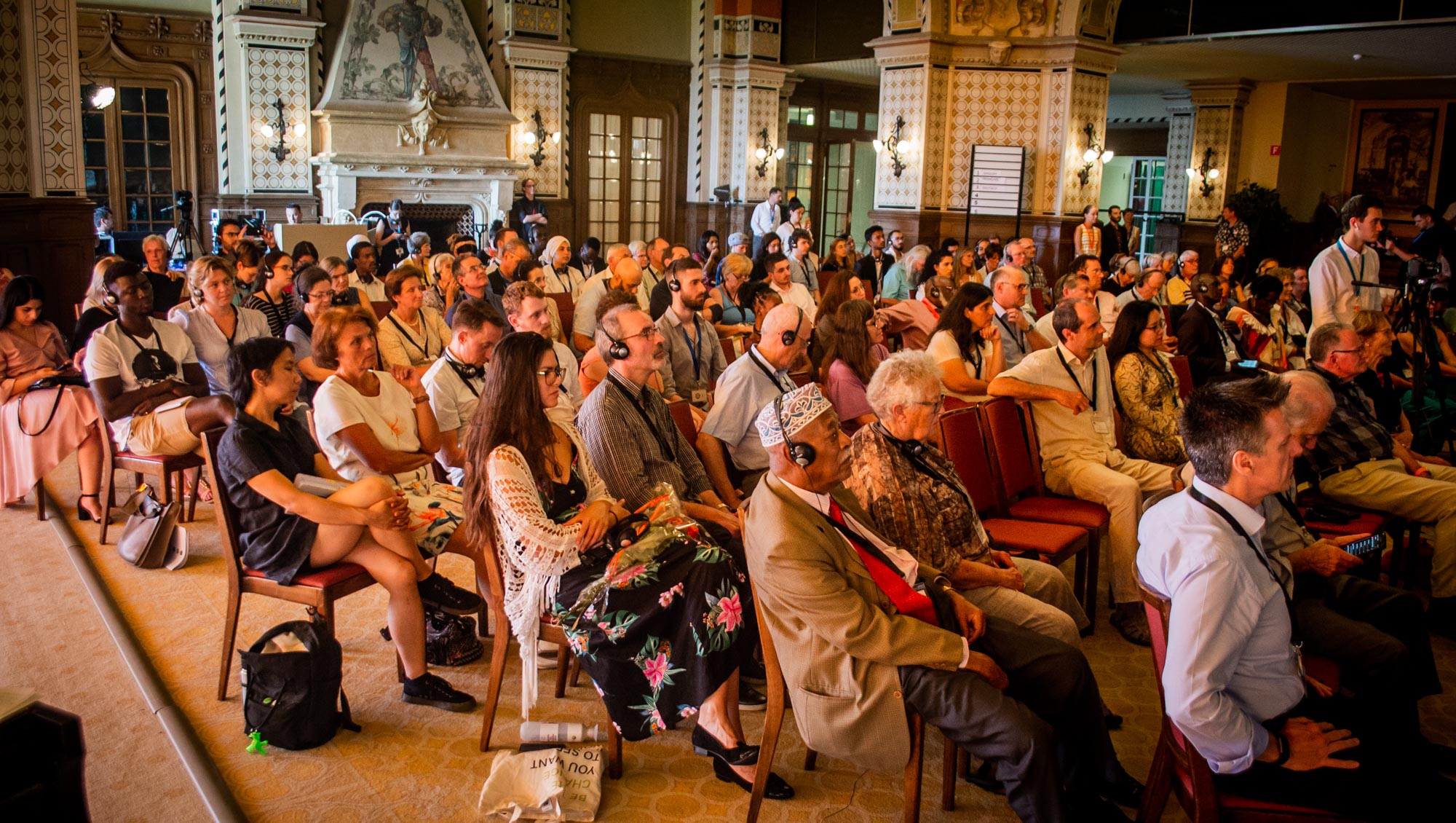 Is Trustbuilding a forgotten factor in today’s world? With this question in mind, about 80 participants listened and reflected as the Opening Ceremony on the afternoon of 26 June kicked off the 2019 Caux Forum. Trustbuilding as a soft skill is often overlooked despite its importance as a determining factor for human relationships and for successful humanitarian, peace and development work which is why it is at the centre of the 2019 Caux Forum.

The ceremony began with a tribute to the late Mohamed Sahnoun for his involvement with Initiatives of Change and a short piano recital by Oana Dinea.

Laurent Wehrli, mayor of Montreux, then formally opened the ceremony and took the opportunity to remind the audience of the importance of Initiatives of Change’s work.

It was then the turn of Christine Beerli, President of Initiatives of Change Switzerland; Stéphane Rey, Deputy Head of the Human Security Division in the Swiss Federal Department of Foreign Affairs; and Jitka Hromek-Vaitla, Director of the Caux Scholars Program, to offer their reflections on the different aspects of trust.

Rey explained that in human security trust is the foundation for discussion between parties in conflict. In this way communities, not states, are at the centre of any peace efforts. In response to Beerli’s questions as to why parties in conflict would trust Switzerland, Rey highlighted the historical role of Swiss diplomacy and its natural tendency to be transparent without any hidden agendas.

Trust has a very personal dimension. ‘Is knowing each other the beginning of trustbuilding?’ asked Beerli. During the Caux Scholars Program, led by IofC US, the diverse participants question their stereotypes ‘in order to start to understand the other’ explained Hromek-Vaitla. She talked about an Azerbaïdjani and an Armenian girl who grew up with strong stereotypes of each other’s countries and people. By sharing their story and realizing that the Armenian had lost her parents in the city where the Azerbaïdjani now lives, they found they could relate to each other.

In a wider perspective Beerli explained that ‘trust is a condition for our coexistence, without it our society falls apart ’. Indeed, in distrust we stop taking action, we don’t open the dialogue and we feel failed by the government. 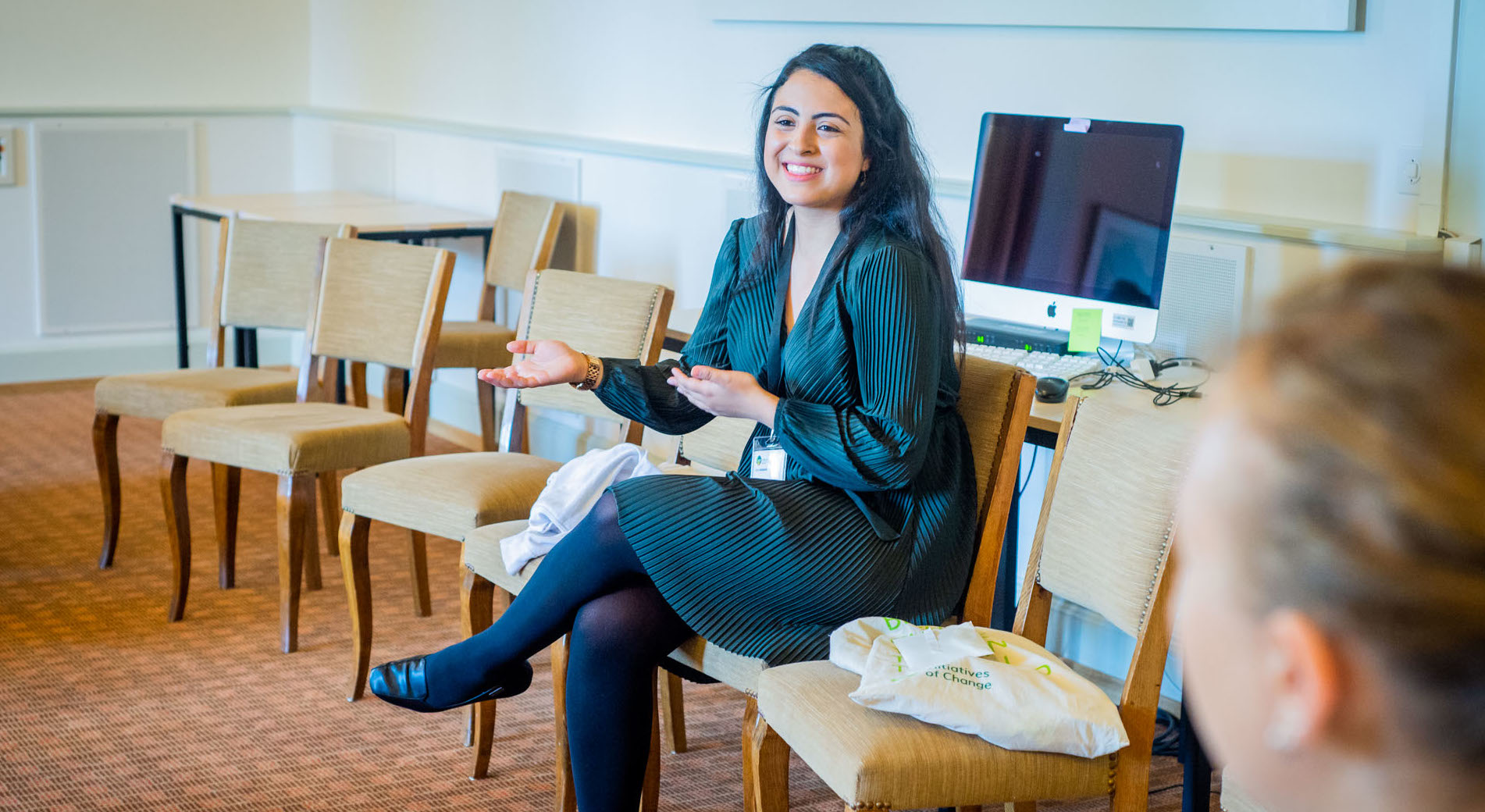 In the afternoon a human library session was held where young people from the Caux Peace and Leadership Programme and the Caux Scholars Program told their personal stories. Nora Abdalaal from Canada, founded a non-profit organisation that will soon open its third chapter. She shared her experience in volunteering with refugees and immigrants and highlighted that she could only help these families because they trusted her with their most intimate stories. For her there is only one pre-requisite to help someone and care for them, and that is that they are a human being.

Tinotenda Mhungu shared how he became an activist for social and economic justice in Zimbabwe after being imprisoned for organising demonstrations and other actions against the government. Through Initiatives of Change he realized that spreading hate was not the solution for changing his country. He now aims to build bridges between polarized political communities by creating trust between them.

The day ended with a cup of tea on the sunny terrace and a guided tour of the Caux Palace. The 2019 Caux Forum is now ready to welcome speakers and participants for the summer conferences.