‘Our goal in Meghalaya is to build a low-carbon economy through complete involvement and ownership of communities,’ Conrad Sangma, the Chief Minister of Meghalaya, told the opening session of the Caux Dialogue on Land and Security (CDLS) in June 2019. ‘I acknowledge that we have a long way to go, but we have definitely taken some significant steps to restore our land and build climate change resilience amongst our communities.’ 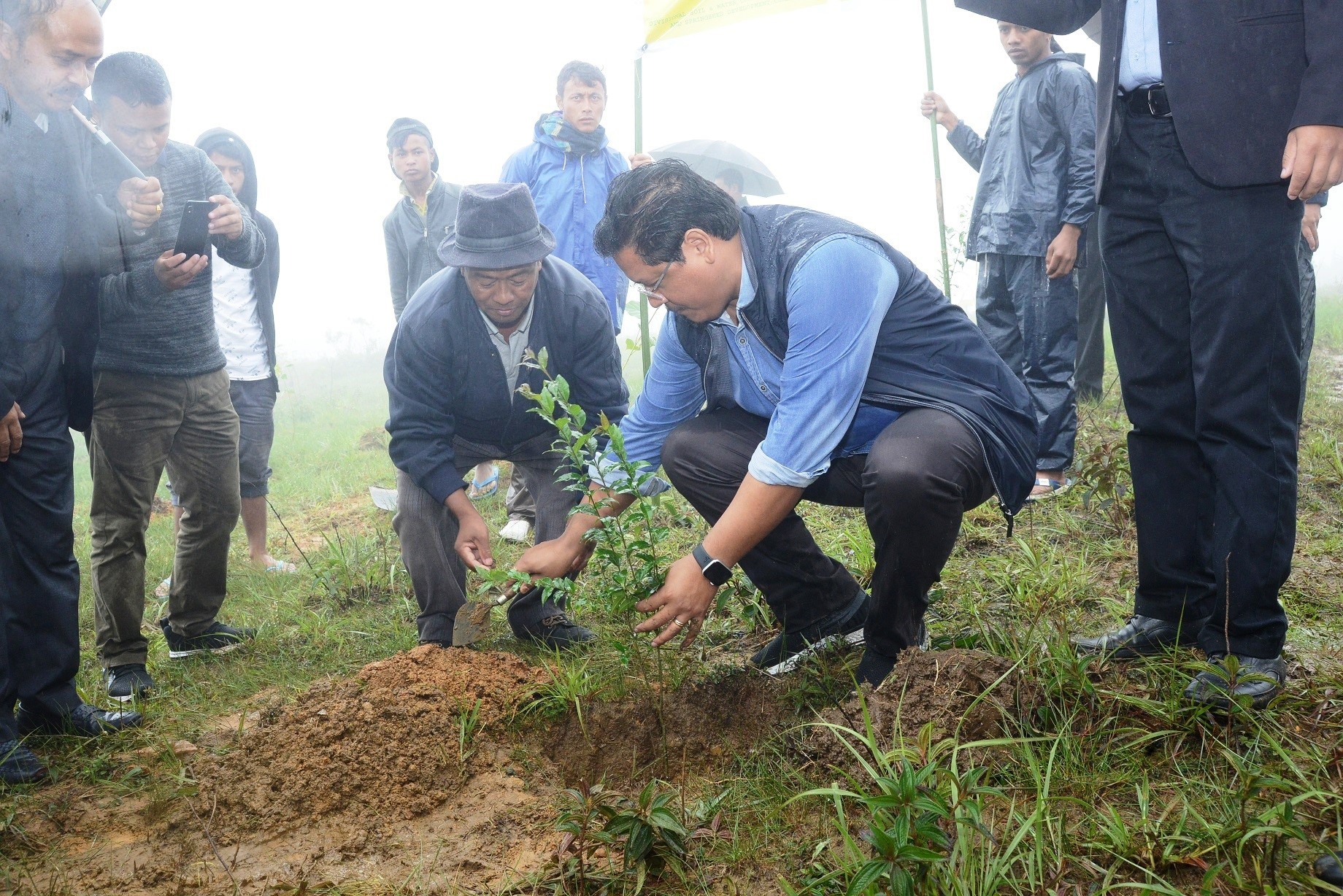 Conrad Sangma, who also launched the first Summer Academy on Land, Security and Climate, which ran alongside the CDLS, spoke of the long-standing link between Initiatives of Change (IofC) and Meghalaya. In the 1960s, the guiding principles of IofC were used by leaders of the non-violent movement which eventually led to the creation of the State of Meghalaya in 1972. More recently, many officials and leaders from the State have been trained at Asia Plateau, Panchgani, the IofC headquarters in India. In 1994 Meghalaya sent a government delegation to Caux. ‘Our engagement with IofC is long and continuing,’ said Sangma, ‘and I am glad to have added another chapter to this through participation in this year’s Caux Dialogue.’

As in the rest of the world, Meghalaya’s traditional ethos of environmental conservation and community governance has been diluted in the last few decades, leading to land degradation in some regions. In addition, the impact of climate change is being felt in multiple ways. The rainfall pattern in the state has become erratic and extreme weather events have become more frequent. Against this background, Sangma’s government has placed sustainability, environmental conservation and strengthening community-level governance at the centre of its development efforts.

Under his leadership, Meghalaya has become the first state in India to draft a comprehensive Water Policy. In recent years the state has also strengthened community governance through nurturing new village-level bodies that are in sync with traditional institutions. Some Meghalayan villages are lighthouses for rural communities across the globe, and the state government’s efforts have been appreciated both by the Government of India and by international donor agencies.

Now Sangma wants the experts he met at CDLS to deliver sustainable projects which will enable the Government of Meghalaya to provide green jobs for its people and revenue for industry, government and communities. ‘I extend a warm welcome to all of you to visit Meghalaya and to help us with more thoughts and ideas to better solve the challenges of environmental conservation,’ said Sangma. ‘I am also certain that there is much to learn from the sustainability-related interventions of both the government and the communities of Meghalaya. I urge the CDLS to engage with Meghalaya and to extend this engagement to the whole of North East India in times to come.’

As a first step in this direction, Meghalyan officials worked alongside the IofC international delegation to the Conference of the Parties to the UN Convention to Combat Desertification (UNCCD COP14) in Delhi, where they presented the implementation of the Meghalaya Water Policy.