Webmarketing consultant and social entrepreneur Nhat Vhuong is passionate about tackling water scarcity. A Vietnamese refugee, who grew up in Switzerland, he worked in Japan for eight years before returning to Switzerland in 2015. 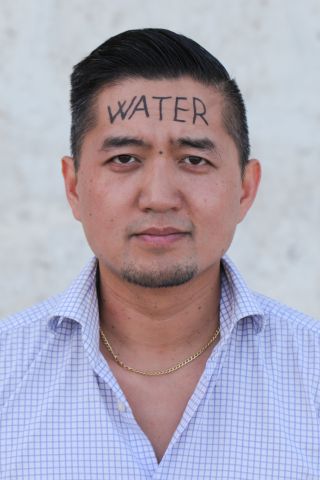 In 2017, Nhat Vhuong watched a video on the internet about a machine invented by a Spanish retired engineer, which can produce drinkable water from the air. Nhat saw its potential for humanitarian projects and decided to raise funds to install one in a refugee camp in Lebanon. The machine now produces 500 litres per day and benefits 150 families. He set up Water Inception, a social enterprise which aims ‘to raise awareness about the upcoming global water crisis and provide water technologies to communities facing water scarcity around the world’.

Water Inception was just an idea when Nhat first took part in the Caux Dialogue on Land and Security as an Emerging Leader in 2017, and he has since returned and become an active member of the Caux community. He found it inspiring to meet people from so many backgrounds ‘fighting the same fight to protect lands’. His visits have expanded his network, and he has maintained close bonds with other participants of the CDLS, using their insights and advice to guide his own work. The CDLS’ understanding of the importance to peace of environmental security and access to adequate environmental resources ties in perfectly with the ethos of his work.

Since 2017 Nhat has been recognized at the World Economic Forum, built a successful crowdfunder and raised enough capital to make Water Inception a reality. As well as providing water technologies to vulnerable communities facing water shortages, it also raises awareness about the world water crisis and new water technologies, including at the CDLS. Nhat believes the CDLS could benefit from more direct discussion of water and that that there are many Swiss water organizations who could offer productive insights to the discussions about land security that are at the heart of the conference.