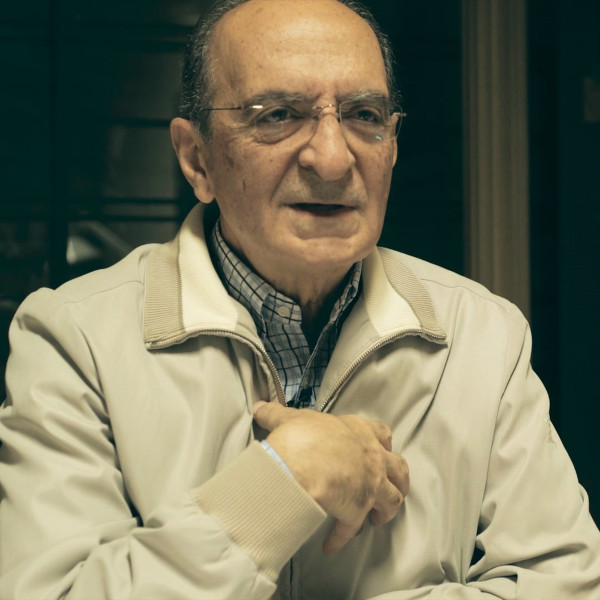 In 1968, a leadership training course for young people took place at the conference centre in Caux – a precursor of the scores of similar programmes which have followed, culminating in today’s Caux Peace and Leadership Programme.

One of those who took part was a 21-year-old law student brought from Beirut, Lebanon, Ramez Salame. He had encountered Moral Re-Armament (MRA, now Initiatives of Change) earlier that year, and embraced the practice of inner listening. ‘These quiet times were the occasion for God, in whom I had lost all faith, to appear in my inmost self,’ he says. ‘I started having thoughts of real care for people around me.’

One of these thoughts was to take his two sisters to the cinema: at that time they could not  have gone on their own. ‘It was a first victory over the total self-centredness in which I had been living. This brought a deep joy into my life.’

In Caux, Ramez continued his exploration. ‘My roommate challenged me that if I wanted to build a new world I had to “scrape my heart”. In a period of reflection, I noted down things which I needed to put right; my relationships with my father and brother and with some friends I had betrayed, and a book I had stolen.’

It was a first victory over the total self-centredness in which I had been living. This brought a deep joy into my life.

He wrote letters of apology to his father and friends, and gave back the book. ‘The most difficult thing was apologizing to my younger brother and confessing my jealousy; but, yielding to the inner urge, I was finally able to do so. When I did that I was a free person. Old habits and resentments disappeared.’

Seven years later, in 1975, civil war broke out between Lebanon’s Christian and Muslim communities. Ramez joined a Christian militia. ‘One day, in a moment of prayer, I perceived that God had a more important battle than the one I was fighting. I gave away my gun. Later I had a thought to go across the dividing line in Beirut and meet Muslim friends I hadn’t met for a long time because of the war.’ It was so dangerous that he didn’t tell his wife what he was doing.

One day, in a moment of prayer, I perceived that God had a more important battle than the one I was fighting. I gave away my gun.

Ramez and his Muslim friends launched a series of dialogue meetings which brought together influential people from the various communities and parties. He brought scores of young Lebanese to Caux during those difficult years. ‘I shared a room with one of them,’ remembers Ulli Ott Chanu. ‘She spoke French, I spoke English, so it was really hard to communicate. But she gave me a wooden icon which I still have. Whenever I see it I think of her and Lebanon. This is what Caux does to people – opening up the world and bringing people into your heart.’

The dialogues continued after the war ended. Ex-combatants from both sides took part, renouncing the atrocities they had been involved in. One of them was Assaad Chaftari, a former leader of a Christian militia. Today these former enemies work together as ‘Fighters for Peace’, co-founded by Chaftari, to help younger Lebanese to discover ‘what we realized too late – that in a civil war everyone loses’. They speak in schools and universities, organize summer camps, reach out to families who have lost relatives, using dialogues, theatre and an online library of personal stories.

‘The rebirth of my personal faith could have merely made me a self-sufficient and proud Christian believer,’ says Ramez. ‘But IofC has constantly challenged me to go beyond this: to reach out to others – particularly my Muslim compatriots – and to work with them for a renewal that must start first in our own lives, on the basis of our shared need for each other.’