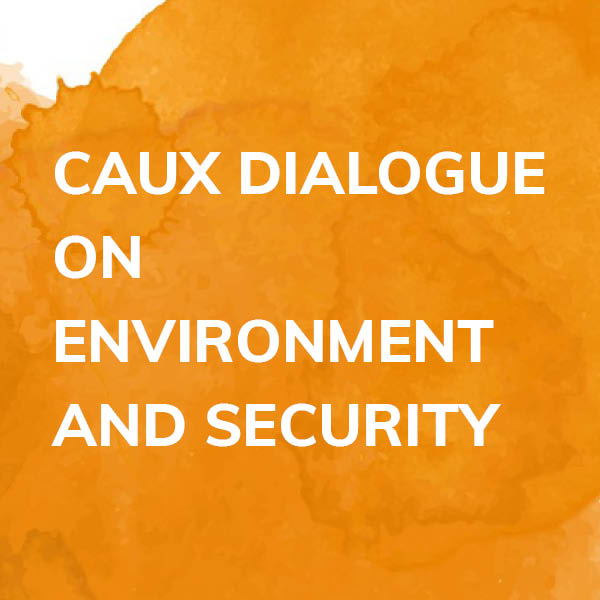 As part of the Caux Forum Online 2020, Initiatives of Change Switzerland and the Human Security Division of the Swiss Federal Department of Foreign Affairs organized a video-conference in French on ‘Land and Security in Sub-Saharan Africa: assessing the risks and seeking an answer’.

As part of the Caux Forum Online 2020, Initiatives of Change Switzerland and the Human Security Division of the Swiss Federal Department of Foreign Affairs organized a video-conference in French on ‘Land and Security in Sub-Saharan Africa: assessing the risks and seeking an answer’.

The event was moderated by Rainer Gude, Co-Director General of IofC Switzerland. The panel included:

The conference provided an opportunity to explore the links between the impact of humans on their environment, globally and regionally, and the insecurity and violence experienced by the populations of sub-Saharan Africa. It showed that no approach, whether transnational or local, can escape the reality of the strong and increasingly obvious connection between climate change, insecurity and political responsibility. 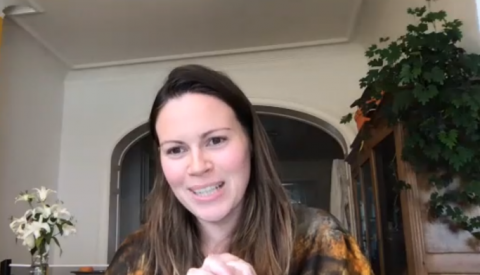 Olivia Lazard stressed that (legitimate) research on subsoil and land resources related to climate phenomena (soil aridity, exploitation of mining resources, food difficulties, poor land management) should not overshadow the deeply worrying transformation of fertile land. Through deforestation, and the use of trees for firewood and construction, biodiversity is disappearing, soil fertility is collapsing and the water cycle is breaking down, causing conflicts and violence in huge, ever expanding, areas. As these local dynamics accumulate, they also cause serious disruptions between distant regional climate systems, for example between the Congo Basin and the Nile Basin (with consequent political tensions). Economic policies that affect land must therefore be viewed in a global perspective. 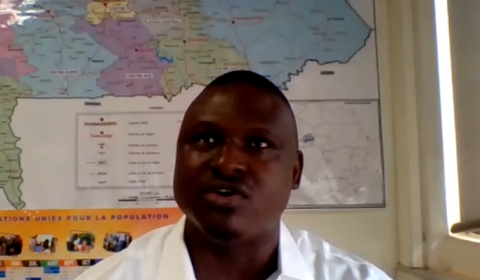 Since 2018 violent extremist groups located in protected areas in the Sahel, and in Burkino Faso in particular, have had a direct influence on the environment and even the climate, said Mahamadou Savadogo. Through their control over these areas and the fauna and minerals found there  and through their fighting, these groups unbalance not only local biodiversity but also the regional climate. Only the return of the State and a policy of equitable land distribution, taking into account the needs of local populations, can stop this degradation. 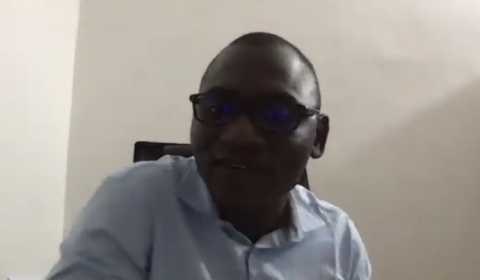 Oumar Samaké is interested in creating opportunities for women and young people to have access to land in Mali, a society largely dominated by men, social customs and population growth. Lacking work, young people in rural areas turn to gold panning (which also destroys arable land), migration or violent extremist groups. The response must therefore involve loans or donations of registered land, with a twofold aim: to limit environmental deterioration by encouraging sensitive modern farming practices and to generate remunerative activity. 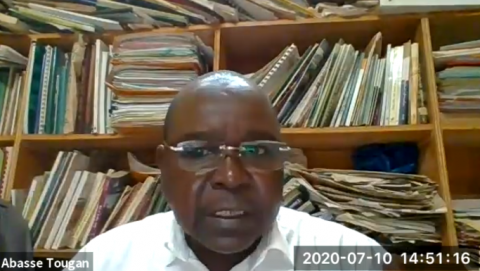 Abasse Tougiani is deeply concerned about the situation of young people in his country, Niger. He said that everything must be done to give them work, land and hope for the future, otherwise they too will turn to migration, cities or violent groups. To keep young people in their communities, new land must be found for them, existing land must be improved and agricultural activities such as market gardening, cattle feeding or oil production must be developed. Village committees are responsible for this work and their experience has  been conclusive. These initiatives need to be multiplied and Niger’s government will soon be called upon to legislate on the basis of these successes.

Discrimination against women in relation to the granting of land, inheritance and the failure to apply laws passed in their favour featured prominently in the discussion which followed these contributions. It was also pointed out that, first and foremost, the search for solutions requires dialogue with local authorities, who have significant powers on land issues, and national legislation that grants equal rights to women and men. But it was also recalled that violent extremism in the Sahel directly affects women, either because they are left alone in the village when the men fight, or because their society ties them, through their economic and social activities, to land that is increasingly degraded and impoverished.

On the theme of dialogue, the role of politicians was highlighted. Climate, environmental protection, land, the role of women, dialogue are all political and are all linked. The current crisis in sub-Saharan Africa opens up useful perspectives: the speakers believed that the environment will be at the centre of socio-political events and concerns in the coming years. Local authorities seem to have understood this better than national authorities: mining permits are still granted by governments in a ‘conventional’ way, without respecting the needs of the population and those of nature. There is still room for action!

In conclusion: the speakers agreed that values were crucial to preserving the environment on which the security of populations depends so profoundly. These ‘true values’ include education, sharing, communication with all segments of the population, thoughtful local governance and the mobilization of civil society and, in particular, the people most directly affected.

The urgent need to awaken governments was the final word. 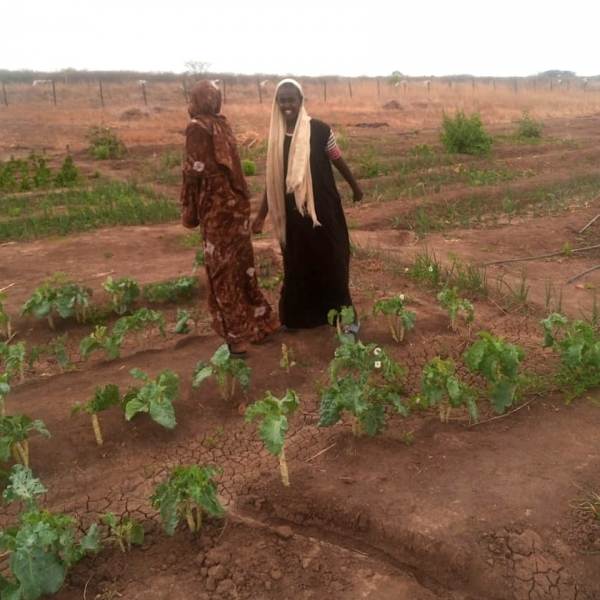 IofC’s Initiatives for Land, Lives and Peace (ILLP) programme works on the links between environmental regeneration and sustainable peace and security. In 2020, it helped to create Water Warriors, a c... 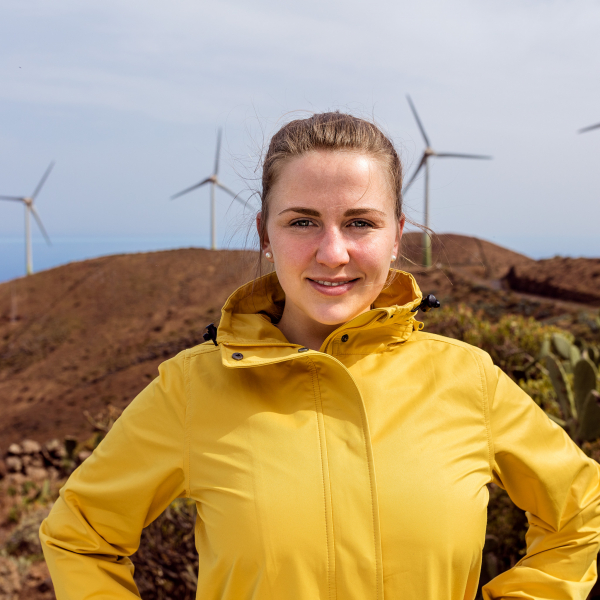 Raising a voice for the future

Read our interview with Rebecca Freitag (28), the German UN Youth Delegate for Sustainable Development from 2017 to 2019, promoting her generation’s concerns about sustainability at the United Nations... 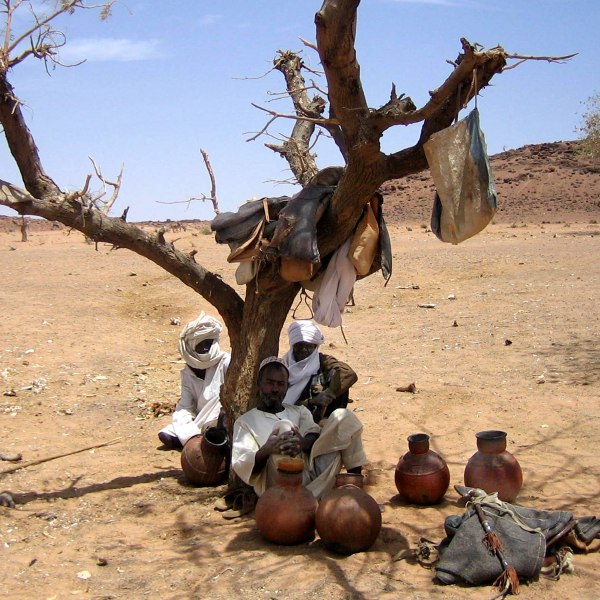