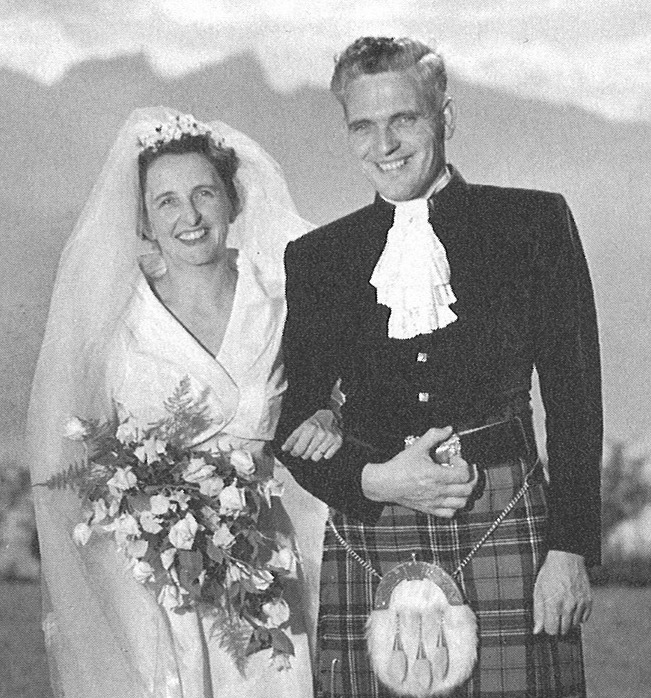 When Elsbeth Spoerry helped to clean up the derelict Caux Palace for the first conferences in 1946, she could hardly have guessed that, six years later, she would get married there – with over 1,000 conference participants as guests.

The wedding was unusual for other reasons too. Elsbeth had grown up in privilege in Zurich, as a member of one of Switzerland’s great industrial families. Adam’s father had been a coalminer in Musselborough, near Edinburgh. Adam left school at 14, continuing his education in evening classes. Elsbeth went to Zurich, Geneva and Freiburg Universities, and graduated as a Doctor of Law. 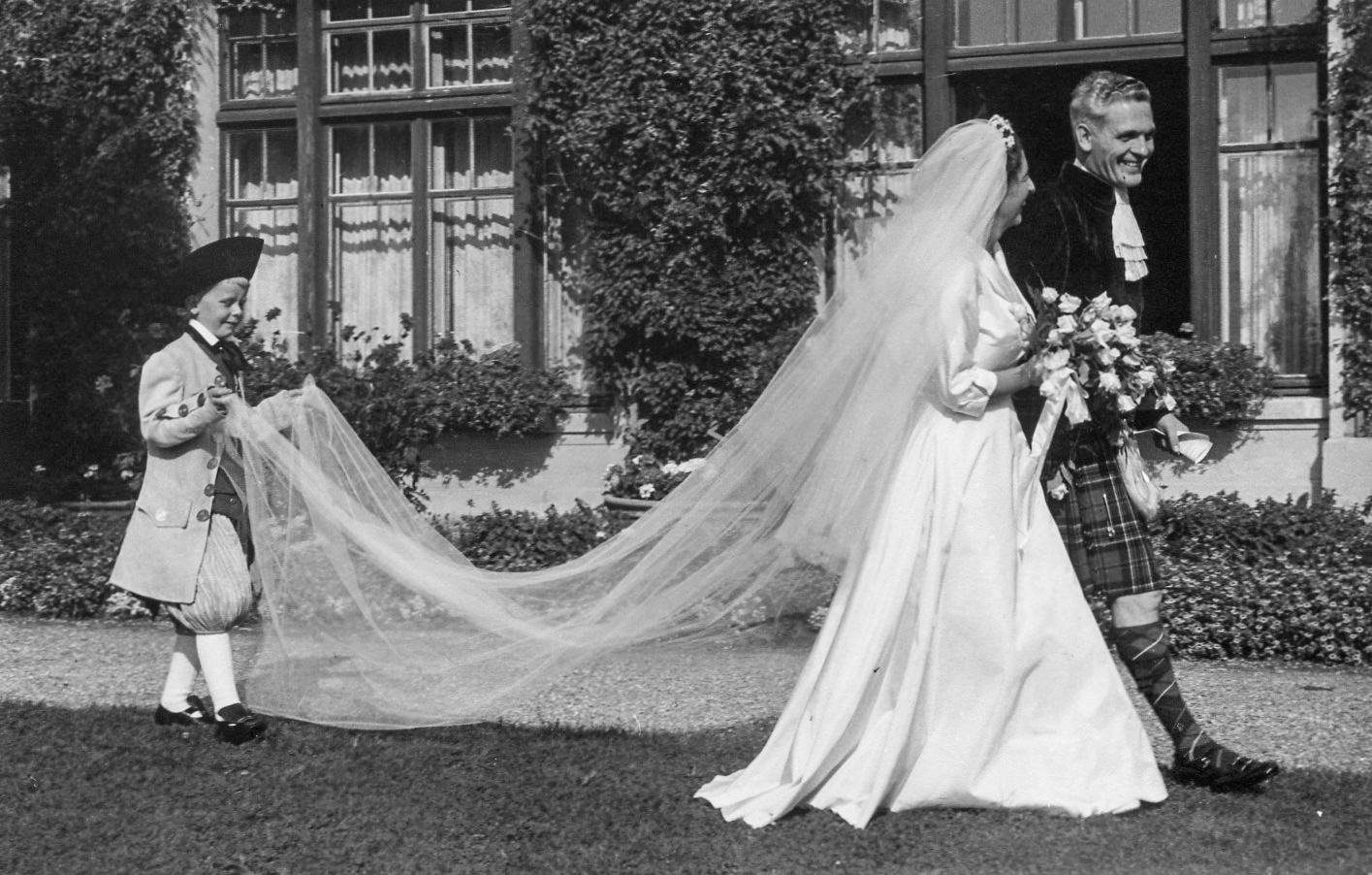 They each encountered Initiatives of Change (then known as Moral Rearmament/MRA) in the 1930s: Elsbeth through Hélène Mottu, who with her husband, Philippe, later headed up the purchase of the Caux Palace; and Adam through his boss in the garage where he worked as a motor mechanic. During World War II, Elsbeth worked in one of her father’s factories, and trained as an ambulance driver.

The outbreak of war caught Adam in North America, where he was taking part in an MRA campaign. He stayed on in the US, working to raise morale and improve industrial relations, particularly in the aircraft industry. When the US joined the war, he was called up and fought in Italy, where he was injured and decorated for his heroism. After the war he based in Italy for 14 years, working with MRA at a time of fierce strife between Fascism and Communism. He got to know Elsbeth, who spoke four languages, when she interpreted for the delegations he brought to Caux.

I do not think anyone could have dreamed up a more perfect place to withdraw from the hustle and bustle of life to think quietly.

Adam wrote of his first visit to Caux, driving a large American car: ‘The brightly tiled roof and turrets shone in the sun. Because of the power under the bonnet of the American Buick there was really no difficulty climbing up the very steep and winding road, but I was to discover it was a test for the immediate post-war small car drivers to make it to the top without boiling or busted radiators. I do not think anyone could have dreamed up a more perfect place to withdraw from the hustle and bustle of life to think quietly.’*

Their engagement took place by mail: Adam was in Italy and Elsbeth in the US. When she accepted, a Communist trade union leader threw a celebration party for Adam – and the union leader’s ex-Fascist father-in-law, not to be outdone, invited Adam to dinner in his home. During the evening, Adam realised that the hill he could see from his host’s window was familiar. He had struggled up that hill under sniper fire during the war. ‘Do you know where the sniper was firing from?’ his host asked him. ‘From that chair you have got your foot on!’

Everyone who was in Caux in 1952 for the summer conferences was included in the wedding celebrations: but some came specially. Among them was an Italian professor and socialist politician, Umberto Calosso, and his wife. They arrived in Caux looking travel-worn, wrote Adam, having received the invitation only a day before, while on holiday in the mountains in Piedmont.

They had to get down to the nearest village on donkeys and find a friend with a small car.

‘They had to get down to the nearest village on donkeys and managed to find a friend there with a small car. Comrade Umberto cheerfully invited his friend to our wedding so, by driving through the night, they arrived in time for the service and festivities, much to our delight.’

Adam and Elsbeth shared their lives for 46 years, until Elsbeth died in 1999.  Adam died in 2008. Theirs was one of many partnerships forged and consecrated in Caux in the last 75 years. 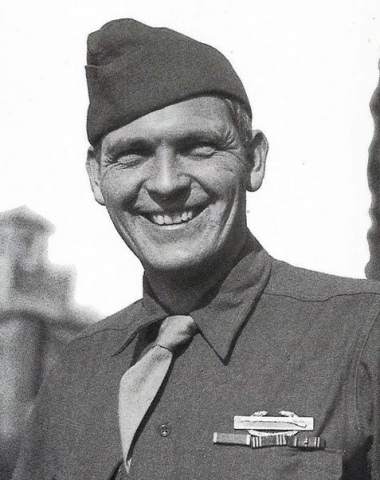 Adam McLean was a born story-teller. It was for his grandchildren that he first wrote the tale of his adventures as a young man which took him from the shores of the Firth of Forth to Hollywood, the aircraft factories of Boeing, into the US Army and finally back to Europe. Discover an extract of his autobiography here:

As he struggled to regain consciousness McLean heard the stretcher-bearers arguing whether it was possible to carry him through the heavy shelling to the mountain tracks.

'Pick up Scotty and get back over,’ insisted his buddy Rocky. 'We cannot go over that open ground to the mountain.‘

'Pick him up now.' They still hesitated. Adam heard the bolt rattle in Rocky’s rifle.

'Pick Scotty up, or you won’t pick up anyone ever again.'

So they took him back ... and that is how McLean reached Rome where he was to spend the great part of the next twenty years, forging friendships with people from all ways of life.

Read more about Adam's adventures in his book Whatever next.