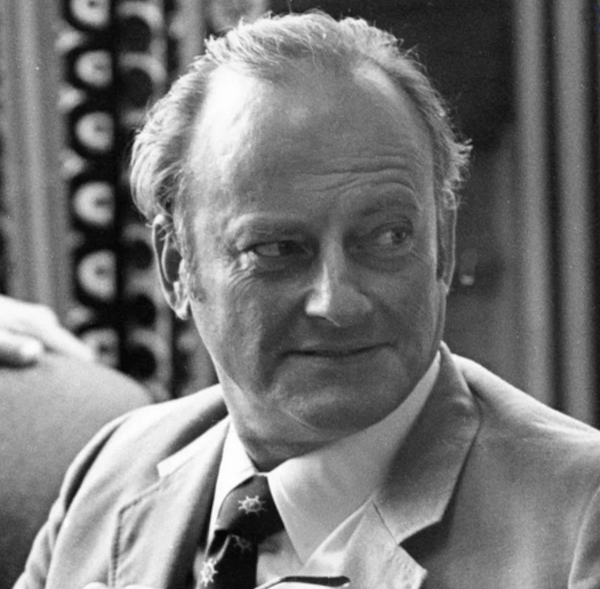 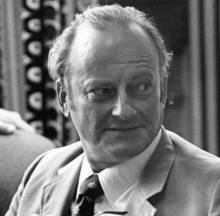 Part of Caux’s magic is the chance it offers for people from conflict areas around the world to learn from each other. In the summer of 1970, meetings took place between groups from Northern Ireland and South Tyrol, a German-speaking province of Italy where communal tensions had erupted into violence in the 1960s. As their own conflict escalated, the Northern Irish were keen to learn from South Tyrol’s journey towards reconciliation.

The unrest in South Tyrol had begun in 1919, when the region was given to Italy after the break-up of the Austro-Hungarian empire. It intensified under Italian Fascism. Although a UN resolution in 1946 agreed that the province should be given regional autonomy, this had not been implemented.

In 1961 German-speaking secessionists blew up 37 electricity pylons, cutting off power supplies to the province’s industrial area, and by the end of the decade the unrest had cost 21 lives.

During 1968, on the suggestion of a Dutch journalist who had been reporting on the conflict, two groups of German- and Italian-speaking politicians visited Caux. There they met people from even more difficult situations than their own. As Karl Mitterdorfer, MP for South Tyrol in the Italian parliament, explained, they realized ‘that in solving our problems effectively, we could become an example for all those in the world who have to come to grips with problems infinitely more complex than ours’.

In solving our problems effectively, we could become an example for all those in the world who have to come to grips with problems infinitely more complex than ours.

During their time in Caux something shifted in the politicians’ relationships, which affected the atmosphere back home. That November Mitterdorfer’s party, which represented the German-speaking community, agreed the Italian government’s proposals for a solution. The Frankfurter Allgemeine Zeitung wrote, ‘Since the summer no more blood has been shed. It appears as if a turbulent period of 10 years has come to an end.’

The meetings in Caux in the summer of 1970 were the result of a visit to Northern Ireland earlier that year by Mitterdorfer and a colleague from his party, Peter Brugger. They spoke at a public meeting attended by government and opposition politicians, Catholic and Protestant clergy, and people who had been on opposite sides of the barricades.

‘Violence is not a solution,’ Mitterdorfer said. ‘In our case, violence sparked counter-violence and led to a fatal spiral. By themselves, even the best laws cannot resolve the problems. A new spirit is needed.’

Mitterdorfer and Brugger had not seen eye to eye on policy and their bitter clashes had threatened to split the party. Mitterdorfer told his audience how at Caux he had realized that he was jealous of colleagues who he saw as more successful and able than himself.

‘After long consideration and some prevarication, I apologized to Senator Brugger. I would not like to overestimate such personal steps as this one. But I know that it introduced a new dimension into our relationship. It may have contributed to keeping the unity of our party, which is indispensable for our relations with the Italian government.’

It took 32 years of further negotiations and legislation before the agreement was finally implemented in 1992. ‘Thirty-two years of negotiations for a 70-year old conflict!’ commented the Journal de Genève. ‘It is no exaggeration to talk about an “historic agreement”.’

Mitterdorfer, who as young person wanted to become a violinist not a politician, was just one of the many people who wove the tapestry of the agreement. ‘It was not a matter of renouncing our rights,’ he told the audience in Belfast, ‘but rather of growing into a responsibility that goes beyond our own interests.’

By themselves, even the best laws cannot resolve the problems. A new spirit is needed.

Discover this film from our archives on the South Tyrol situation (in German only). All the protagonists visited Caux at some point.

1994: The Caux Round Table – Principles for Business

In July 1994, a set of Principles for Business was launched at Caux by the Caux Round Table (CRT), an international forum of business leaders which had been meeting there since 1986....

The Algerian diplomat Mohamed Sahnoun was President of Initiatives of Change International from 2006 to 2009 and founded the annual Human Security Forum at Caux....

Zeke Reich is a psychotherapist at a community mental health clinic in Washington DC who has been to the IofC conference centre in Caux several times over the years. He remembers an encounter which ha...

‘There are two people in the Somali delegation whose names include Omar,’ said the man from the allocation team at the Initiatives of Change conference centre in Caux. ‘As we didn’t have any informati...

Before you arrive in your room in Caux, someone from the housekeeping team will have been there before you, to check that it is clean, that the bed is made up and the light bulbs work. If you can’t wo...

Between 2003 and 2013, Caux was the scene of seven political dialogues between deeply divided Burundian leaders. They brought together representatives of political parties and armed rebel movements, f...

The archives of the Caux Conference and Seminar Centre, now held by the Canton of Vaud, are an endless source of precious information. Swiss archivist Eliane Stallybrass describes the work to preserve...

'I first met Cornelio Sommaruga at a private dinner party. He was then head of the International Committee of the Red Cross (ICRC) and was just back from Cuba, where he’d met with Fidel Castro, in the...

Around the turn of the Millennium, many young Ukrainians came to Caux. Some of them took leadership in Foundations for Freedom (F4F), a programme for young people which offered courses in the values w...

It was a Red-Letter Day in July 1999 when more than 40 young Latin Americans burst through the front door of Mountain House, Caux, and hugged everyone in sight. Gente Que Avanza had arrived – and Caux...

When Ningali Cullen came to Caux in 1998, she brought news of a growing people’s movement in Australia to acknowledge the truth about their history. ...