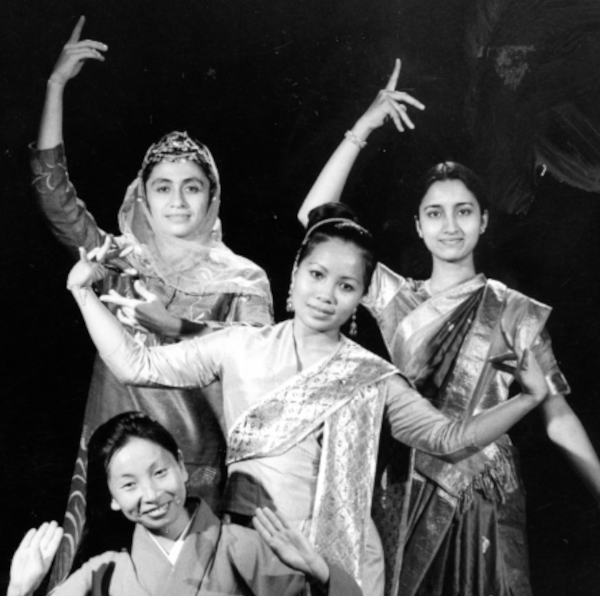 Militant Turkish student Çigdem Bilginer arrived in Caux in 1969 dissatisfied after taking part in student riots against the establishment and the Americans. ‘The American ambassador’s car was burned on our campus,’ she wrote later. ‘But I was disappointed because the people who were out to break down what was already there did not have the answer to corruption and impurity which I was looking for. I was out to try everything and to find something that would really satisfy.’

She loved arguing, to the despair of her parents. An old Turkish lady, friend of the family who knew Caux, suggested she should go there, and Marcel and Theri Grandy, a Swiss couple working for reconciliation in Cyprus, encouraged the idea, feeling that Çigdem would enjoy meeting people from the whole world and various backgrounds. Once at Caux, she argued with all the high-profile people she could find at the conference. She caused quite a lot of upset!

On her tenth day at Caux, completely worn out and talked out, she slipped into the back of the theatre where the film Men of Brazil was being shown in French, sub-titled in German. She neither spoke nor understood French or German.

The feature film tells the true story of reconciliation in the port of Rio de Janeiro, with those involved acting their own parts. At its end, there is a touching scene when the little daughter of one of the port workers is suddenly able to walk, after being paralyzed from birth. It’s a miracle. The scene shows her going into the church with her parents, carrying a huge candle.

People may not forgive me, but my Creator had done so. I felt different. I was not the centre of the universe any more.

Çigdem saw this and began to weep. It came as the culmination of all her discussions and arguments. She ran to her bedroom and threw herself on her bed. Later she said, ‘I knew there was Allah. That Allah was generous, loving, forgiving. As I cried and cried, I felt washed. People may not forgive me, but my Creator had done so. I felt different. I was not the centre of the universe any more.’

A few years later, she joined with young Asians in creating Song of Asia, a musical review telling stories of reconciliation and change. The show toured Asia, Europe and Canada between 1974 and 1976.

In Song of Asia’s programme, Çigdem wrote, ‘Frank Buchman, the initiator of Moral Re-Armament, had the vision for the Islamic countries that they could be a girder of unity for the world.

‘Everyone knows of the suffering and injustice in the Middle East, which has led to so much bitterness and acts of violence. Can those who suffered forgive and the hating ones become free to fight for a hate-free world? We need men and women from these nations who will demonstrate that it can happen."

It altered my whole thinking and freed me from the past mistakes. (...) As a result, we were able to trust each other.

She described how encountering the idea of absolute standards and of listening to the inner voice changed her life. ‘It altered my whole thinking and freed me from the past mistakes, and I put right stolen exam questions, and books which I had stolen from the library, and many things which I had hidden from my parents in my own life. As a result, we were able to trust each other.’

Çigdem went on to teach psychology at Izmir university. On one of her later visits to Caux, a Swiss friend told her about another friend, Ioanna, who was teaching psychology at Geneva University. She had assisted Jean Piaget in his pioneering work on child development and taken his post after his death.

Çigdem invited Ioanna to give a lecture in Izmir. Ioanna is Greek, and Izmir had a large Greek community for centuries before they were driven out by the Turks. So the visit involved much more than teaching psychology. Çigdem and Ioanna became great friends, and, among other things, enjoyed dancing to Turkish music, each in their tradition.

Watch Men of Brazil, the film which impacted Çigdem's life during her stay in Caux.