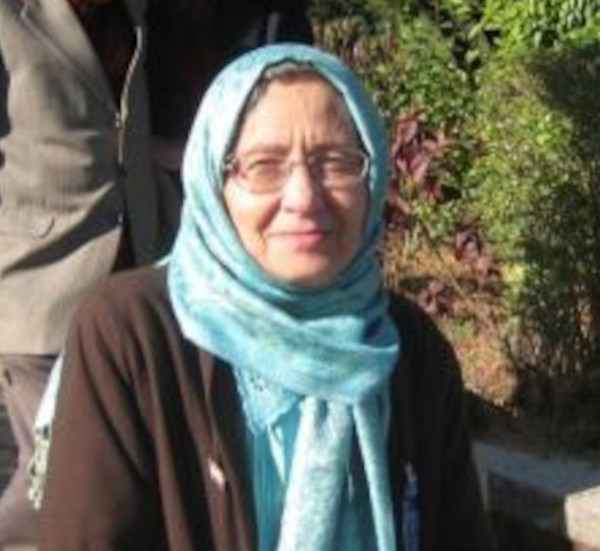 In 1972, three Egyptian students arrived in Caux. Their visit sparked a remarkable series of exchanges in which more than 200 Arab and British students took part over the next decades.

One of the three, Nagia Abdelmogney Said, had taken part in a youth leadership course at Caux in 1968. She had been amazed at the depth of communication between people of different cultures and nationalities. ‘I felt that the common language was the language of the heart,’ she says.

When she returned to Caux four years later, she had a ‘heavy heart’ as she felt that a mistake had distorted her final academic results. ‘I had filed a complaint, but was not satisfied with the response. It meant that I had to repeat the whole year.’

The morning after she arrived, Nagia had a ‘quiet time’ with her room-mate, a Christian from Malta. ‘I was amazed that we both had similar thoughts even though we came from different religious backgrounds. I had remembered a verse from the Holy Qu’ran and she had recalled one from the Bible: both conveyed the same message that “all things work together for those who love God”.’

Nagia and her companions returned to Cairo with a vision for a bridge-building exchange between Egyptian and European students, based on values shared by Islam and Christianity. Their request to the Ministry of Youth was passed on to Mohsen Hussein, then working in Egypt’s Supreme Council for Youth and Sports. ‘Their eyes were glowing with enthusiasm,’ he remembered. He made arrangements for five British students to visit Egypt in April 1973 as guests of the Egyptian Government.

I was amazed that we both had similar thoughts even though we came from different religious backgrounds.

At the British end, the students’ vision had been taken up by Bill Conner, a friend of Nagia’s father, Abdel Mogney Said, then Egyptian Under-Secretary for Labour. Bill had commanded a tank at the battle of El-Alamein in Egypt in 1942. ‘I remember thinking, if I do get back home, I must find something dealing with the root causes of what’s wrong in the world, because clearly this war wasn’t going to do it,’ he wrote later.

Bill and other Moral Re-Armament (MRA, now Initiatives of Change) associates set up a charity, the British-Arab University Association (later known as British-Arab Exchanges – BAX) to coordinate the exchanges. Its aim was to ‘establish firm links of trust and respect between future decision-makers of the Arab countries and the West’.

I was one of the British students who visited Egypt in 1973. We were bowled over by the warmth of our reception: particularly from people who had suffered under British rule. Abdel Mogney Said had been interned twice, yet welcomed us like family.

We were challenged by the generosity and inclusivity of our hosts, and took what we called the ‘Egyptian spirit’ back to our universities. The experience opened our eyes to the wider world, and we all ended up engaged in development, human rights or trust-building in one way or another.

That August, we hosted a return visit of 15 Egyptian students, first at Caux and then in Britain. They came from five universities and had been selected as ‘ideal students’. They were accompanied by Mohsen Hussein and his wife, Lamia, who was Palestinian, and by Nagia. Further exchanges with Egypt followed up to 1979.

BAX went on to sponsor some 40 exchange visits with Sudan, Jordan, Lebanon, and the Palestinian Occupied Territories. In the years before it wound up in 2019, BAX worked closely with the British Council on youth projects. These included welcoming pan-Arab groups from the Levant and North Africa, and a series of leadership training programmes via live video conference between London and Gaza.

Numerous alumni have risen to roles of responsibility in their countries, and have taken part in IofC networks and in Caux conferences.

‘Our interactions made an indelible impact on our developing consciousness,’ Egyptian Samia Kholoussi wrote in a booklet* published for BAX’s 30th anniversary. She had met her husband Aly Elesaby on the 1975 delegation and was now a university lecturer in the US. ‘Being exposed to Western culture through the values and morals of Moral Re-Armament (MRA, now Initiatives of Change) provided us with a positive outlook on the West. Then as now, MRA unravels a vision that thinks across the culture divide and negative stereotypes of monolithic categories.’

Then as now, [it] unravels a vision that thinks across the culture divide and negative stereotypes of monolithic categories.

This story is part of our series 75 Years of Stories about individuals who found new direction and inspiration through Caux, one for each year from 1946 to 2021. If you know a story appropriate for this series, please do pass on your ideas by email to John Bond or Yara Zhgeib. If you would like to know more about the early years of Initiatives of Change and the conference centre in Caux please click here and visit the platform For A New World.
Featured Story
Off
Topics
75 stories 75th anniversary
Event Categories
75 stories 75th anniversary