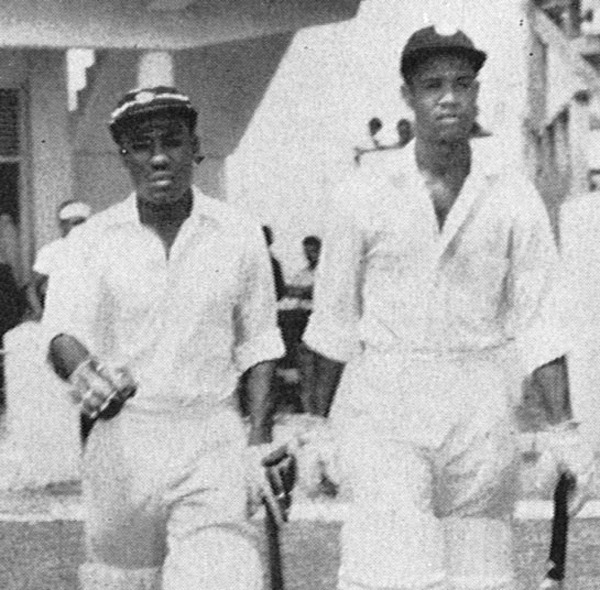 The West Indian cricketer Conrad Hunte was often at the conference centre in Caux in the years following his retirement from first class cricket in 1967. So much so that he once said that he was having to get used to not being welcomed as a celebrity every time he arrived.

Conrad, from Barbados, was the Vice-Captain and opening batsman of the West Indies cricket team when they were world champions. During their tour of Australia in 1960-61, he gave a radio talk in Adelaide. He concluded: ‘I hope to contribute much to the world effort of sowing love where there is hatred, reaping peace where there is war and spreading light where there is darkness.’

He received many appreciative letters from listeners, but he felt he was a hypocrite, as he wrote later in his autobiography Playing to win. His Christian convictions didn’t stop him ‘exploiting women for my pleasure’ and using cricket ‘for fame and fortune’.

The next test match was in Melbourne, where an avid cricket fan, Jim Coulter, invited him to see the Moral Re-Armament (now Initiatives of Change) film The Crowning Experience, portraying the story of African American educationist Mary McLeod Bethune.

After the film Conrad said, 'I have felt we [Barbados] may get our independence but whoever can harness the bitterness left from slavery will finish up in charge of my country.' The film, Jim Coulter wrote, ‘was the first thing Hunte had seen that could deal with that bitterness. He decided to try Bethune's approach of listening in quiet for God's direction.’

That Easter, Conrad made his first visit to Caux. The weekend ‘was like an opening of a window on a new world,’ he wrote. ‘On the evening of Good Friday I gave my life to God and asked him in the silence of my own heart what I should do.’ His first step was to pay back money to his father that he had stolen and to the West Indies Cricket Board of Control which he had cheated on his expense accounts.

His early retirement from cricket was prompted by two factors: a knee injury which forced him out of the sport for six months; and the gathering storm-cloud of racial hatred in Britain, where he had lived since 1956, and around the world.

He feared that other blacks would regard him as an Uncle Tom, while a challenge to white British to change would meet with ‘fierce resistance’. As he walked down a street in Mayfair, he had the compelling thought to look up. There on the wall was a beer advert: ‘Take Courage’*. He went into the church opposite ‘and on my knees accepted the commission to fight with others to forestall racial violence in Britain’.

He went into the church opposite ‘and on my knees accepted the commission to fight with others to forestall racial violence in Britain’.

When Martin Luther King was assassinated in 1968 the police expected major riots in Notting Hill, London, and elsewhere. When they didn’t happen, local authorities attributed this in part to encounters of Black Power members with Hunte and his colleagues from Moral Re-Armament over the previous months.

Hunte’s campaign took him to 33 British cities before he was invited to the US to help in race relations there. In Roanoke, Virginia, he met Patricia (nee Wilson) in 1979. They met again in Caux the following year. They were married on her parent’s farm in Cascade, Va, in 1982. They lived in Atlanta, where Patricia became a TV news anchor, and they had three daughters. In 1992 the family moved to South Africa, where Conrad trained young Africans in poor communities in cricket and promoted reconciliation.

Hunte returned to Barbados in 1999. There he was knighted and won the presidency of the Barbados Cricket Association.

On a visit to Sydney, Australia, later that year, he suffered a heart attack while playing tennis with Jim Coulter. He died, aged 67. ‘Thousands and thousands of young South Africans are better because of his influence,’ said Ali Bacher, head of cricket in South Africa, at his funeral.

Thousands and thousands of young South Africans are better because of his influence.

Watch Conrad Hunte in an interview in Chapter and Verse (1976)