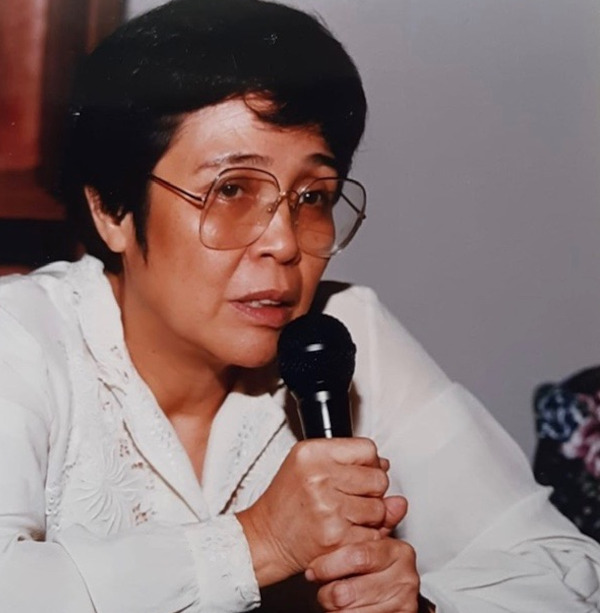 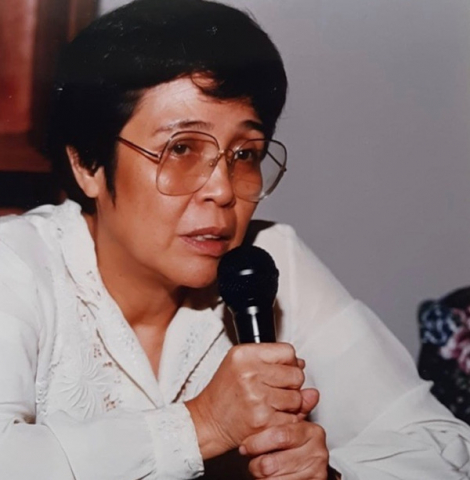 Renée Pan, a Cambodian refugee living in the US, came to Caux in 1985 on a mission – to learn how to forgive.

Renée had fled Cambodia with her two younger children in 1975, five days before the Khmer Rouge took over the country. (Her eldest child was already in the US.) Her husband, who was deputy prime minister, stayed behind. She never saw him again. She could only assume he was one of up to two million Cambodians killed by the Khmer Rouge between 1975 and 1979.

In the US, Renée studied statistics and computer science and found work. She also joined up with the Cambodian exiles who were working to liberate their country, but was discouraged by the feuding between them. Her efforts to promote unity only seemed to create more distrust.

‘My energy did not regenerate itself,’ she recalled. ‘My brain was empty and my heart was numb and insensitive. I got angry very easily, hated bad people, was unhappy, selfish and did things foolishly.’

By 1985 Renée was living in Minneapolis-St Paul, where she saw For the Love of Tomorrow, a film about Irène Laure’s work of reconciliation after losing her hatred of the Germans at Caux in 1947. She decided to go to the Initiatives of Change conference centre in Caux that summer to meet her. Local friends made it possible for her to take time off from work and family, and one of them, Catherine Guisan, travelled with her.

Renée plunged into life at Caux, but struggled with the challenge it posed to her life. ‘Every night I had a fight with myself,’ she said. Finally she had a short meeting with Irène Laure (then aged 87) and asked her how to forgive. Irène told her that the key was to take time in silent reflection, alone.

I was always wanting so much to help others, I had never thought of liberating myself.

‘I was always wanting so much to help others, I had never thought of liberating myself,’ Renée recalled. ‘Through that quiet time the Buddha teachings became real to me for the first time. I realized that my mind was consumed with the “three fires of the world” – greed, anger and foolishness.’ She decided to spend time in quiet every day, as ‘an indispensable food to nurture my mind’.

Renée spoke from the platform at Caux of her decision to forgive the Khmer Rouge. ‘You could have heard a pin drop,’ remembers Catherine. ‘Forgiving the Khmer Rouge was understandably controversial at that time.’

Her first step on returning to the US was to apologize to friends for putting them down. She made both a personal and a public apology to a leader of the Cambodian liberation movement, and it was accepted. ‘I felt such relief,’ she said.

In 1988, Renée and friends in Minneapolis-St Paul founded the Cambodian Children’s Education Fund (CCEF). Gerry Kozberg, a senior Saint Paul school administrator, helped her conceive an innovative programme to set up computer centres in Cambodian villages. For Gerry, who was of Jewish Russian descent, this was a way to contribute to rebuilding society after another people’s experience of genocide, beside the Holocaust.

Vietnam had occupied Cambodia in 1979 and thrown out the Khmer Rouge. Ongoing fighting meant that the CCEF focused on providing teachers’ training in the refugee camps on the Thai-Cambodian border.

With great courage, Renée went to speak to 40 teachers in the camp reserved for Khmer Rouge refugees, following through on her decision at Caux to forgive and ask forgiveness. ‘I was quiet and calm. I knew that the hatred was over at that moment.’ Afterwards one of the officers asked her, ‘Can the world ever forgive us?’

In 1991 the Paris Agreement brought Vietnam’s occupation of Cambodia to an end. Renée returned to rebuild her country, working with the UN peacekeeping operation in the run-up to democratic elections in 1993 – and promoting reconciliation alongside colleagues inspired by the ideas of Caux. One of their tools was a Khmer translation of For the Love of Tomorrow. She went on to help set up Cambodia’s National Computing Centre. However, political conditions made it impossible to pursue the CCEF programme.

I was quiet and calm. I knew that the hatred was over at that moment.

In 1994, Renée and other Cambodians inspired by the ideas of Initiatives of Change invited David Channer – who had made For the Love of Tomorrow – and his son Alan to make films to foster healing and renewal in Cambodia. More than 1,000 copies of two films, The Serene Smile and The Serene Life, for which Renée served as a consultant, were distributed across the country.

In 1998 Renée became a Buddhist nun (see top photo), taking the monastic name of Ajahn Bodhipālā. She is now a member of the Amaravati Buddhist Monastery in the UK.

Watch the film For the Love of Tomorrow which changed Renée's life.