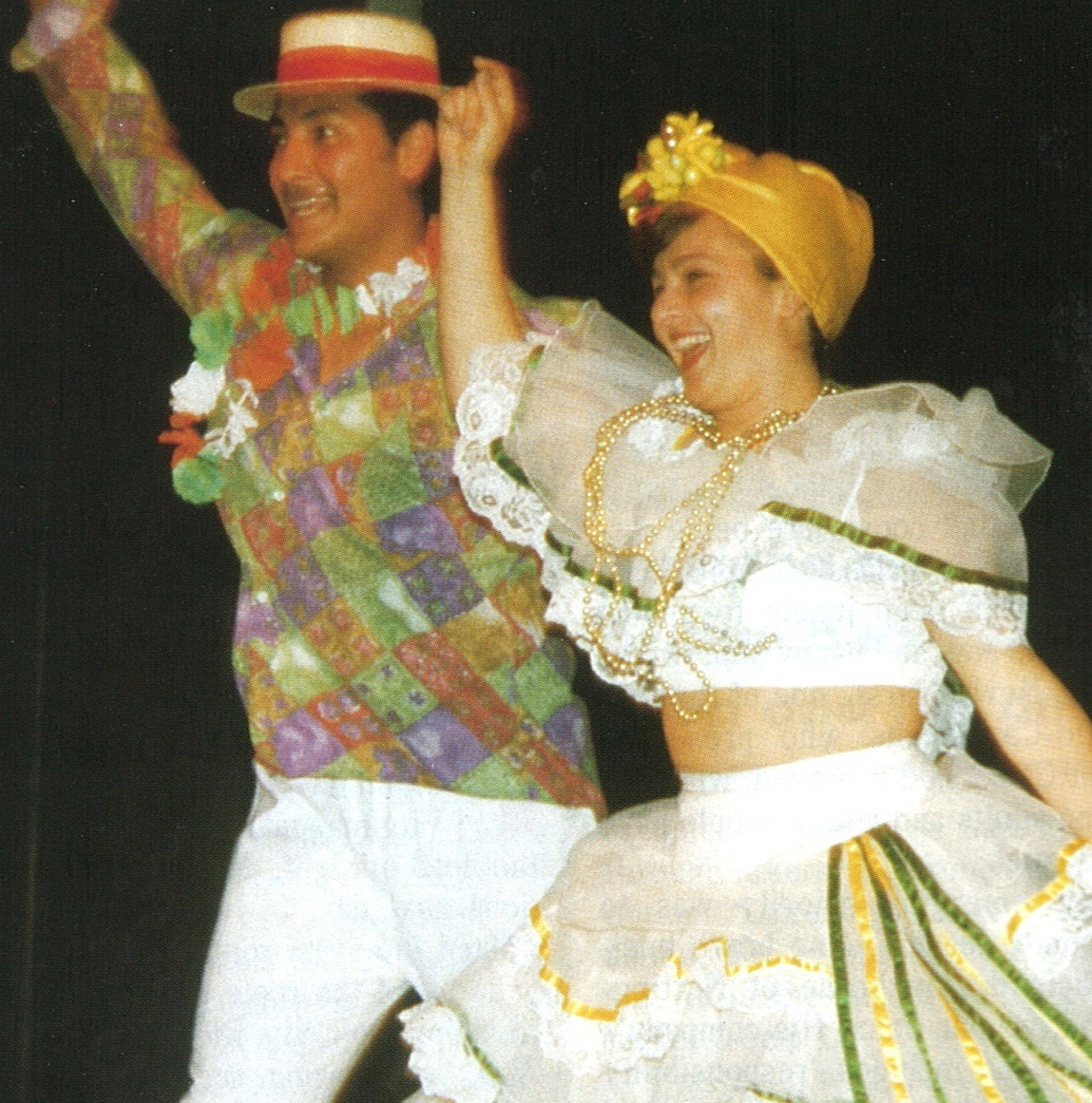 It was a Red-Letter Day in July 1999 when more than 40 young Latin Americans burst through the front door of Mountain House, Caux, and hugged everyone in sight. Gente Que Avanza (GQA) had arrived – and Caux would never be quite the same again.

‘I was at Geneva Airport when the group arrived – and cascaded through the reception area with such exuberant singing that even the Swiss security officials were tapping their feet!’ remembers Helen Duigan of Pretoria, South Africa, whose youngest son, Francois, was part of this cast of young people. ‘I felt such gratitude – this was a miracle unfolding.’

Gente Que Avanza had already established itself across Latin America as a movement dedicated to helping young people find a life purpose based on integrity and the values and world vision that came out of Moral Re-Armament (MRA, now Intiatives of Change). For some 30 years it had toured the continent with a mix of musical, dance and cultural programmes, inspiring young people to mine their talents and place them at the service of society.

‘The idea for the Caux experience started in December 1998 at our home, Waaigras, outside Pretoria,’ says Francois Duigan, who had joined the GQA cast in 1996. ‘I was back from Latin America for a few weeks and a friend from Sweden, Gunnar Söderlund, was holidaying with us with his family. As we talked about what I had been doing, the idea came up that some of the cast might visit Caux.

‘I think it came from Gunnar, with his broad thinking and mighty vision, and he was ready to run with it. I went back to Latin America with the task of floating the idea with the cast and other members of the Coordination (the cast’s planning body).’

Fabiana Villavicencio, a member of the Coordination at the time, remembers: ‘Gunnar came to Santiago where we were touring in early 1999 and launched the idea at one of our meetings. Our eyes sparkled with the possibility. We immediately started dreaming about it, even though it seemed impossible.’

At first, the idea was to send a smaller group of 10 people, but Gunnar was adamant that the whole group of about 40 should go. He said that if the idea was right, the money would be found to get them all to Caux.

Exciting as the idea was, the decision to go was not an easy one, says Fabiana. In the 1960s there had been a break between Moral Re-Armament and the cast, and for some this past was still painful and unhealed. ‘Nonetheless, we knew that if it was something of God, and if we kept an open spirit, everything would happen as he intended.’

Then, finally, it was happening! ‘We had the money to finance five people and then 10, 15, 30, 40,’ says Fabiana. ‘It was incredible! It wasn’t only the fact of leaving the continent for an undreamed-of adventure, but the possibility that nobody from the group would be left out.’

It was incredible. Nobody from the group would be left out.

Francois again: ‘Our arrival in the beautiful setting above Lake Geneva was out of this world. The reception was so warm and enthusiastic, we were oblivious of any division or hurt that existed. We danced and sang and made as much noise as young Latin Americans do! We got involved in the day-to-day work groups at Caux and interacted with people from all over the world. For each of us, it was the experience of a lifetime.’

And the long-term impact of this extraordinary visit? ‘The reconciliation that took place between GQA and MRA/IofC,’ says Fabiana. ‘The request for forgiveness that Jeanette Alonso, one of our founders, shared with everyone in the big room was a great example of humility and honesty in living our call concretely.’

Today, the close relationship between Gente Que Avanza and Initiatives of Change is a visible sign of what started with that visit to Waaigras in December 1998.

For each of us, it was the experience of a lifetime.

Watch a video presentation of Gente Que Avanza in Portugese.