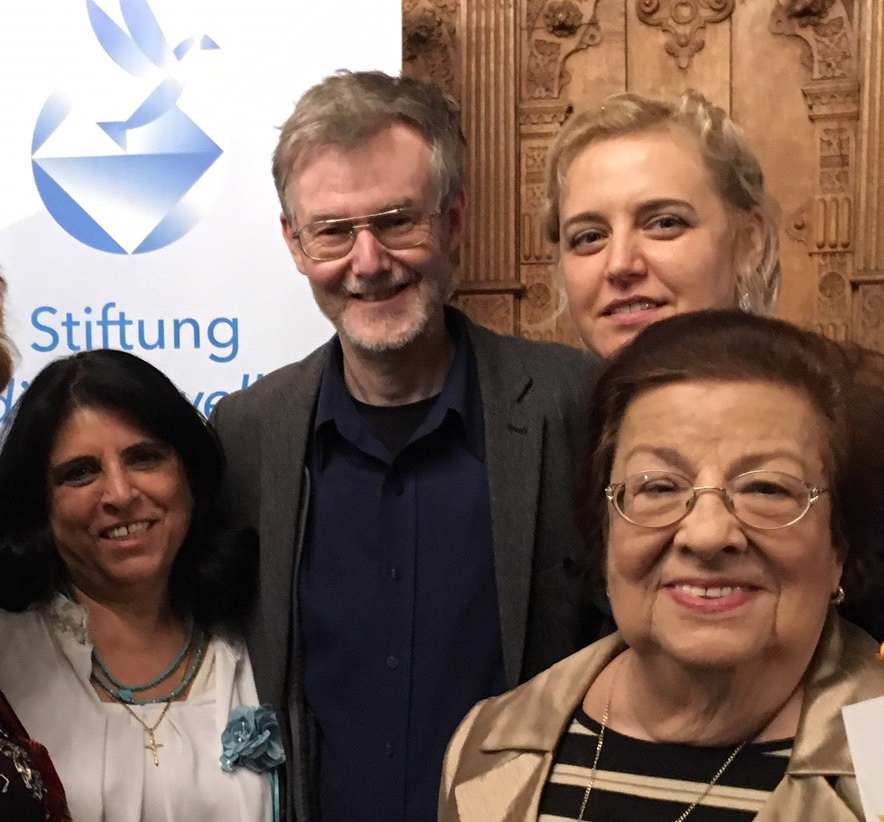 Dr Alan Channer, who has been one of the organizers of the Caux Dialogues on Land and Security since their inception, was a runner-up for this year's Bremen International Peace Prize.

The prize honours people and organizations that ‘set a good example in their work for peace, justice and the integrity of creation’. Dr Channer was nominated for his work on land, security and climate. The citation said: ‘How does one mutually foster peace and climate protection? What power comes out of local peace initiatives? Alan Channer is providing an important contribution to Muslim-Christian relationships and reconciliation between ethnic groups.’

Dr Channer’s work as a film producer, project director, researcher and writer is tightly linked to Caux. For the Love of Tomorrow Films, his film production company, has its roots in Caux. Dr Channer also met the Imam and Pastor in Caux and this meaningful encounter eventually led to the making of two award-winning documentaries. More recently, Alan launched a Summer Academy on Land, Security and Climate in partnership with the GCSP which took place as part of the Caux Forum 2019.

Download the brochure of the Bremern International Peace Prize

One-man film crew, Oliver Gardiner, travels to remote regions around the world to tell stories of how people have addressed complex issues through food, farming and land use....