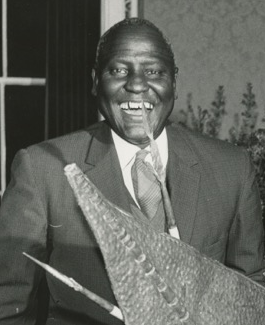 In 1966, a senior Sudanese politician, Buth Diu, presented the London headquarters of Moral Re-Armament (MRA, now Initiatives of Change) with spears and a hippotamus leather shield, as a token of his desire to end tribal and regional warfare in his country. ‘We can use our spears on fish instead of on each other,’ he said.

Buth Diu’s intentions had not always been so peaceable. He grew up in the Nuer region of what is now South Sudan, and started paid work as a house servant of the British District Commissioner in the years before independence. With no formal schooling, he taught himself to read, write and type. He won the prized post of interpreter, founded a political party, and was elected to parliament in Khartoum.

In 1956, Sudan gained independence from its British and Egyptian rulers. The South Sudanese (who finally achieved a separate state in 2011) resented the domination of the Arab North Sudanese. In their turn, the North Sudanese had a saying: ‘a Nuer next door is a fire next door’. Buth Diu’s fiery speeches in parliament bore out this apprehension.

It was in Caux at the conference centre of Moral Re-Armament, in 1958, that Buth Diu’s commitment to reconciliation was born. Then Minister of Works, he was part of a delegation of politicians sent by the Prime Minister. Buth Diu was amazed on his first morning when his room-mate, an Englishman, cleaned his shoes. Later he commented, ‘I felt MRA must be a revolution.’

He pledged himself to work for reconciliation.

He was enthralled by the film Freedom (see 1955) and conferred with the Africans who had written it. At a plenary meeting, he apologized for his hatred of the North Sudanese, and for his domineering approach to political rivals in the South. He pledged himself to work for reconciliation. Back home a new joy came into his family life, and he named a newborn son after one of the Northern Sudanese who was at Caux with him.

The next years in Khartoum were tough. A military government swept away parliament, and civil war escalated in the South, a devastating setback for the whole country. Buth Diu brought Northern and Southern Sudanese together in his home, where he often showed them Freedom or other MRA films.

When democracy returned for a few years, Buth Diu became Minister of Animal Resources. In 1966 he won cabinet approval for Harambee Africa, a musical revue created by young Africans inspired by MRA, to give two weeks of performances in Sudan as guests of the government.

Over the years a close rapport developed between him and Dr Mohammed El Murtada of the Ministry of Labour, who was applying MRA’s formula of ‘not who is right but what is right’ to industrial disputes.

At the time, Buth Diu was building a new house. One evening he and Murtada sat at a table in its shell, and jotted down some ideas on how the North-South war might be resolved. Next day they took them to the Ministry of the Interior. The following year, some of their ideas resurfaced in the peace agreement of 1972, which brought 10 years of intensive fighting to an end.

Some years after Buth Diu’s death in 1975, Mohammed El Murtada became Director of the Ministry of Labour. When he attended the annual International Labour Organization conference in Geneva he often visited Caux.  In 1983 he wrote: ‘I learned from Buth Diu’s example that the settling of problems does not depend primarily on technicalities and formal approaches.  Basic solutions come from a cure to the weaknesses of human nature – pride, fear, hatred and suspicion. These can be replaced by forgiveness, love and common targets for the wellbeing of a nation, as individuals find the courage to obey God’s guidance.’

In the years since, Sudan’s history has been turbulent. Caux has continued to receive groups working for reconciliation, both from the North and from the South, before and since its independence.

I learned from Buth Diu’s example that the settling of problems does not depend primarily on technicalities and formal approaches. 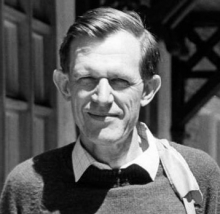 After a deep personal change on meeting Moral Re-Armament during his studies, Peter Everington switched to Arabic for his last year at Cambridge. He was 23 years old when he went to Sudan for the first time, teaching English for eight years with the Sudan Ministry of Education. In more than twenty return visits since, he has kept up support for the peacemakers of North and South. Peter was awarded Sudan’s highest decoration for services to education.

Harambee Africa from IofC & For a new world Archives on Vimeo.