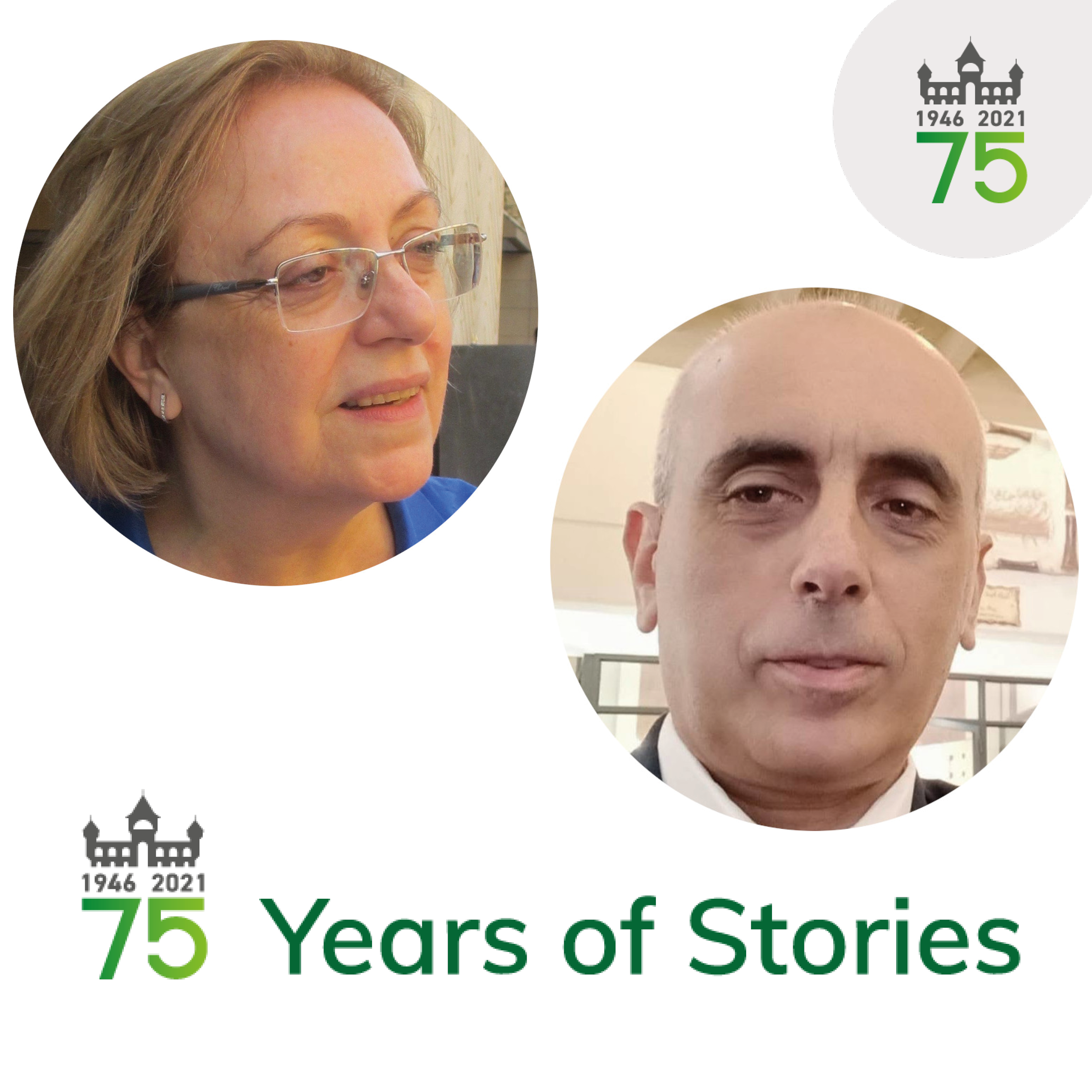 The Caux summer of 1988 at the Initiatives of Change conference centre began with a Mediterranean Dialogue, attended by people from all over the region, followed by a 10-day ‘youth training session’. One of the largest groups to attend these events came from Lebanon’s Christian and Muslim communities, who had been engaged in civil war since 1975.

Even getting to the airport to fly to Switzerland had its dangers. ‘I had to go through several checkpoints and some of them belonged to our so-called “enemies”,’ remembers Joe Hakim, then 22 years old. ‘It was not so safe for me. But I was convinced I had to go because Initiatives of Change had started changing my life.’

This was Joe’s first trip out of Lebanon. He found himself making friends from many countries. ‘Coming from a situation of war, you feel as if you are the centre of the world. But I started seeing things in a different way: Lebanon and I were no longer the centre. I realized that I did not need to pity myself. I am not a victim. Rather, I am responsible.’

I realized that I did not need to pity myself. I am not a victim. Rather, I am responsible.

In Caux, Joe got to know a Muslim Lebanese, Munir Al Khatib. ‘Once we got home we started with my friends and his friends to build bridges. It was risky at many levels. We gathered people from different backgrounds and communities, to discover the other person who was at some point the enemy.’

For Marie Chaftari, the visit to Caux came at a dark period in her life.  For ten years, she had been a communications officer for the Christian militia: her husband, Assaad, was second in command of its intelligence unit. Then, in 1985, a split in the Christian militia forced them to leave Beirut with their baby son. ‘Over night we went from being called heroes to being called traitors,’ she says. They lost their home and found themselves living among strangers, in constant fear of assassination.

In 1988, a priest asked Marie when she had last been to confession. ‘What have I got to confess?’ she snapped back. ‘I’m the victim.’ She told him how much she had sacrificed for the cause of Lebanon’s Christians. ‘He said, “What about love? The only cause is love.” Something turned in me, and I began to cry.’

That encounter led to Marie’s visit to Caux that summer, accompanied by her three-year-old son. ‘I came back to myself there,’ she says. ‘I asked myself, how can I be a Christian and hate? I began to look again at my opinions.’

Back in Lebanon, the change in Marie had an impact on her husband, Assaad. He went along to an IofC meeting with a gun hidden under his belt and two bodyguards waiting outside. The meeting challenged him to look back over his life. ‘All I saw was a path full of blood.’

Two years later Assaad took part in his first dialogue with Muslims. He went armed with a list of grievances – and was disconcerted to find a Muslim had brought an even longer list. ‘I discovered many things at those meetings. I discovered Muslims had real names, they had families, dreams, and expectations and that if we did not have the same political opinion we could at least still respect each other.’

I discovered Muslims had real names, they had families, dreams, and expectations and that if we did not have the same political opinion we could at least still respect each other.

In 2000 Assaad wrote an open letter of apology in the Lebanese media for his role in the atrocities committed during the civil war. The New York Times described him as the one major participant in Lebanon’s civil war who had ‘truly apologized’. He and other ex-combatants, Muslim and Christian, founded Fighters for Peace, which works to convince young people that war is not the way.

Before 1988, Marie says, ‘the Other’ for her was the Muslim. Now one of her closest friends is a Shi’a Muslim, Lina Hamade. Together they founded Linaltaki (’let’s meet’), an organization which brings together women and runs summer camps for children from different communities.

Joe Hakim, too, has devoted his life to building bridges. Now the operations manager of a large company dealing with intellectual property, he says that volunteering in the Caux dining room taught him the meaning of servant leadership.

‘I learnt how to support, help, serve, listen, understand, appreciate – how to work together with people from different backgrounds, communities, perspectives, ages, generations.’ He feels a particular calling to help young people find their purpose in life. ‘I offer my friendship, my fellowship – and this helps me at the same time.’

In the dark days that Lebanon is going through once again, flames like these, lit in Caux over the years, provide sparks of warmth, hope and light.

I learnt how to support, help, serve, listen, understand, appreciate. I offer my friendship, my fellowship – and this helps me at the same time.