A shared adventure between Switzerland and Africa for sustainable peace 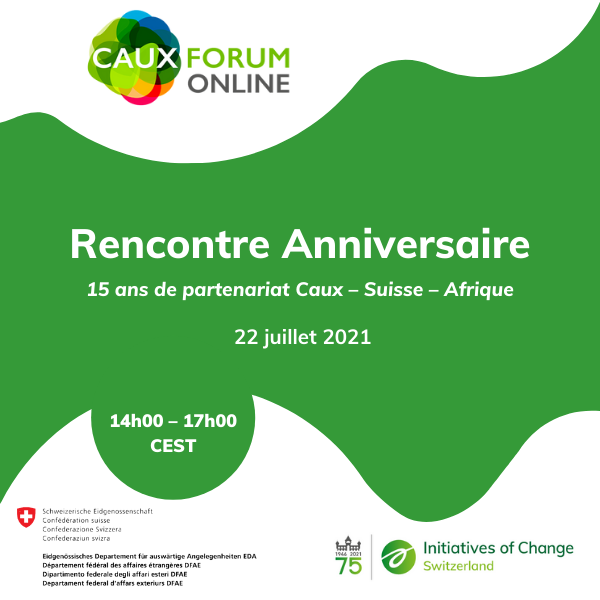 This wonderful virtual meeting honoured the links between the Caux Forum and Switzerland on the occasion of the 75th anniversary of Initiatives of Change Switzerland (IofC) and 15 years of partnership with the Federal Department of Swiss Foreign Affairs (FDFA).

This meeting has a history. The relationship between IofC Switzerland and the FDFA is long-standing, but has been strengthened in recent years through the support provided to the Caux Forum by the Peace and Human Rights Division of the FDFA. The series of conferences held each summer by the Caux Forum on the themes of just governance and human security, or the dialogue on environment and security, illustrate this partnership, as do the events regularly organized by the FDFA in the former Caux Palace, which offers a setting conducive to peacebuilding activities.

This anniversary year also provided an opportunity to highlight the extent to which IofC Switzerland’s peacebuilding activities are integrated within those of the many institutions of international Geneva that gravitate around the United Nations, whose European headquarters are in the city.

The meeting echoed the official commemoration of IofC Switzerland’s 75th anniversary, which took place on 5 July 2021 (see the high-level panel gathered on that date). Both testify to the shared values of peacebuilding and human security, and to Switzerland’s attachment to what the conference centre in Caux represents at the international level. A 2018 interview has already captured this relationship.

But the special bond that has deeply united the two institutions over the years remains above all a shared attachment to the African continent, a relationship to which this meeting paid tribute.

The day’s programme revolved around two focal points. Firstly, a panel of three African speakers (see below), moderated by Rainer Gude, who co-directed IofC for seven years until earlier this year. This was followed by a series of four facilitated workshops.

These workshops aimed to show how the IofC Switzerland conference centre in Caux has been a meeting place for two perspectives: a Swiss way and voice (rethinking security in the face of violence, through a desire for peace and conflict prevention) and the ways and voices of those from the African continent who want to share and to commit themselves to sustainable peace.

The programme also saved space to share some of the stories that have taken place in Caux, told by those who climbed the mountain after having travelled the thousands of kilometres which separate it from Africa. The influence of this place is due in part to the serenity that emanates from its unique, meditative geography, and to the image of a Switzerland committed to the defence of human values. But above all it is due to the human encounters that have taken place here each year for nearly eight decades, and which contribute to forging peacemakers.

Finally, the story which wove itself between Caux, Switzerland and Africa, also helped to strengthen the francophone links of the global movement that is Initiatives of Change. The anniversary meeting emphasized this aspect by being held in French. It took place online, but  with the organizing team based in Caux. So Caux was at least present at its anniversary! 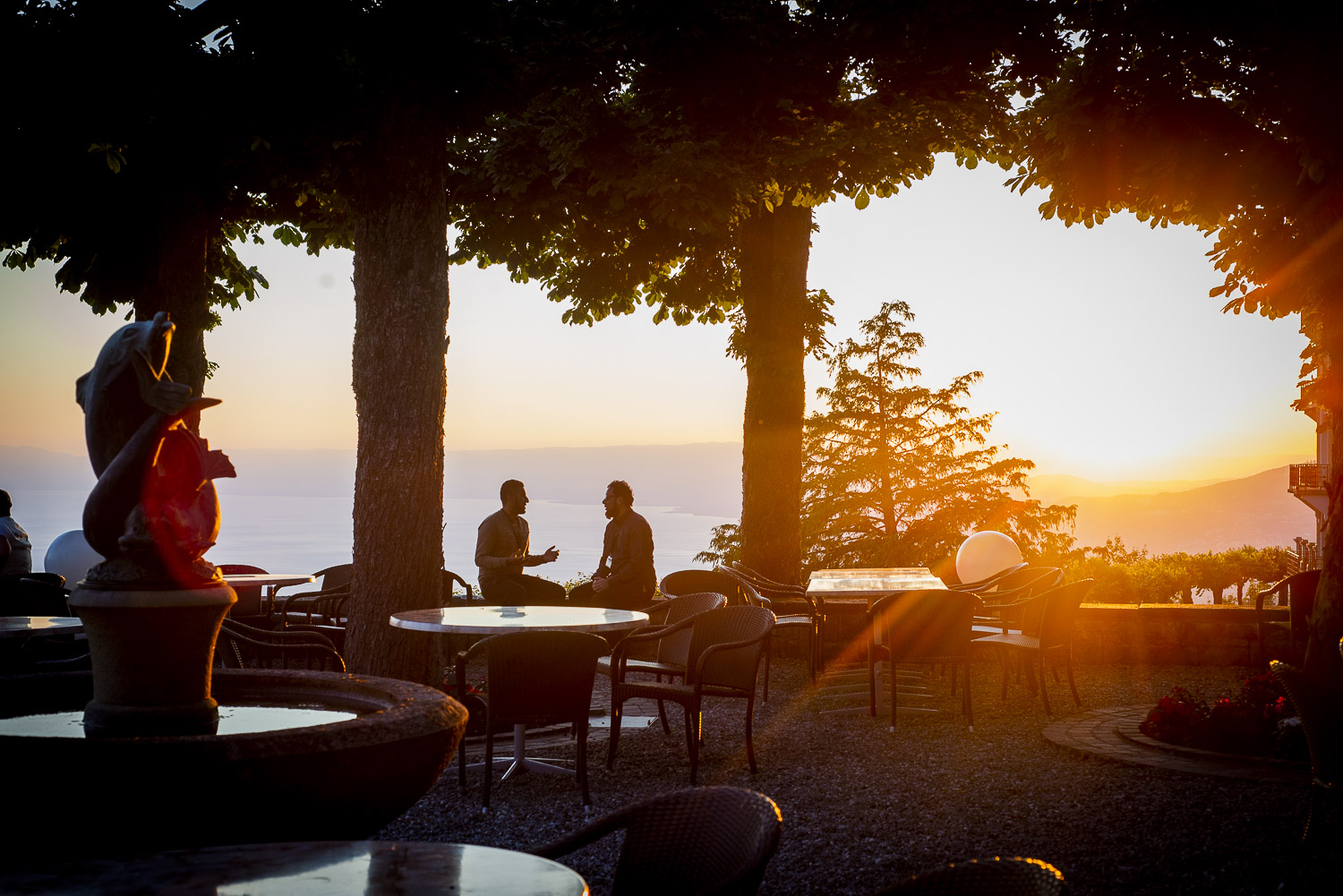 The meeting opened with a panel entitled: ‘Rethinking Security and Preventing Violence: a path between Caux, Switzerland and Africa’.

The panel was introduced by Christine Beerli, President of IofC Switzerland, who insisted on the importance of mutual listening, and moderated by Rainer Gude, Executive Coordinator of the Geneva Peacebuilding Platform. Its members were:

The first question for the panelists was ‘What are the main changes that you perceive to be occurring in terms of conflict and violence, and what measures should be taken?’ They spoke of the trivialization of violence and the hate speech that permeate our societies, even if positive progress can be seen, for example in Burundi.

When asked ‘What has Caux brought to you?’, their eyes began to shine: exceptional encounters, a propitious place for meditation, the importance of silence in building peace, and a place of personal commitment, of rejuvenation and of listening. One panelist summed up the reality of Caux in four words: history, memory, duty and hope.

The questions that followed concerned the role that the conference centre in Caux and Switzerland could play in promoting peace in the future. According to the panellists, support for peace actors, whether governmental, civilian or private, national or local, is essential to their dynamism; the same is true for young people, who need to be valued and supported in participating in the life of their country.

Caux and Switzerland must continue, and even increase, their commitment to political and personal dialogue, sharing, listening and following up actions undertaken. One mustn’t give up. The world has confidence in Switzerland, a country with no colonial past, which bears the values of humanism, and which can, as a state, support the development of other countries, as much in terms of infrastructure as in the mediation and prevention of violence.

The participants were then divided into four facilitated workshops, held in parallel:

■ ‘Experiencing the Caux Peace and Leadership Programme’, was facilitated by Désiré Tuyishemeze from Burundi. He summarized his group’s discussion by emphasizing two points: the importance of meeting francophone people at Caux, and releasing one’s tensions, and even hatred, when in a leadership position.

It's all very well wanting to change the world – but change must start with oneself.

■ ‘Sharing moments of nostalgia and inspiration for the future: what Caux gave me’ was facilitated by Angelo Barampama from Burundi. He reported on the gratitude of the participants who all left their stay at Caux feeling ‘soothed’.

Our children were with us in Caux, and the magic also worked on them. If we include children in a framework which teaches them to listen to others, that prepares them to become peacemakers too.

■ ‘Reflection on Switzerland and Africa; what role can Caux play tomorrow?’  was led by Stéphanie Buri from IofC Switzerland. She described how on several occasion the conference centre in Caux played a key role in bringing together citizens of the same country who found it impossible to speak to each other when at home (and how it would be necessary to bring those same people back to Caux to build on their dialogue), and how the removal of titles and status of Forum participants facilitates encounters and  self-awareness.

There should be more encounters between people in conflict, more direct mediation. Further engagement of the Swiss authorities in financing the IofC Switzerland Foundation; federal, cantonal and local authorities. We have here a wonderful example of decentralization.

■ ‘Experiencing Peace Circles’ was facilitated by Marienne Tene Makoudem from Cameroon. She reported the very concrete results of the Peace Circles, rejoiced in their impact on family and intergenerational dialogue, and underlined the importance of exchanging in a common language (French, in this case).

Caux revealed the creator of peace who was sleeping inside me.

The meeting ended with a conclusion from Frédéric Chavanne from France, who recalled the importance of IofC Switzerland and of the FDFA in the political dialogue in Burundi, demonstrated the need to listen and to avoid offering solutions from the outside and, finally, encouraged Caux and Switzerland to collaborate with other countries of the Global North.

The importance of reconnecting head and heart – going up to Caux helps us in this, and we must persevere

You missed the event? Watch the replay in French here.

Discover the report on this summer's online event on Lennart Segerstråle’s masterpiece in the Caux dining room and watch the replay!... 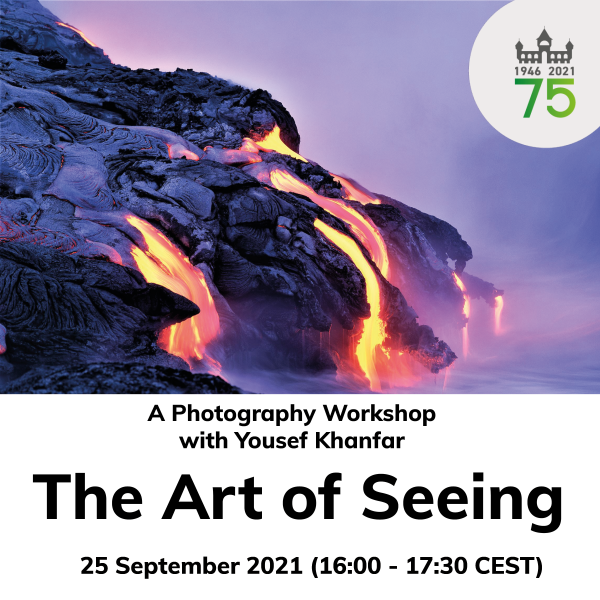 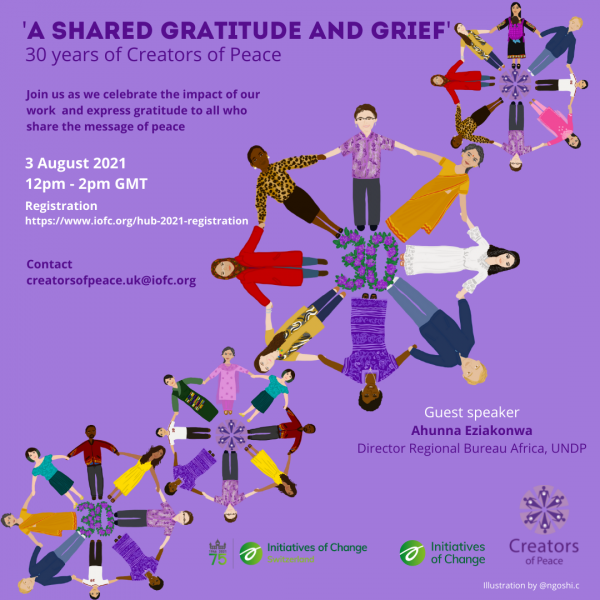 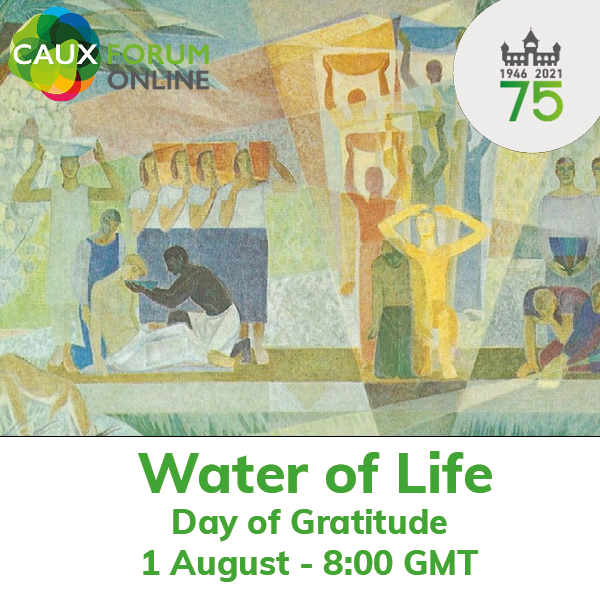 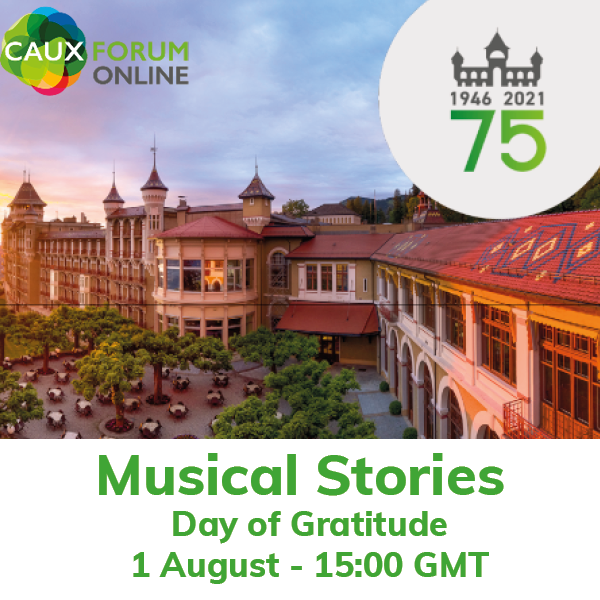 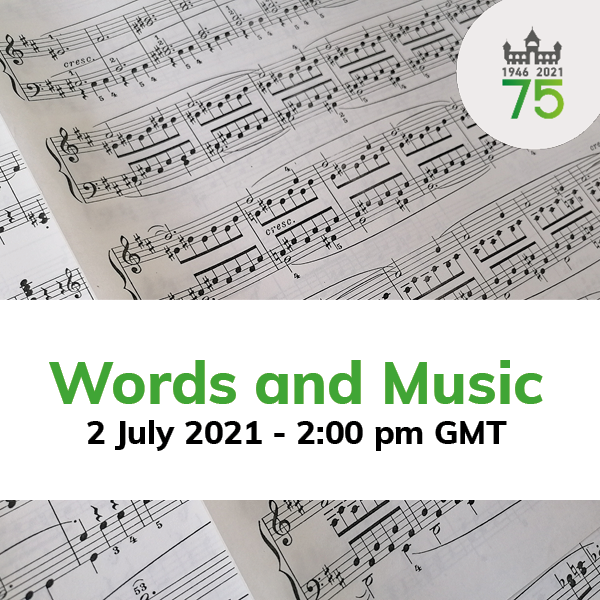 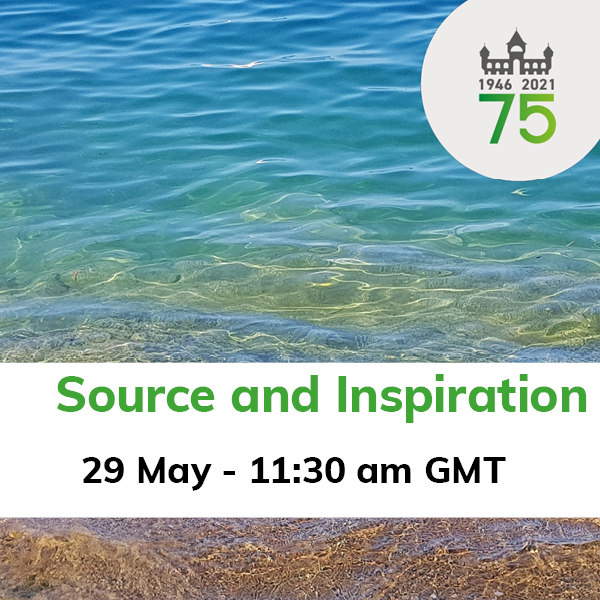